On Friday, Jan. 17, ASUCR held their second meeting of the quarter.

During Committee Reports, CHASS Senator Miguel Ramirez began discussion of the bill SB-W20-001 and invited senate intern Orlando Cabalo, a first-year history major, to speak on the matter. Cabalo stated that he had been working on the new bylaw change with former President Pro Tempore and former School of Public Policy Senator Preeti Juturu. The change would make the removal and vacancy procedures of members in the cabinet more concise. The proposed change would also define malfeasance and dereliction of duty in Section 5 and Section 6 of the bylaw. Section 5, Item A defines malfeasance as “malicious intent to harm an individual physically, to engage in bribery (whether monetary or otherwise), an intense self-service through one’s elected office, and/or other high crimes/misdemeanors.” Section 6, Item A defines dereliction of duty as any consisted and repeated violation of the job required by all members in ASUCR.

Cabalo stated that he believes the definitions of these terms are important because “in the constitution it is really vague so, especially with malfeasance, you can just be impeached for anything that anyone thinks is bad.” President Julian Gonzalez added that he had concerns over certain items in the bylaw that are inconsistent with the constitution and would potentially be influencing a shift in power between the branches. 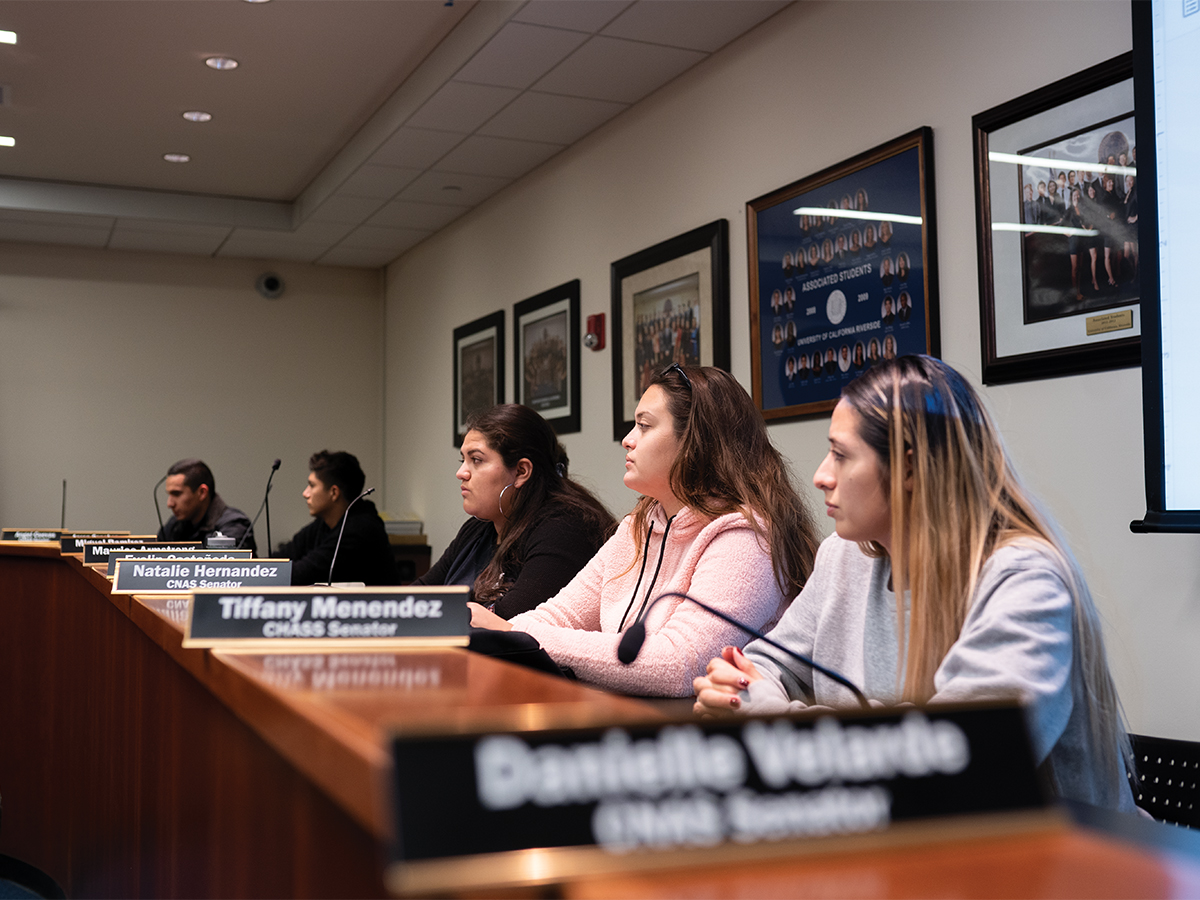 Gonzalez stated that this would be going against the constitution because it states that the five added directors are part of the executive branch. “We’re not supposed to define anything in the bylaws because, when it comes to issues or charges brought up to the judicial council, the judicial council is in charge of creating that definition … which can always be different year-to-year depending on who the justices are,” stated Gonzalez. Cabalo argued that without the definitions of malfeasance and dereliction of duty, the bylaw is too vague to enforce. The senate motioned to table senate bill SB-W20-001 until next week’s meeting and the motion passed 10-1-0.

Vincent Rasso, the government and relations director for ASUCR, stepped up to the podium to discuss SB-W20-002 to update and amend the titles of the ASUCR Lobby Corps Committee to include three coordinators for local, state and federal government relations. Additionally, a campaign coordinator and a legislative analyst would be included. The bill was approved 10-0-1.

Next in Committee Reports, Elections Director Dyanna Castaneda discussed ASUCR’s collaboration with the Student Conduct and Academic Integrity Program (SCAIP) to check the grades and misconduct for the previous quarter of any candidates running for senate. ASUCR would send the names and ID numbers of potential candidates to SCAIP and they would tell them if they are eligible to run. Senator Kim raised concerns over the short background check of only one quarter and asked if it was possible to extend the checking period to an entire academic year. Due to the urgency to make a decision because of candidacy opening on Wednesday, Jan. 22, the proposal was approved and the senate agreed to make the proper changes next year. The motion passed 11-0-0. The elections timeline was also approved 11-0-0.

During Executive Official Reports, Castaneda stated that during next week’s meeting, the senate will be voting on a candidate to fill the president pro tempore and school of public policy senator vacancies.These vacancies follow the resignation of former President Pro Tempore and Public Policy Senator Preeti Juturu. ASUCR Marketing and Promotions Director William Wang stated that he will be making more of an effort to stay up to date and consistent with posting on ASUCR’s social media pages. He also wants to increase tabling for the rest of the year with interactive activities and promotional items to attract more students.

During Senator Reports, Adam Gutierrez introduced himself as the new CHASS Senator after CHASS Senator Aaron Sanchez’s resignation. He stated that he has joined the campus safety committee to identify the poorly lit places on campus and they have begun working with UCPD to patrol in those areas. He is also part of the Highlander Union Building (HUB) governing board, who are currently discussing possible renovations to the HUB first floor that would accommodate more seating.