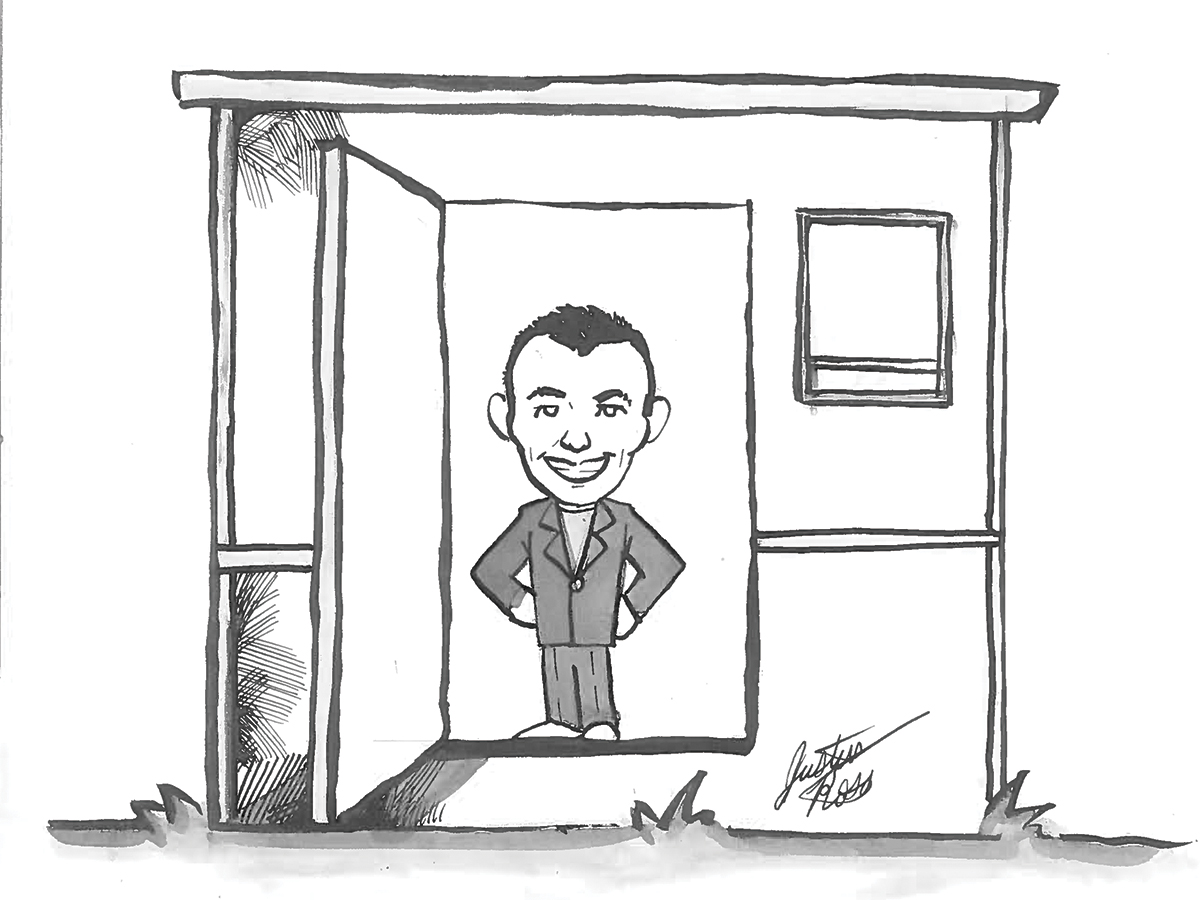 Riverside Mayor Rusty Bailey has spent somewhere between 10 and 15 nights in an aluminum homeless shelter since the beginning of October in an effort to raise awareness for the city’s homeless crisis. The shelters, designed by Pallet, are 8 feet wide by 8 feet long, and while Bailey’s shelter was not equipped with a heater or an air conditioner, the shelters are designed to accommodate them in future builds. It is heartening to see such a long-time advocate for homeless reform make the effort to understand his constituents. At the same time, it is important to recognize that while the Pallet shelters are a step in the right direction, efforts to aid the homeless should not stop here.

Mayor Bailey is simultaneously calling attention to a drastically long overlooked issue while also educating himself on said issue. Too few elected officials know what it’s like to be trapped outside when it’s cold and raining. If there is any hope of progress, elected officials need to understand the importance of a roof over one’s head.

The security the shelter provides is perhaps their greatest asset. Each structure comes with a lock, which is invaluable when living on the streets. Theft is an unfortunate but common occurrence, and occupants will likely rest a little easier knowing their bags won’t be taken from them while they’re asleep. The security of the shelter is particularly noteworthy in that it provides a safe space for homeless women, a population that is especially at risk for physical and sexual assault.

At the same time, one must not get hung up on praising the mayor. These aluminum shelters are a solid foundation, but it is time to focus on improving the sheds themselves.

There is one immediately apparent flaw: these sheds do not come equipped with a bathroom, a sink or a kitchen. Occupants will have no access to running water. Pallet had originally designed the sheds to contain these important fixtures, but they were later advised against including them by formerly homeless employees, who warned that providing such amenities could discourage occupants from ever leaving. The fear that people may overstay their welcome led them to redesign the structure so that it now has space for up to four beds, a shelf, a heater, an air conditioning unit and nothing else.

At first glance, the view that people need to be encouraged to seek better circumstances may seem like a well-meaning sentiment, but it ignores the fact that, in the meantime, many of these people have no reliable access to a bathroom or running water. It can be hard to find a job when one isn’t able to find a shower first, and many women need bathroom access for sanitary reasons.

Like the anti-homeless spikes found under overpasses and the slanted benches found outside bus stops, this just seems like another effort to push homeless folks out of spaces. The shelters are 64 square feet, which is six square feet less than the California standard. Perhaps that space could be filled with a sink or a toilet. Equipping the shelters with plumbing may complicate the process, but the people will be better for it.

Of course, shelter alone does not solve the homeless crisis. This is but the first step toward a more permanent solution. Those who insist that the homeless should be making every effort to escape poverty cannot say so in earnest without actually providing the homeless with a way out. There must be a path to employment. It would be another expense, but if local job listings were provided at the shelters folks would have a way out.

That being said, it is incredibly difficult to obtain and then maintain a job if you are struggling with addiction or mental health issues, as many attempting to survive homelessness are. Oftentimes, those out on the streets suffer from addictions that are no fault of their own — addictions that they developed due to the opioid epidemic. It is all too easy to become dependent on prescription drugs, but when the prices of those drugs begin to rise, many people find themselves turning to cheaper, more readily available alternatives, like heroin.

The critique that those who are homeless are homeless simply because they refuse to work is an all too common one, but it is also horribly ignorant and shortsighted. It is difficult to find work and perhaps even more difficult to keep it when you’re addicted to substances or your mental health is suffering. If society is serious about “getting folks off the street,” rehab and mental health services will be necessary. People must be given the means to escape poverty.

Moving forward, one must not forget that fighting homelessness is a regional effort. Bailey has come out and said that he will not be running for reelection in March of 2020, so California residents must take care to vote in leaders who will continue to fight for positive change. If efforts are to be successful, however, elected officials like Eric Garcetti, the mayor of Los Angeles, would do well to take a page out of Bailey’s book and go out and interact with their constituents. There is nothing to be learned by leaders staying in their ivory towers.

These Pallet shelters are a heartening step in the right direction, but they certainly are not the last step. While it is true that legislation addressing homelessness is notoriously difficult to pass, the lives of thousands of individuals depend on reform. The stigma associated with homelessness must be addressed and erased. It’s within society’s best interest — after all, 40% of Americans are just a paycheck away from facing poverty themselves.