Highlander
Home Radar Off The Record Bombay Bicycle Club attempts to bring indie music back together with ‘Everything... 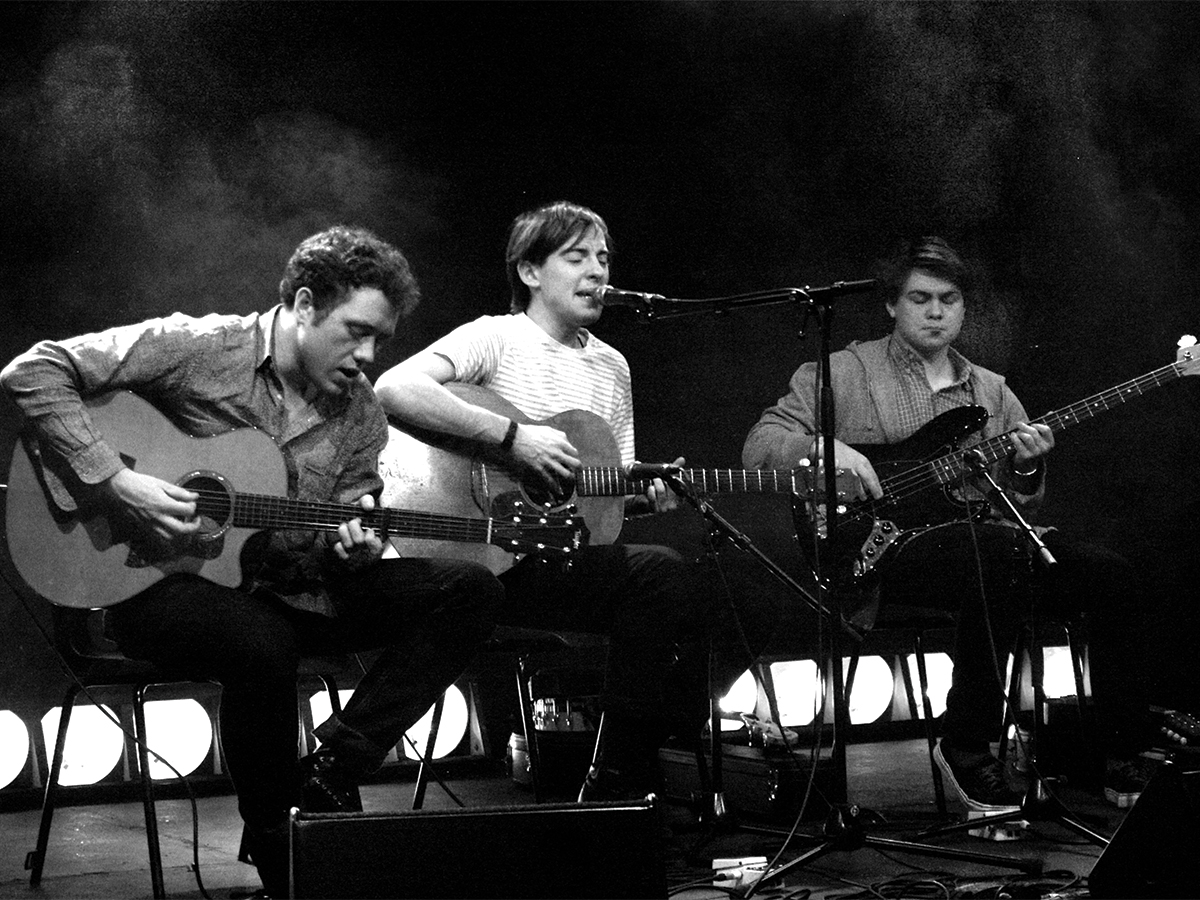 There was a period of time in which radio-friendly indie music had its Golden Age, when every song sounded slightly similar to one another. Every hit single had a self-reflective theme of youth or love or being a youth in love over a catchy synth beat, of course. This was not only true for Bombay Bicycle Club’s hit song “Always Like This” from 2009, but it is also still the case for their latest album, “Everything Else Has Gone Wrong.”

From the title alone, a listener would expect perhaps a more melancholy, self-reflective, lyrically mature album, but instead one finds themselves wondering if they have been listening to the same song for the last 41 minutes. For a band that has been around for over 10 years, one would hope for a glimmer of change or some artistic growth. Instead, lead singer Jack Steadman sings on “I Can Hardly Speak” that he “got that ego, what do I know?” which is apparent, due to the band’s stubbornness to change with the tide of indie music.

Every track on the album has a similar format of synth-soaked instrumentation, a repeating and unchanged drum beat, maybe a sprinkling of trumpet and saxophone and backup vocals repeating Steadman’s lyrics. However, there are flashes of artistic progression with the song “Good Day” in which Steadman laments over the current state of the world with “The melting ice caps in my drink made me stop and think about time running out.” This is a poignantly relatable piece that reflects the general hopelessness that millennials and Generation Z feel on a regular basis. The lyrics echo the lack of control any of us really possess to combat issues like climate change, or the cult of toxicity that is prevalent in global politics — Steadman just ultimately wishes for “a good day.” An additional bright spot on this album is the title track “Everything Else Has Gone Wrong” which, similarly to “Good Day,” does not follow the conventional format of synth, drum and echoing lyrics the rest of the album unfortunately follows. The track “Everything Else Has Gone Wrong” is catchy without being annoying and features an electric guitar riff that works beautifully with Steadman’s spoken word like vocals.

Unfortunately, after the first five tracks on the album — like the title suggests — everything, indeed, goes wrong. What follows are six songs that blur together in an unspectacular one-note way that makes up the rest of the album. For so many bands similar to Bombay Bicycle Club that had their hay-day in the mid 2000s and 2010s, it is difficult to artistically progress without abandoning their original fan bases while still trying to appeal to new ones. For example, Arctic Monkeys, who have been making solid indie rock music together since 2006, took a risk with their sound with 2018’s “Tranquility Base Hotel & Casino,” which was negatively received by older fans of the band but appreciated by new audiences. Conversely, the band Vampire Weekend, who have been making music since 2008, is able to make new projects that do not isolate fans of their older repertoire and still attracts new audiences. Regrettably, Bombay Bicycle Club has neither taken a risk with their sound for the sake of new audiences, nor do they appeal to their older audiences that want something different.

Verdict: Ultimately, “Everything Else Has Gone Wrong” is a background noise type of album. It’s  best enjoyed while cleaning or studying, but not for a listener who is looking for an active and immersive listening experience.