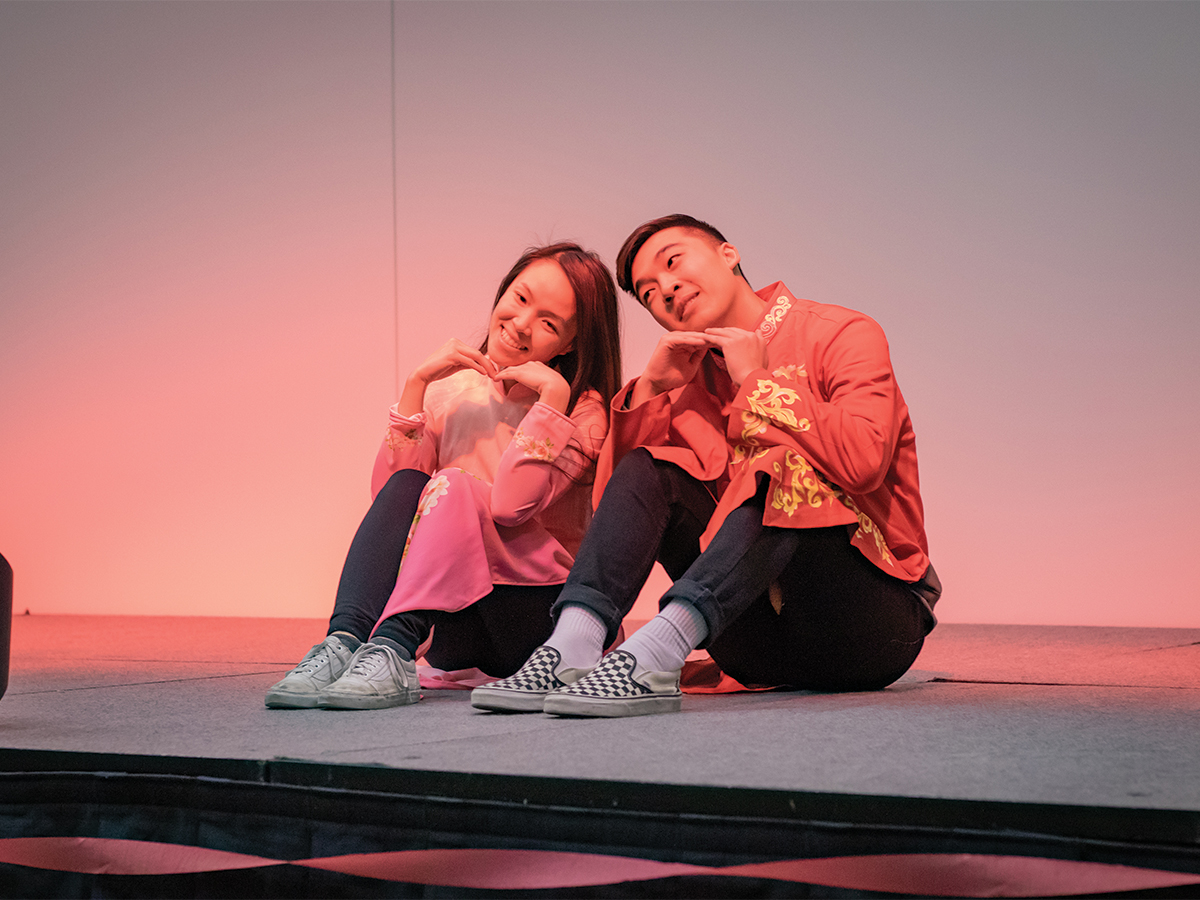 On Tuesday, Jan. 28, Asian Pacific Student Programs (APSP) held a Lunar New Year Festival to celebrate the Chinese New Year, which was on Jan. 25. As performers like Jereena Montemayor took the stage in HUB 302, students dined on pork, chicken and vegetarian sandwiches.

Upon entrance, students received a meal ticket for said sandwiches, which could be turned in after receiving signatures from clubs and organizations throughout the floor.

The event drew in students to interact with the clubs and resources on campus related to Asian communities such as: the Chinese Union, the Vietnamese Union, Katipunan and Asian Pacific Counseling Treatment Center (APCTC).

Amanda Nicole Dumaguindin, UCR alumna and APCTC outreach coordinator, stated, “I think (reducing mental health stigmas is) really important around the Lunar New Year as we reflect on what our intentions are for wellness and commit to stigma reduction.” The APCTC site states that they take a “multi-disciplinary and culturally sensitive approach to address the psychological and social needs of their clients.” Dumaguindin’s group came out that night for outreach and to introduce students to inter-generational parenting classes and mental health workshops to fulfill their mission and to demonstrate the sense of community outside of the campus.

Performances from numerous East Asian cultures were held throughout the night by groups like the Senryu Taiko group and Katipunan, a Filipino cultural student program. The Japanese group, Senryu Taiko, performed Taiko, a form of drumming style which refers to the Japanese drumming style as stated by Taiko Center Co. Katipunan performed the tinikling dance, a popular Philippine folk dance.

When it came to the adherence of tradition, Angela Tran, a fourth-year psychology major, stated, “As someone who is Vietnamese-American this is something very different from what I would celebrate back at home. I really enjoyed it because while it isn’t traditional, I do like the solidarity among the different types of Asian groups.”

The festival gave Asian students an event to build a sense of community. Second-year political science major Jeremy Wong added, “Coming out to UCR’s Lunar festival, this is my first time coming out to these events, and it’s really nice bringing in the community together and celebrating the new year.”

Matthew Sunga, a second-year public policy major and student APSP coordinator, talked about the cultural combinations seen throughout the night. “I think the Lunar New Year Festival does a really good job at representing the diversity that we have here at UCR. It’s a great way to have our student organizations come out such as Katipunan, Vietnamese Student Association, Chinese Student Association and Nikkei Student Union (a Japanese-American social and cultural club).”

When it came to festival performances, the crowd was excited when headliner Jereena Montemayor took the stage. Montemayor is a Houston rhythm and blues singer who got her start on YouTube and is now a rising artist. The audience was energetic and invested as she sang songs like “I Like U”, “Rose” and “Best of a Kind” throughout her performance, becoming all the more lively once the performance became a duo after a student accompanied her on stage with a guitar. After the show, students waited in line to meet Montemayer and take pictures.

In response to the crowd’s reactions, Montemayor stated, “The energy was definitely great. They were really active with my songs. They were making funny comments to help me ease my anxiousness.”

Some advice that Montemayor has for students aspiring to be entertainers is, “We need more representation. We would need a lot more diversity in the music world. Just push through because I never would have thought that I would have made it this far.”

The Lunar New Year’s Festival concluded at 8 p.m. APSP will be hosting Asian YouTube personalities Chris Lam and Raina Huang as part of their APSP Speaker Series. Coming this Thursday at HUB 302 from 6 p.m. to 8 p.m., both will speak on their careers and their perspectives of the API community.