Highlander
Home Radar The final season of ‘BoJack Horseman’ is an unexpected but fitting end... 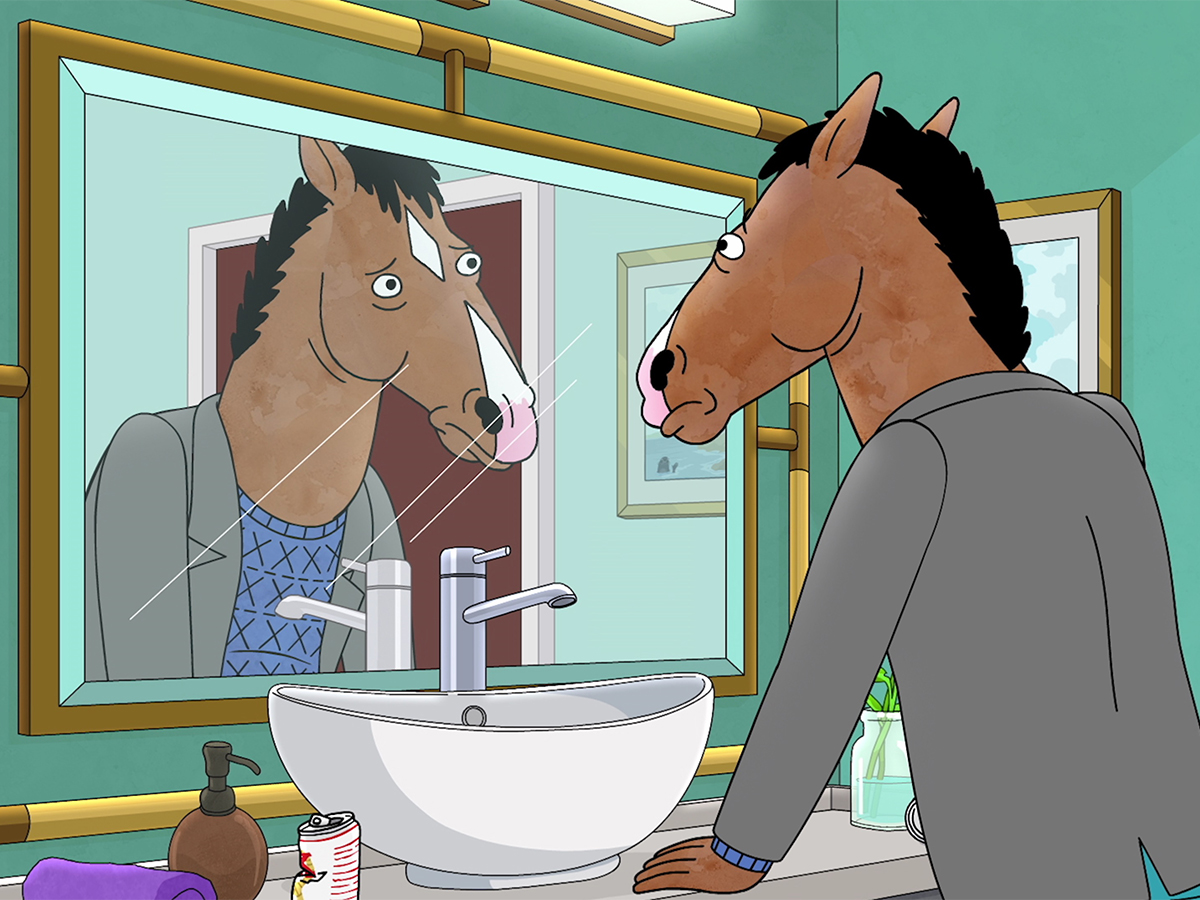 Every great television series eventually meets its end as cancellations and rushed endings are quite prevalent in today’s media outlets. With a final eight episodes, Netflix’s premier show, “BoJack Horseman,” has finally come to an end. For over five years, the combined talents of series creator and writer Raphael Bob-Waksberg, cartoonist Lisa Hanawalt and voice actor Will Arnett (BoJack Horseman) have worked to push the show to greater heights. After five successful seasons, the two-part final season had major shoes to fill in order to fully wrap up a multitude of different storylines and character conflicts. While some of the decisions made to the end were questionable, the finality of the season was handled well as it was able to give a satisfying ending.

The second half of season six retains the familiar style “BoJack Horseman” is known for as each episode focuses on different characters and their various dilemmas. With the first few episodes relying on this format, the latter half gives us a more intimate look into BoJack’s struggles. We start with BoJack’s life as a professor and eventually witness the build up of his mistakes come to a crescendo over the eight episode run. While a majority of episodes are a natural progression of the show’s evolving story, the ending does come across as a tad too rushed. Despite this, the season never came across as unfinished or inconclusive. At its core the series has been character driven, and this season was no different as we get to explore the final storylines of our main characters: BoJack Horseman and Diane Nuygen.

As the star of the show, BoJack Horseman takes center stage. He begins his journey as the drunk, unhinged, self-deprecating horse fans have come to love. Yet in this final season, his story is full of redemption while he carries the cost of his past actions. Overall, BoJack was able to overcome his demons and be a better person for his own sake. Despite losing people who care about him, he successfully builds a better outlook on life based on the mistakes and faults of his past. Yet, in classic “BoJack Horseman” fashion, nothing ever ends happily. He is forced to face the biggest demons that have been eating away at his psyche for the past five seasons. His story to combat these problems is compelling and engrossing; it will leave viewers on the edge of their seats wondering what comes next for the famous sad horse.

“BoJack Horseman” is widely known for its various portrayals of mental health issues and the struggles that come with managing them. This final season is no different as characters must battle their own demons and come to terms with finding help and changing for the better. Most often this motif follows Diane Nuygen (Alison Brie), who constantly struggles with anxiety and depression. Particularly, the episodes that highlight her mental health problems are frighteningly relatable and very clever in the portrayal of her anxiety-fueled spirals into deeper depressive episodes. After divorcing Mr. Peanut Butter and experiencing the single life, she finds herself in a healthier relationship with a bull named Guy who helps her navigate the frightening world of medication and getting help. While she struggles to pull it together, she finally gets the peace and stability she’s been wanting for six seasons.

Even the show’s various side characters were given great resolutions to tie their stories together. Most notably, Mr. Peanut Butter was given a very fulfilling character arc. Throughout the series, he has constantly relied on his various partners to help him wade through life. Yet, after his relationship with Pickles Aplenty peters out, he learns to become independent and focus on his own life first and foremost. While Mr. Peanut Butter has been a joke character used for ironic humor for a large portion of the show, the writers managed to weave in a clever and gratifying resolution to his story.

The laid-back freeloader Todd also gets a pretty solid concluding arc to round out his story. After having a falling out with BoJack, Todd has spent quite some time trying to find a purpose, from leading a play to developing a dating app for asexual people. Eventually, it leads him to a very fulfilling place with Princess Carolyn as he seemingly finds solace in finally having a stable job and relationship.

The final season of “BoJack Horseman” ties up essentially all of the important threads and conflicts the show has been building for nearly six years now. While these final eight episodes carry a sadness and finality that feels deserved and necessary, it’s unfortunate to see it end so soon. Many series too often continue well after their prime, but “BoJack Horseman” was right in the midst of its best moments. I guess that’s the point of ending it so abruptly, as it is better to end while its great before it fades away into obscurity.

The second half of the final “BoJack Horseman” season is gratifying and deserved. Each character is given enough screen time to flesh out their final arcs in satisfying ways. Audiences will be happy to reach these satisfying, albeit somber, resolutions.