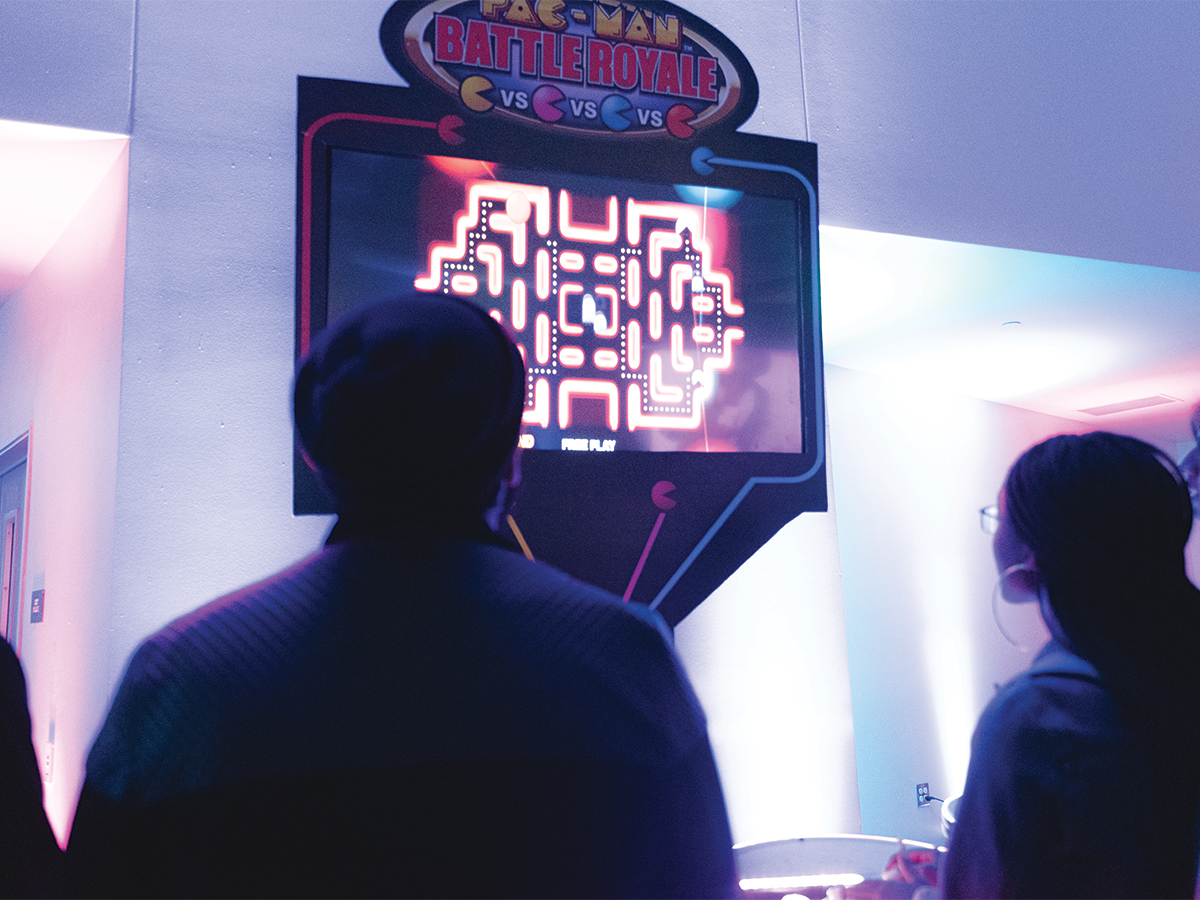 ASPB and HUB Programs collaborated on their first Nostalgia Night on Tuesday, Feb. 18 from 6 p.m. to 8 p.m., in HUB 302. According to Special Events Director Jessica Schneider, a third-year business major, the purpose of this event was to “celebrate the 2000s in a fun way; to remember the past while entering the new decade.”

The students who attended seemed to agree and eagerly awaited the start of the throwback event. Before the doors even opened, the line to check into the event was so long it stretched from the third floor of the HUB to the Coffee Bean. Many people came to the event wearing butterfly clips, scrunchies, plaid, denim and other hot styles from the early 2000s.

Seeing so many old trends sparked people’s own personal memories. Dashia Saunderlin, a fourth-year media and cultural studies major, claimed that the “lights at the event made it seem like my middle school dance.” Cayla Newnan, a second-year media and cultural studies and creative writing major, compared the event to “a Bat Mitzvah or a school carnival” and claimed that “it definitely made me nostalgic.”

There was no shortage of activities to take part in that night. A playlist full of throwback music videos were shown on two big projection screens as students danced and sang along to songs such as “Beautiful Girls” by Sean Kingston and “Super Bass” by Nicki Minaj. Saunderlin said “I really enjoyed the music the most because it just gave me that nostalgic feeling.”

In the back of the room were two arcade machines, Pac-Man and Dance Dance Revolution. There were also a variety of board games laid out on tables, such as Jenga and Taboo. These multiplayer games gave many people a chance to play against one another; the lines to play these games were not very long, however, as they were outshone by the other activities the event had to offer.

Different tables featured old school arts and crafts projects that many students hadn’t seen in a while. People could create lanyards, friendship bracelets and keychains made out of melted beads. There were also the highly advertised fanny packs that students could decorate however they pleased using the stencils and fabric markers that were supplied. The atmosphere was lively as people chatted with their friends while working on their respective art projects.

However, one issue made itself apparent as the night went on: venue space. Yoselin Zavala, a fourth-year media and cultural studies and gender and sexuality major, said that she and her friends “were able to get fanny packs, but we were a little confused as to which tables were for decorating them or for other activities that were going on.” It was difficult to tell what each line was for, especially near the DIY stations where students were clumped around the tables trying to get different supplies. Schneider expressed her concerns and hopes they can “organize the lines to be less congested” in future events.

Aside from the games and crafts, there was also a fortune teller. Throughout the night, she read students’ futures using her deck of tarot cards. Across from the fortune teller table was a photo booth. Unlike most photo booths, this one had a camera that snapped multiple pictures at high speed, turning the memory into a flipbook.

Lastly, the event featured some beloved snacks, such as Lunchables, Crustables, Gushers and Fruit Roll-Ups. There were even some retro drinks, such as Kool-Aid and Hi-C, that students could enjoy. The snacks were then placed in a paper bag which made the snacks look like a packed school lunch. Each attendee was allowed to take one large snack, two small snacks and a drink.

While the snacks matched the theme of the event, it didn’t serve to fill the stomachs of its attendees. Newnan stated that she “wished there was maybe some real food beyond Lunchables. I felt pretty hungry and dissatisfied.” Despite this, the snacks were very popular and gone before the end of the event, but this did not stop the party-like environment.
Nostalgia Night succeeded in bringing back the things that UCR students cherished in the past. ASPB will be hosting Soundclash on Thursday, Feb. 27 from 6 p.m. to 9 p.m. at the HUB Plaza. They will also be hosting a panel for transgender rights activist Angelica Ross in HUB 302 on Friday, Feb. 28, opening the doors at 6 p.m.