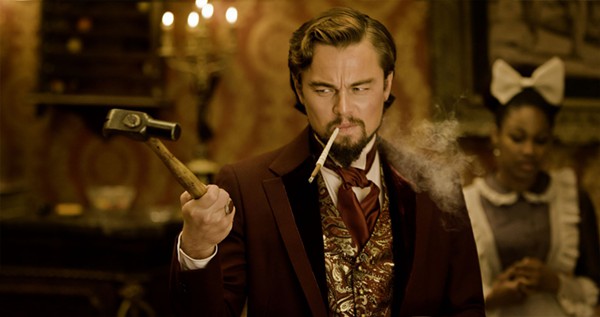 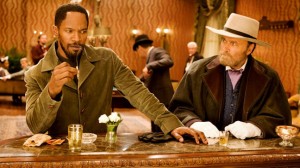 Anyone who has seen the first 10 minutes of “Inglourious Basterds” knows how talented Academy Award-winning actor Christoph Waltz is. The film’s success was not only owed to Waltz’s performance, but also to Quentin Tarantino’s legendary, stylistic filmmaking. Lucky for audiences, the two have teamed up once again, showcasing their talents in “Django Unchained.” This picture revolves around Dr. King Schultz (Waltz), a dentist-turned-bounty-hunter, and a heartbroken, beaten down slave named Django (the D is silent) played by Jamie Foxx.

The story begins in 1858 with Schultz making his way through a darkened Texas forest on his caravan in search of the Brittle brothers, a trio of abusive slave owners. Django is locked into a chain gang of two slave traders who are also heading through the same forest; Schultz is then confronted by these men when he gets uncomfortably close. The traders engage in subtly threatening but comical dialogue with the retired dentist, who is hoping to purchase Django. After some kind words and gory outcomes, Django and Schultz end up becoming partners since Django is able to identify the Brittle brothers, who will yield a hefty bounty. During their quest they encounter many outlaws, plantation owners, slaves, racists and bandits—some of the many things that made the South a hell of a place to live at this time. A bond is quickly established between the bounty hunter and his protégé, and although Django supposedly grasps his bounty hunting skills swiftly because of his natural aptitude, it is too hasty a move.

Tarantino’s dark sense of humor is one of his many strengths. However, this time around the dialogue is a bit campier. I assume this was done because slavery is a sensitive subject. The audience does have to sit through brutal whipping scenes and degrading dialogue toward African Americans. Waltz’s exchange with the aforementioned slave traders is brilliantly executed, much like all of his witty encounters throughout the movie (e.g. when the German-born dentist uses words like “parley” and is told to “speak English!”), but with lines such as, “Did you simply get carried away with your dramatic gesture, or are you pointing that weapon at me with lethal intention?” conversations at the beginning of the film seem cartoony.

One fault I found was that the beginning of the film went by faster than I had expected. The dialogue seemed rushed, and as a result you never get a sense of Tarantino’s slow paced but masterful and realistic use of dialogue. Perhaps I was merely eager to see more as an avid fan of Tarantino. Nevertheless, the film makes up for these minor pitfalls once Leonardo DiCaprio enters the picture, playing the brutal, immoral and spoiled Calvin Candie, owner of the plantation “Candyland.”

On the surface, Candie is a man of southern hospitality and a proficient gambler for the sport of mandigo (a “game” where two slaves fight to the death). Schultz and Django need to entertain the plantation owner in order to distract him from their real intention of freeing Django’s wife Broomhilda (Kerry Washington) who is now “property” of Mr. Candie. The two bounty hunters propose a substantial offer to purchase one of Mr. Candie’s champion fighters, catching his attention and snagging a ticket into Candyland.

The events at Candyland glue your eyes to the screen, especially the climactic battle to come. Every single scene with DiCaprio is phenomenal; he pulls off the role of a cigarette smoking, mint julep-drinking plantation owner with ease. Tarantino once again proves himself a fantastic writer and director, achieving a perfect performance from DiCaprio whose Candie spitfires lines like, “No, we weren’t talking business yet. We were discussing my curiosity.” Of course, be warned of the gruesome violence in store. Personally, I thought that the massive amounts of carnage and the constant use of the forever vulgar “N word” was used by Tarantino as a reminder of why the word is deemed as such a profanity today; it is exclusively applied in the movie to debase black slaves. Above all, Tarantino has crafted another brilliant film.

“Django Unchained” is not Tarantino’s best, but has hopes as an Oscar contender. I doubt it will yield a Best Picture award, but fans may see Foxx, Waltz and DiCaprio receive nominations for their performances. “Django Unchained” is violent, obscene and ridiculous, but serves as a purposefully over-the-top reminder of a historical American tragedy and one of the funniest movies of 2012.