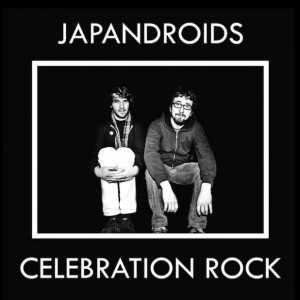 For the past few years that I’ve been doing this list, I’d been able to identify a certain theme that had permeated the particular year’s music. When taking a look back at music in 2012, the most dominant motif was not necessarily a result of the music recorded, but music played live. Now, I understand that this assessment may strike someone as odd, given the fact that this is list of the best recorded music of the year, but the connection is there—just hear me out.

More than any other year in recent memory, 2012 demonstrated a striking departure from what the world knew as the traditional live music experience. The year destroyed boundaries of what is and isn’t a live performance, and challenged how live music can be enjoyed.

One of the most talked-about live music phenomena of the year was the technological triumph resulting in Tupac’s appearance at Coachella. Thanks to a complicated set-up of—literally—smoke and mirrors, Tupac Shakur joined the real and very much alive Dr. Dre and Snoop Dogg onstage at the Empire Polo Fields in Indio for a couple renditions of the deceased rapper’s classic songs. To the crowd’s amazement (and my own), despite his faint purplish glow, he looked clear, lifelike, and undeniably enthusiastic about being there. Ever since, people across the world have asked the question, “Must a performer be alive to perform live?” Before 2012, who would have thought that question would be so difficult to answer?

2012 was also a year filled to the brim with reunions or rare appearances of classic bands. From legendary acts like the Rolling Stones, the Beach Boys and Black Sabbath giving it another go, to once-underground and little-known punk bands like Refused, At the Drive-In and Quicksand now headlining festivals, it seemed as though we were all caught up looking to the past last year.

The selection of the albums on my best of the year list was not predicated on any sort of theme or definable criteria other than what I feel were the “best” albums released in 2012. With that said, there was the spirit of a live performance on many of the albums, whether it be sonically or thematically. “Celebration Rock” needs to be listened to out-loud in the company of a group of friends, while “All We Love We Leave Behind” was recorded by Converge and Converge’s live instruments alone. In 2012, it was all live and well.

“Celebration Rock” begins and ends with the sound of fireworks bursting overhead. In between, eight fuzzed-out anthems beg listeners to kick down the walls of their cubicles, flip off their bosses and storm out of adult life with a reckless abandon most twenty-somethings just dream about. It is the perfect soundtrack to a life of fun and romance, blissfully ignorant of responsibility and reality.

Like the man staring at a mysterious, UFO-like object in Daniel Danger’s artwork for “Information Retrieved,” Pinback screens listeners with a patchwork of ominous, sci-fi-inspired tableaus. Fittingly, indie veterans Pinback write some of their most experimental music of their decade-plus career, which luckily for the listener, succeeds. Perhaps the song that best finds Pinback exploring uncharted territory is the Sgt. Pepper’s-esque “Denslow, You Idiot!” a rhythmic wonder that chastises this “Denslow” fellow with a light-footed grace unlike anything in the band’s catalog.

Converge has built its legendary reputation on passionate songwriting and the gripping technical talents of its musicians. But the real star of the band’s latest album,“All We Love We Leave Behind,” and what sets it apart from all others in the band’s 22-year career, is its production. The stripped-down record not only features no guest musicians, but it also eschews all artificial effects and sounds. Combine that with the fact that the album was mastered differently for vinyl, CD and digital, and you have a raw, powerful shot in the arm of unadulterated Converge at its best, regardless of how you’re listening to it.

On “Provincial,” John K. Samson delivers an album filled to the brim with creative, unique songwriting, just as we’d expect from him as part of the Weakerthans. Samson has a distinct way of capturing life in mini-narratives he weaves into his diverse music. In the university setting, there was likely no more relatable song released in 2012 than “When I Write My Master’s Thesis.” The song is a snapshot of a day as a grad student procrastinating on his thesis, dreaming of life after grading papers and citing sources. Who knows, I’ve probably had him as a TA.

“Bloom” is a nightmare set on a dancefloor. Beach House’s gloomy, expansive songs beg to be moved to, but in the same way gothic masterpieces by the Cure might—with a heavy dose of melancholy. But there’s a beauty in “Bloom’s” darkness, heard in standouts like “Myth,” and “Troublemaker,” and its thanks to Beach House mastering their craft.

As a self-avowed G-funk devotee, Kendrick Lamar’s “good kid, m.A.A.d city” hits the spot, which is no surprise given the legacy his hometown of Compton has in the history of G-funk and its main proprietor, Dr. Dre, who serves as executive producer on the album. You can hear it on throwbacks “good kid” and “m.A.A.d city,” which appropriately serve as the album’s climax. “Good kid, m.a.a.d city” follows Lamar’s growing up in Compton, telling a story that puts the listener in the back seat as Lamar and his peers ride around getting into trouble. By the end of album closer “Compton,” one feels as though they just walked away from a drive-by, unscratched, but unable to forget about what just transpired.

Perhaps the surprise of the year, Cloud Nothings’ “Attack on Memory” seemingly came out of nowhere with the strength of a band that has honed its sound over a long career. Their blend of low-fi garage rock and punk urgency, which blends well with dips in and out of Sonic Youth-esque noise, fits the album’s “us against the world” rebellious tone. “Wasted Days” and “Fall In” might be the best back-to-back song 1-2 punch of 2012.

By now, no one should be surprised by the awesome songwriting juggernaut that is John Darnielle, otherwise the principle man behind The Mountain Goats. “Transcendental Youth” is yet another folk triumph. It opens with “Amy aka Spent Gladiator 1,” an ode to throwing caution to the wind and doing absolutely anything and everything one may desire, with the sole rule repeated “Just stay alive.” By the album’s end, on “Spent Gladiator 2,” we’re bloodied and crawling on the battlefield, and once again, the chorus advises, “Just stay alive.” Here’s to hoping The Mountain Goats fight on.

Killer Mike may have made his name by collaborating with OutKast, but on “R.A.P. Music,” he justifies his credibility with an album that marries his trademark harsh Southern-rap with El-P’s masterful, synth-heavy producing. Killer Mike captures Atlanta culture with a political punch and documents clashes with authority with a ferocity in his narratives on tracks like “JoJo’s Chillin” and “Don’t Die.”

“Children of Desire” is a seamless mix of post-punk, new wave and shoegaze that would make the ghost of the Smiths roll in its grave. Merchandise soaks the trudging guitars and crooning on their latest record in a thick layer of synthscapes that almost invites the listener with its melodic pop sensibility but then shoves back in its cacophony of sounds. But what that creates is a sense of discomfort that keeps listeners on the edges of their seats.