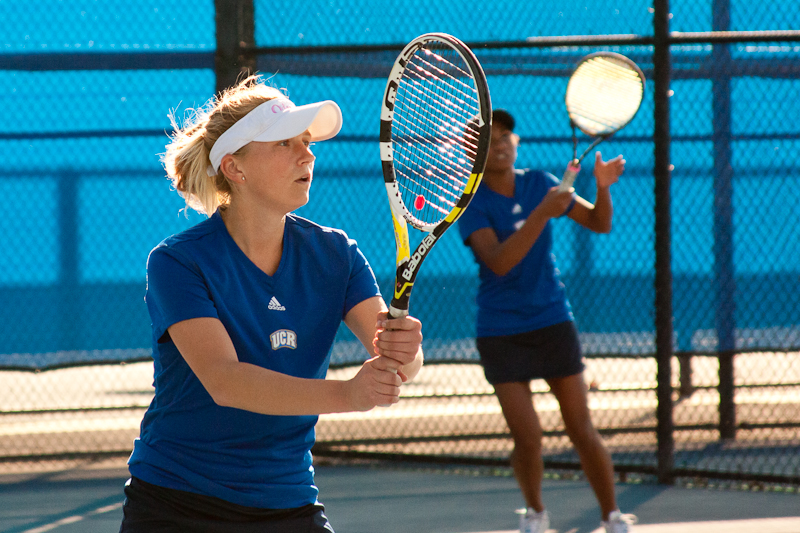 The UC Riverside women’s tennis team hit the road after their first slated matchup against Missouri-Kansas City was cancelled due to furious rainfall.

First up in the singles matchups was Jamie Raney against Klaudia Malenovska. A hard fought set would eventually fall in favor of Malenovska, who defeated Raney 6-4 and 6-2. From then on, the remaining five Highlanders (Taylor Raney, Natalie McKay, Coutney Pattugalan, Kate Bergeson, Thanh Doan) would fall to the 49ers like a herd of cattle being led to slaughter, securing a clean sweep in singles action for Long Beach State, 6-0.

Doubles action did not provide any solace for the Highlanders. Both doubles pairs of Pattugalan/McKay and Bergeson/Doan were blown out 8-1 by the Long Beach pairings of Klaudia Malenovska/Sarah Cantlay and Ebba Unden/Karolina Rozenberg, respectively. As such, the third doubles set was not even finished, as the 49ers were awarded enough points to end the match.

Next up for the Highlanders is a road match against Loyola Marymount University on Feb. 7.