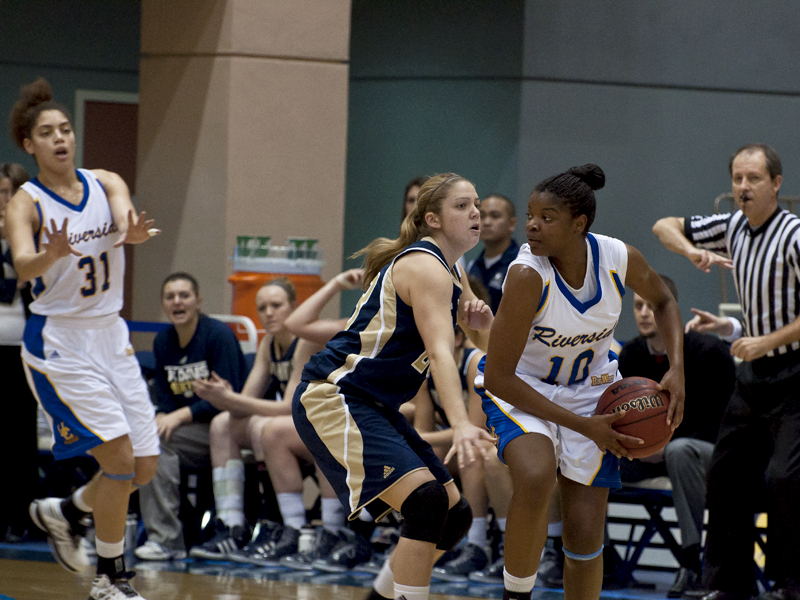 After two consecutive wins against Long Beach State and UC Irvine, the UC Riverside women’s basketball team’s (9-8, 2-4) streak was snapped by an 85-56 loss against Pacific making it the worst loss of the season.

Going into this game, the Highlanders knew they were in for a tough challenge against the red-hot Tigers who had won eight of their last nine games while also being tied with Cal Poly for the top spot in the Big West standings.

Despite the Tigers starting off hot from beyond the arc, the Highlanders kept the game competitive as they tied the game at 21 with 5:48 remaining in the first half. However, in response to the Highlanders’ poor shooting and transition defense the Tigers went on a 15-2 run and entered halftime leading 36-23.

The second half would not get any better for UCR as the Tigers opened with a scorching 20-6 run, taking the Highlanders to the point of no return. UCR’s lack of perimeter defense resulted in Pacific having their way with the Highlanders from beyond the arc. The Tigers shot 45 percent from downtown in the second half. Erica McKenzie hit three three-pointers in nine minutes, while Claire Conricode nailed two three-pointers in five minutes.

Kendall Rodriguez and Erica McKenzie led the Tigers with 14 points each. UC Riverside relied on the third-year center, Natasha Hadley with 14 and first year Chelsea Jacoby who posted nine points in a deficient night in which the Highlanders shot 31.5 percent from the field and 27.3 percent from beyond the arc.

It has been a rough week for the UC Riverside women’s basketball team. After winning two in a row against Long Beach and Irvine, the Highlanders have found themselves in a two-game slump following a 61-49 loss to UC Davis.

UCR’s inability to adjust against Davis’ zone defense made the Highlanders play catch-up the entire game. The Aggies started the game on a 6-0 run by playing hard-nosed defense and forcing the Highlanders to miss their first five shots. Riverside kept their poise and relied on Natasha Hadley to get within four, 24-20, with 3:17 remaining.

Davis fired back scoring seven of nine to open up a double-digit lead, 31-21, with 1:40 remaining. UCR continued to fight back and scored two more baskets to enter the second half down by just 31-25.

The Aggies led wire to wire in the second half, as the Highlanders cut Davis’ lead to three, 37-34, after a jumper by Hadley with 13:52 left. Davis would then go on a 14-2 run that left the Highlanders trailing 51-36 and was too much of a deficit for the Highlanders to overcome.

Natasha Hadley was the leading scorer for the Highlanders with 15 points while Brittany Cain dropped 12. Sydnee Fipps led UC Davis in scoring with 23 points.