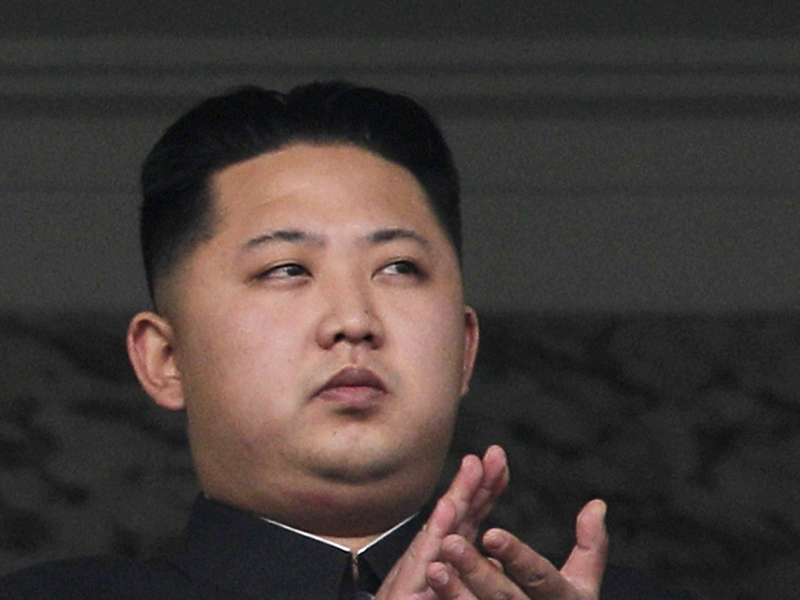 I recently watched a documentary on the freelance journalism website VICE about the country of North Korea and how its economy, military and overall welfare fared when compared with the rest of the world. On one level, it was a tragic perspective on a bleak nation with an unknowingly oppressed people. But it also brought up the recent developments between it and the United States, where hostilities are rising and serious action must be taken: North Korean dictator Kim Jong-un has declared his intentions to retaliate against the United Nations-approved sanctions imposed on the impoverished state.

Are the injunctions even necessary? Should the United States try to negotiate with North Korea? If the country reacts violently, would they actually have the power to do so? If there was a strike against South Korea or even the United States, how would the American government handle it?

North Korea has been persistent in continuing their missile testing despite long-standing sanctions, including a prohibition on international transactions and banning nuclear technology for transfer. The expansion of the sanctions does not seem unreasonable, considering the constant threats from Kim Jong-Il. The restrictions are one necessary ingredient that helps prevent the country from more dangerous technological pursuits and prove to the North Korean government that the world is serious about keeping its destructive pursuits at bay.

Even with the sanctions in place, North Korea has still threatened the safety of other nations. Establishing diplomatic relations sounds reasonable and there should definitely be some sort of truce. But negotiations have come to no avail. The Six Party Talks in 2007 looked promising, and North Korea agreed to shut down its Yongbyon nuclear reactor in exchange for economic assistance. But the country broke its promise and continued its nuclear testing. Clearly something more effective should be implemented.

Some politicians, including former President Jimmy Carter and President Barack Obama, have visited the country or the bordering demilitarized zone and tried to formulate peaceful policies despite the lack of formal diplomatic relations. But it just does not seem to be working. North Korea is a stubborn country that will not be cooperating in peace talks anytime soon. In their eyes, South Korea and the United States are still enemies who fought against North Korea during the Korean War. Since they have not made serious attempts to resolve conflict, more intimidating actions are vital.

The sanctions are a good idea but only provide minimal help, and negotiations always seem to fall through. North Korea could just be ignored, but that would be unrealistic because it officially declared having nuclear weapons in February 2005. And after multiple rocket launch failures, the impoverished country was finally able to bask in the glory of launching a satellite into orbit last December.

Right now, the nation is not fully capable of manufacturing extremely dangerous nuclear devices or rockets, and the U.S. must ensure the situation stays that way. The reality is that North Korea is much too impoverished to actually be able to put together an actual menacing collection of missiles and nuclear weapons.

Take for example the United States, the first country to develop nuclear weapons. The U.S. has invested trillions in an armory full of nuclear weapons, just in case. The country of North Korea can barely launch a satellite into space. On top of that, the country has spent $1.3 billion on their rocket program even though the nation alone is worth a mere $40 billion.

North Korea hardly seems to have the capability to follow through with any threat because of the number of sanctions imposed. This is why more economic restrictions are necessary, such as completely abolishing any foreign aid and cutting off the possibility for imports and exports to cross its borders. North Korea should not be allowed the possibility to build an arsenal even close to what the United States has and further proliferate nuclear weapons throughout the world.

For now, sanctions are necessary in order to keep North Korea on a level where it will be unable to pursue serious militaristic action. The sanctions have helped with subduing economic growth and China has recently threatened to cut off aid. One of the first steps should be to convince China to cut off its aid to North Korea immediately, along with prohibiting any trade with any country. It would be nice for the country to be able to come to a real negotiation with the United States, South Korea or the UN, but this does not seem to be a viable solution because they do not follow through with their agreements. A close eye needs to be kept on this dictatorship.

There currently is a stalemate, and there needs to be a resolution. North Korea has intentions to develop weapons of mass destruction and to use them against the U.S. and other countries, even though it is not currently possible. However, if the country ever did have an opportunity to execute a violent attack, then there should be U.S. and UN military intervention. The involvement of armed forces should be seriously considered, but only as a last resort. A better idea would be to station more of the U.S. military around the North Korean border. This would intimidate the country and hinder their militaristic pursuits before an attack is possible.

Starting a war with North Korea could be considered a bit rash, but could be necessary later on. The government constantly threatens other countries, refuses to keep their word on peaceful negotiations and consistently pursues the development of nuclear weapons for the sole reason of using them against their “enemies.” Kim Jong-un should be the last successor to the dictator throne, and hopefully he will be.

Kim Jong-un has not only threatened the well-being of other populations, but has violated human rights. He has ordered the murder of defectors, sent people to political prison camps and conducted public executions. The North Korean leaders have acted indecently toward other countries as well as toward their own people. Although some North Korean citizens will be negatively impacted, it is important to increase sanctions so as to one day put a stop to the government’s retaliatory threats. Sanctions and peace talks have made minimal steps towards alleviating the situation, but with increased border patrol, an agreement to cut off aid and aggressive sanctions, outright warfare can be put on the backburner.