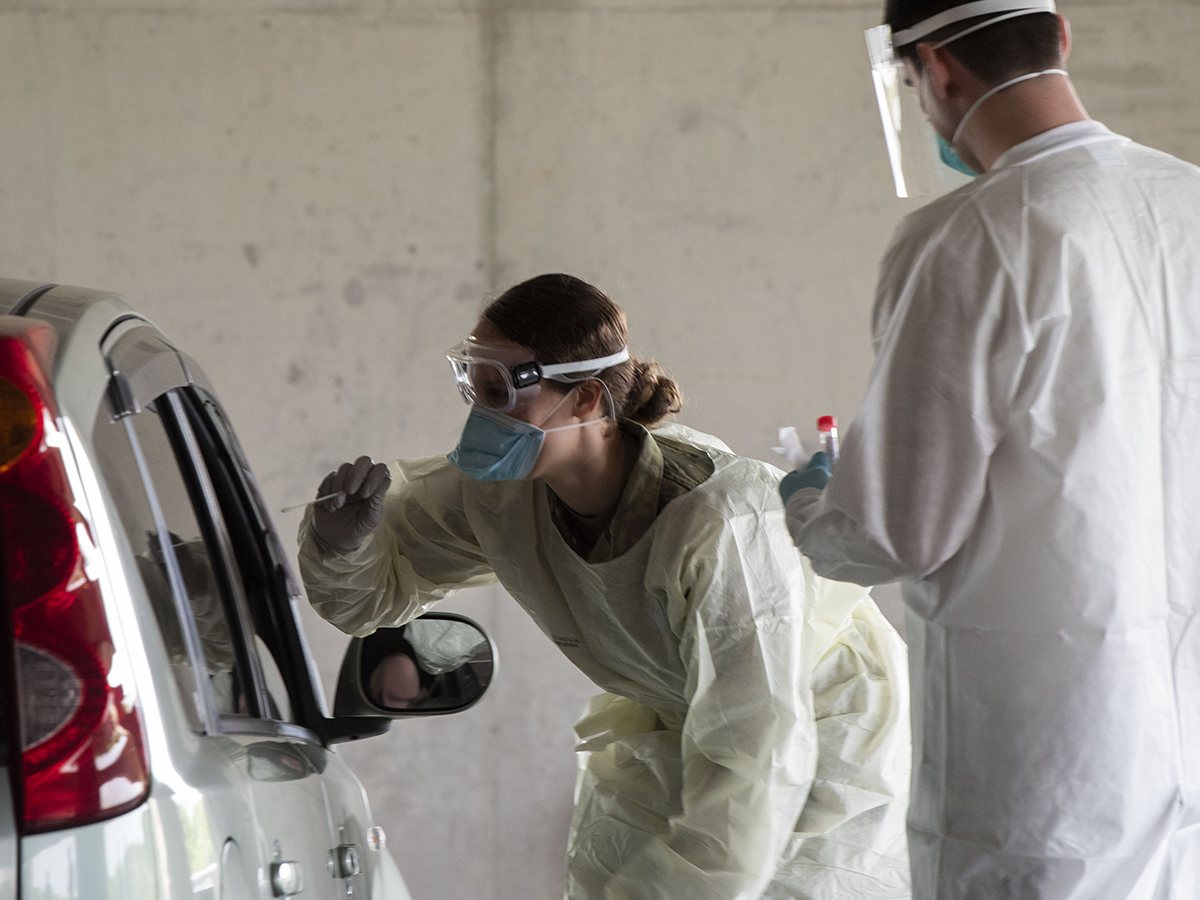 NBC News published a story earlier this month with a troubling headline: “African Americans may be dying from COVID-19 at a higher rate. Better data is essential, experts say.” From the first sentence the headline immediately inspires worry, but what it fails to emphasize is that it is impossible to draw this conclusion as of right now. Instead, NBC News opts to give readers a sensationalized view of the issue. “Better data is essential” because there isn’t enough data to say which demographics are being impacted the hardest yet. While this strategy is effective at getting people to click and share the story, only those who read the rest of the article will learn that further research and data collection must be done before we can make such an assertion.

Unfortunately, too few people read past headlines before sharing buzzworthy articles. In a pandemic as widespread and deadly as COVID-19 it is more important than ever to read on as well as fact-check information before sharing. Otherwise, there is a risk of spreading fear and increasing stigma. In these times, sharing without care may do more harm than good.

The aforementioned headline does indeed acknowledge the fact that “better data is essential,” but those few words mean very little to the panicked reader without proper context. Eric Einhorn, the author of the story, explains further down the page that a lack of demographic data on the race or ethnicity of those who tested positive for the virus prevents researchers from confidently drawing any conclusions. Many states simply haven’t released that information yet.

The assertion that black communities are impacted by COVID-19 more on average may very well be true at the end of the day. Systemic discrimination, is evident in increased rates of poverty and difficulty accessing healthcare, puts African Americans at increased risk of contracting the disease. That being said, spreading incomplete information can send readers the wrong message. Racial and ethnic data suggesting that certain communities are being impacted more than others can be misinterpreted to mean that certain ethnic groups are more susceptible to the virus, which is patently false.

Ironically, the author himself acknowledges why it is unsafe to spread this information without allowing further research to be conducted. Halfway through the article, Einhorn explains that some health authorities have withheld racial data to avoid giving people the impression that some groups are immune or otherwise less likely to contract the disease. He also explains that, in many cases, overwhelmed hospital staff members are forced to make assumptions regarding a patient’s race, muddling data further and providing another reason to hold off on publishing the theory. If the writer understands that the data is imperfect, then one can’t help but wonder why NBC News would publish a story framing those incomplete findings as proper news.

Unfortunately, the answer is simple: most popular news outlets today are desperate to be among the first outlets to break big news. This issue is especially apparent today. Since the global COVID-19 outbreak began, reporters have rushed to release abridged, often conflicting details regarding the virus and its effects, leaving the average person unsure of what to believe. Erroneous information, such as the idea that people under the age of 30 are immune to the virus provided they don’t have any comorbid illnesses, spread like wildfire across social media platforms.

This spread of misinformation regarding COVID-19 has already proven deadly. Last month, a man died and his wife was hospitalized after ingesting chloroquine phosphate, mistaking it for the hydroxychloroquine used to treat malaria. At the time, President Donald Trump had insisted upon hydroxychloroquine’s efficacy in fighting COVID-19. Erroneous information, purported as fact before science could prove it as such, cost a man his life and his wife a husband.

This tragedy highlights the importance of cautious reporting by the media and rigorous fact-checking on the part of the individual. It can be difficult to discern fact from fiction with corporate media outlets offering contradicting facts on a daily basis, but we must not believe everything we hear when we first hear it. Before telling grandma that COVID-19 is just a “really bad flu,” consider checking multiple sources, and make sure those sources are reputable.

Many popular outlets, like Fox News and Buzzfeed, have sordid histories when it comes to factual reporting. Instead, consider turning to outlets with credible scientific sourcing, such as the Center for Disease Control and Prevention or the World Health Organization. Because COVID-19 is not yet well understood, even these sources will get facts wrong, but their lack of incentive to sensationalize news means that they are less likely to intentionally lead you astray.

At the end of the day, we need to give our researchers time to gain a better understanding of this virus and, unfortunately, there is still a lot of work to be done. The most the average civilian can do now is stay home and practice social distancing to help flatten the curve. Furthermore, concerned citizens should call on their elected officials to better support our medical staff, many of whom are now facing pay cuts and layoffs, and our researchers, who are working tirelessly to investigate a virus unlike any they’ve seen before. Given enough time, our general understanding of the virus will slowly improve. Until then, take everything you read with a grain of salt.

It is unlikely that either Einhorn or NBC News had any ill intentions when they published their article on COVID-19’s impact on the African American community, but they must take more care to avoid misleading their public. For now, some information is best kept within scientific circles until it is thoroughly peer-reviewed and ready to be released. These are uncertain times and everyone is eager to understand the virus, but disseminating partial facts will be confusing at best and incredibly dangerous at worst.