Highlander
Home Radar The best parts of an adventure are at the end: ‘Terraria: Journey’s... 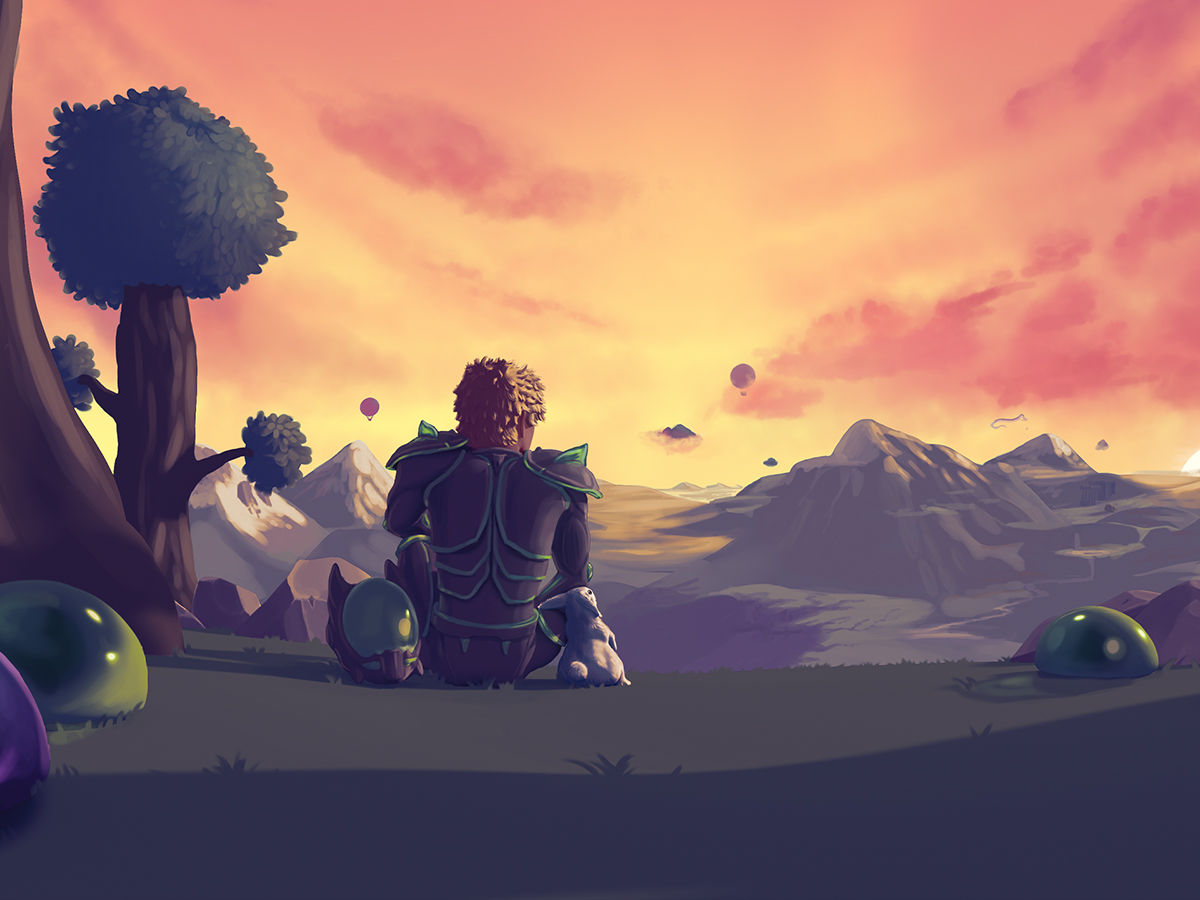 In the gaming world, downloadable content (DLC) and paid content updates give titles the longevity they need in order to be as lucrative as possible. It’s all in the name of business but these types of additions to games are more tertiary and meant for players looking for something more out of the experience they’ve already invested in. For some, breaking this mold has helped catapult games to major success, the obvious example being “Minecraft.” In the same vein of creative sandbox worlds, “Terraria” stands tall amongst the greatest thanks to Re-Logic’s dedication and care. Launched in 2011, “Terraria” was like many other games trying to replicate the “Minecraft” appeal; however, the developers were able to craft a uniquely fresh experience that broke the mold. After months of waiting, the title finally receives the 1.4 update and it plays like a breath of fresh air. Re-Logic has masterfully been able to reinvent some of the main aesthetics, graphics and even gameplay with new modes and challenges.

Five years ago, 1.3 was the pinnacle of “Terraria’s” potential. The update gave new gear and items to experiment and play with and it was host to many of the final changes “Terraria” would see in terms of progression and updates. While Re-Logic had plans to update other miscellaneous VFX or items, they saw the need to give the game one final big celebration update on its launch anniversary! The title has come a long way as it also successfully rode itself to popularity for being different and finding a niche in the sandbox genre. By adopting a two-dimensional style and a world full of treasures and monsters, “Terraria” captured the hearts and minds of curious pixel game fans with a promising future. While retaining that lack of urgency “Minecraft” is famous for, the title leads players to bosses and new items constantly. “Terraria” opts for a nonlinear progression style broken up into sections ranging from pre-hardmode to post-Moon Lord, an end game boss. Due to this, “Terraria” has become something more than just a “Minecraft” spinoff and 1.4 seeks to showcase a new identity for the title and the end of a nine year journey.

In fact, the newly added Journey Mode allows players to expand the world with their creativity. By providing god mode, time control and item duplication; “Terraria” has fully opened itself to the creative talents of map makers and talented pixel artists. Even after putting well over 150 hours into the title before the update, I still had a blast opening up a fresh world to roam around in with Journey mode. While there still is a grind to reach the endgame and build anything players desire; the playthrough took a couple of hours to actually reach the endgame content. The extra freedom and new abilities really allow the world to open up. Even after getting through the main grind, I had so many blocks and colors at my disposal that all I wanted to do was build pixel art structures across the world. While “Terraria” has always creatively motivated building, journey mode outright incites it to get players to terraform the world around them.

Over the years of playing, the common complaint “Terraria” receives is how easy it can be after delving far into the game’s progression. Five years ago, Re-Logic added expert mode that increased the difficulty and loot from all monsters and bosses. This mode is great and serves as an extra challenge, but the team has taken the “too easy” mentality further than before with master mode. Ramping up the difficulty slider to the maximum, this  game mode is not for the faint of heart. Zombies and flying eyeballs hunt the player down and do massive damage, only increasing the need for strategic combat and smart decision making. The final update even added two new bosses with exclusive item drops. While the battles might not be as epic when compared to the Moon Lord, the challenge is still all there with classic instant kill moves to boot. After putting as much time as possible in “Terraria” I was desperate to try out the added difficulty with some friends to finally beat the game. While the grind is tough, the payoff is that much more rewarding and often reminds me of my first time playing the game in 2012.

The best addition has to be the official mod support of tModLoader allowing for more ways for the game to be played. The new official way to play with a modded game is through the open source loader that brings the game engine to its limit. Retaining all aspects of the base game, tModLoader revamps and adds new progression systems and goals to change the way players see the world of “Terraria.” Whether it’s adding a new biome, NPC, weapons or even bosses; there are countless modifications that can add just about anything. The community has done well to give their fair share of love to “Terraria” as many more mods are just as expansive as the base game. Mods like “Calamity” and “Terraria Overhaul” give the title so much more longevity all while retaining the same fun gameplay loop the base game is famous for. Adding official mod support is the best way Re-Logic could keep the game alive and well after it’s final update as it pairs quite well with all the other great tweaks and changes.

With all of the changes and updates in mind, 1.4 is “Terraria”’s final update and will be the end of an era for a title with limitless potential. The team at Re-Logic brought fans an undeniably amazing final update with so many more adventures to play thanks to the community. For the past nine years, “Terraria” has consistently held its own year after year by being a solid standout title. Separating itself from the main sandbox crowd, the title has carved itself a formidable legacy with the 1.4 update. While the finality of the title is bittersweet, there can always be more journeys.

Re-Logic has certainly created a great final update to “Terraria.” With thousands of new items and mods to see, there’s never been a better way to revisit the 2-D classic. “Terraria: Journey’s End” transforms the game into a definitive experience that invites challenge seekers and creative minds alike.