Highlander
Home Radar Movie Reviews ‘Enola Holmes’: The other side to Sherlock’s coin 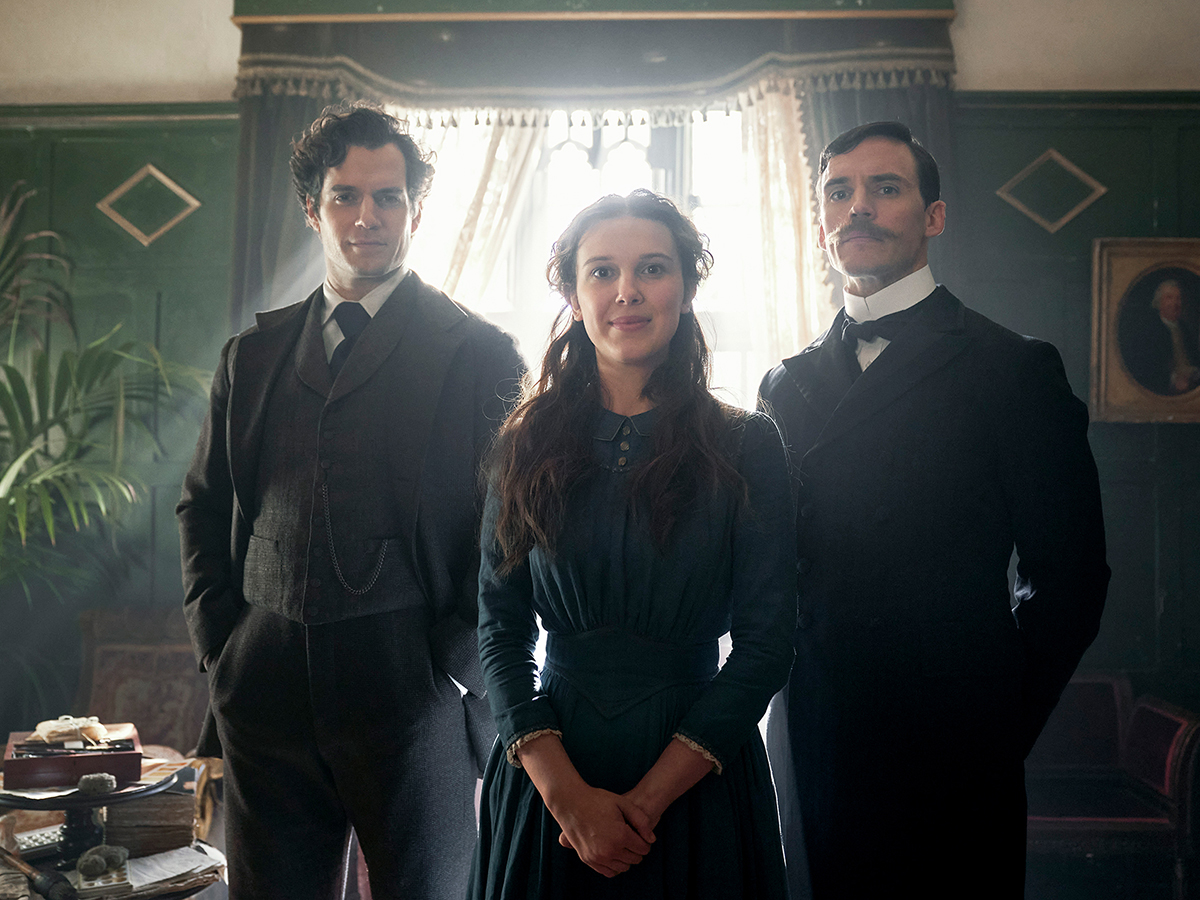 The recently Netflix original film, “Enola Holmes,” has a lot of big names people recognize, like Millie Bobby Brown, who has garnered fame for her portrayal of Eleven in “Stranger Things.” Here she plays the titular protagonist, Enola Holmes. Enola is the youngest sister of the Holmes family living out in the countryside with her mother, Eudoria (Helena Boham Carter). On Enola’s 16th birthday, her mother disappears, leaving only a codex and a book on the language of flowers behind. In Eudoria’s absence, her brothers, Sherlock Holmes (Henry Cavill) and Mycroft Holmes (Sam Clafin), step up to take care of her. Enola escapes from their watch to search for her mother, picking up another fellow runaway, Teweksbury (Louis Patridge), who is involved in a mystery of his own.

The original Sherlock Holmes stories written by Sir Authur Conan Doyle made no mention of any other family member aside from Mycroft. That let future generations drawn to the Sherlock stories take creative liberties, with this film being one of those in a long line of them.  “Enola Holmes” has the classic Sherlock Holmes detective mystery that draws people in but also adds a feminist coming of age twist. Enola takes the center stage, breaking the fourth wall often to clue the audience in on her thoughts and plans as if we were her John Watson.

Brown does a good job of portraying Enola’s wits through her ability to disguise herself with a change of clothes and her naivety in the scene where she is fooled into paying more for a second rate room than it is worth. Alongside her, Cavill too shows his acting experience, playing one of my favorite iterations of Sherlock Holmes yet as he sticks closely to the source material in his portrayal of Sherlock Holmes. Cavill performs Sherlock’s impassiveness without making him seem inhuman, showing his feelings instead through his eyes and through layered conversations with others. Eudora Holmes also has that impassiveness and craving for a mystery which she passes onto most of her children, personality traits that she portrays extremely well in the limited scenes we see her in, which are mostly in flashbacks. Unlike the other characters, Mycroft does not share his family’s wit and spirit of going against the grain. Instead, the eldest Holmes sibling is comfortable and thriving in the traditionalist view that was common in that era. Intent on making Enola the kind of woman he thinks she needs to be, Mycroft is in direct opposition to Enola’s desires, making him fit into the role of one of the film’s many antagonists.

The film targets the same audience that the young adult book does, teenage girls, as Enola learns what it means to be a young woman and discovers the difference between upbringing and morals. For example, in the opening scene when Enola explains the origin of her name, that backwards it is spelled alone which she took as a sign that she always needs to be on her own in the world. She later realizes that that wasn’t the case and goes to find Tewkesbury to save him and solve the mystery around his attempted murder.

The film uses every aspect of its visual and dialogue cues to show the audience Enola’s growth into womanhood, such as the opening scene of Enola shakily riding a bike where towards the end of the series, she rides it without hesitation. It also pays homage to its setting, the Victorian era, with scrapbook cutouts that keep the tone light along with Scrabble ties that allow us to keep up with Enola’s mind. The film also takes it’s time to show the reasons why some women even subscribe to the traditionalist ideas and see those like Enola as crazy. One of those moments is in a scene where Ms. Harrison (Fiona Shaw) who is headmistress to a finishing school, is getting Enola fitted for her uniform. Enola is complaining about the amount of enhancers and layers they list off for her. Miss Harrison defends her ideas with an explanation that it would give her an easy life that comes with access to all kinds of places and friendships, which is a life that everybody wants when it’s advertised like that.

Verdict: While the film leaves details and plotlines unanswered, most likely in hopes for a sequel, it makes up for it in all the other aspects of the story. It’s a good movie to watch if you like mystery and coming of age stories. Like the plot itself, with each watch it unpacks a little bit of its own clues … If you’re observant enough.