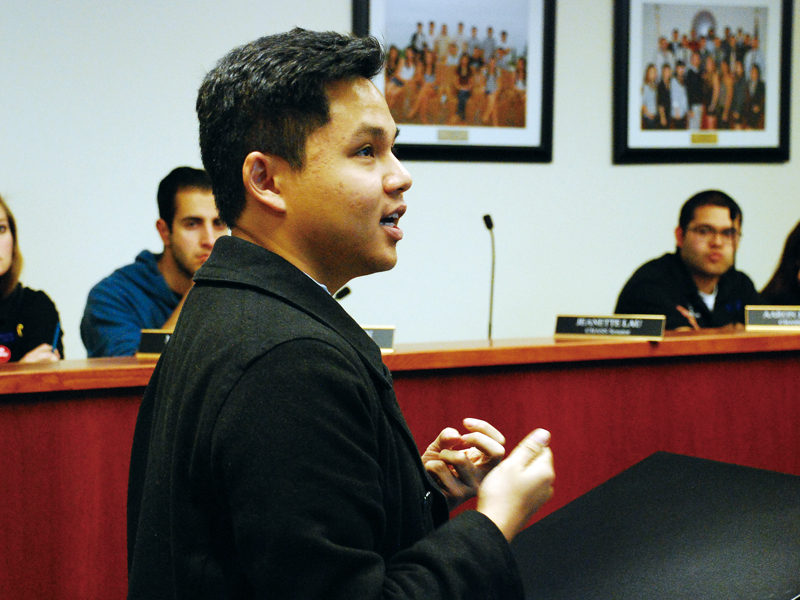 The Student Recreation Center is one of many locations that ASUCR has often used as a polling site for their spring elections. Due to ongoing construction at the SRC, senators may decide to bring polling sites to the residential halls. “We are discussing placing polling booths at the dining halls, such as A&I or Lothian for students to access,” stated Elections Director Harmony Chai, in an attempt to attract larger crowds of undergraduates.

The upcoming senatorial debates will take place from from April 15 to 19. Candidacy applications are due March 8 at 5 p.m. in the ASUCR office. Any undergraduate applicant who is interested in running for the 2013-2014 academic year may apply. The deadline to turn in a student referendum is Feb. 22 at 5 p.m. in ASUCR office or through email.

ASUCR Controller Crystal Kim has announced that the budget and finance hearings will extend for two extra hours per week. The extension provides student organizations with more appointment slots in order to apply for more grants provided by ASUCR. At the same time, the meeting time between a student club in a budget hearing will be reduced from 15 to 10 minutes. “This way, we’ll be able to get 10 more student organizations in per week,” stated Senator Kim.

Early during the public forum period, a representative from the student organization MedLife had stated a complaint about the lack of available finance time slots. Senator Kim immediately addressed his concerns through her report.

On Feb. 4, UCOP released a campus climate survey to collect information about UCR student, faculty and staff experiences and how they are impacted by campus culture. “It’s like an opportunity to have your voice heard in ways that are not normally addressed,” stated ASUCR President Liam Dow. “It will be very beneficial to the administration at a campus level to understand more in-depth [and] get a really hands-on feeling about what’s going on.”

ASPB kicked off UCR’s Homecoming Week, Feb. 26 to March 1, by posting a promotional YouTube video of UCR students doing the Harlem Shake around the HUB. A celebration honoring Scotty’s birthday will take place at noon around the Bell Tower on Tuesday, Feb. 26.

With the theme of smooth soul music, ASPB’s Winter SOULstice will take place from 7 p.m. to 10 p.m. on Feb. 21. Located at the HUB Plaza, there will be performances by Bobby V., Jhené Aiko and BJ the Chicago Kid.

Executive Vice President Armando Saldana reported that Senator Leland Yee, D-San Francisco, proposed SB 240 on Feb. 12. If passed by the state legislature, the bill would require all UC and Cal State campuses to have at least one official polling site on campus for the presidential elections.

Vice President of External Affairs Lazaro Cardenas reported on the Student Lobby Conference, where 52 UCR students will lobby in Sacramento from March 1-4. This is the largest number of students UCR has ever sent to the conference.

Senators Crystal Kim and Ashley Yee are collaborating to create an ASUCR undergraduate travel grant which will support student-led research.

Academic Affairs Director Shadi Matar is hosting the Tartan Research Showcase, formerly known as the Professor Symposium, from 4:15 p.m. to 6:30 p.m. on Feb. 28. Located in Life Science 1500, the event will highlight faculty research in the areas of physics, engineering, solar energy and political science.

The chancellor search advisory committee is hosting its first town hall meeting on Feb. 22. The meeting will help committee members gather public input about the selection of UCR’s next chancellor.

UCR’s second annual Dance Marathon will take place from 6 p.m. to midnight on Feb. 23. The event will be located in the Student Recreation Center and all donations will support the Guardian Scholars Program. The program provides a network of resources and support for foster kids who are pursuing higher education. Donations can be made on the Dance Marathon Facebook page.

The Outreach Committee is assisting Engineering Without Borders in promoting an educational spring camp for elementary kids. The organization aims to support community programs worldwide and is geared towards the development of sustainable engineering projects.

UCSA representative Tommy Le held a special 20-minute presentation at the senate meeting. In his presentation, Le highlighted the organization’s history, its mission statement and work they are currently doing to serve students.