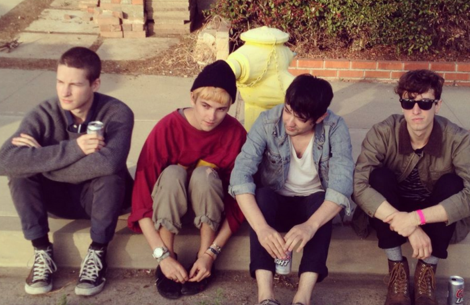 During the rise of chillwave, circa 2009 and 2010, many bands that were high on the wistful atmosphere of the genre started up a burgeoning dream-pop scene that has survived to present day. Of these rooftop-bumping bedroom bands, Beach Fossils has garnered widespread blog appeal with their hazy guitars and low fidelity vocals. After three years, the relatively adolescent band returns with their second LP “Clash the Truth.”

Beach Fossils frontman Dustin Payseur aims to distinguish his band from among the collective of shoegazing Brooklyn-based bands (such as Real Estate, Wild Nothing and Beach House) by taking elements from past punk-rock projects and infusing them with the iconic fuzzed-out vocals. The result is a novel approach to the dream-pop genre that sits in the seam of 1980s post-punk and the New Wave movement.

In the first track, “Clash the Truth,” Payseur proclaims, “Life can be so vicious that we can’t even appreciate its purities.” The lyrics set the stage for the record with a strange dichotomy that teeters between melancholy and hope. The song slowly builds up to the chant, “Dream, rebel, trust, youth, free, life, clash, truth,” opening up the doors to the themes that could be expanded upon in the album.

However, the remainder of the album alternates through intervals of great pieces and then episodes that seem lost and misguided. For example, “Modern Holiday” is an all-instrumental number that lulls the audience to sleep with its lack of fuzzy synths and driving beat. It is sandwiched between the first few catchy songs on the album and two tracks before one of the standout singles of the LP, “Shallow,” which recoups the depressing low in a predominantly upbeat record.

“Shallow” kicks off with a catchy, pronounced guitar chord, which preludes Payseur’s soft-spoken vocals as he sings, “And when I say I go away and I can’t stay / I know I’m done I’m done,” and quickly follows up with, “And when you say stay awake and roll away / I know it’s done so done.” He expressively conveys the angst that is felt after a rough breakup, wherein the other person has moved on more easily.

Another standout track, “In Vertigo,” features Kazu Makino from Blonde Redhead; the guitar lines in this piece are bright and carry both the melody and easily recognizable vocals of each singer along. The downside was that Payseur’s vocals masked the better part of Makino’s trademark breathy vocals, which dampened the full effect of their collaboration.

When I first heard of Beach Fossils’ new album release, I was afraid they would fall into the same trap of similar, washed-out vocals and hazy guitar melodies that a good number of dream-pop bands that sprouted during the chillwave era have fallen prey to. Instead, Payseur’s post-punk/New Wave influences bring enough flair to the album for it to find distinction among the band’s peers in the genre. Overall, the album is littered with enough shoegazing gems (especially “Shallow” and “In Vertigo”) to keep fans rocking on.