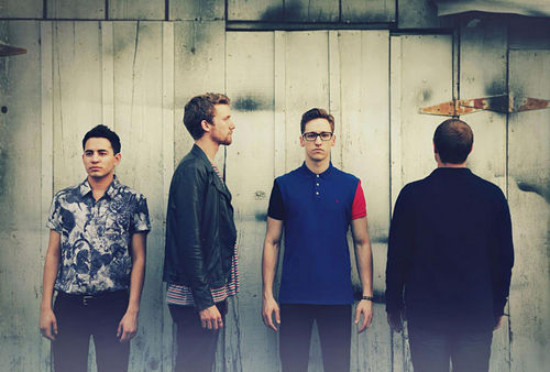 Well, I was planning on talking about the New Wave-y sounding Max and the Moon, who played a nooner show here at UCR in 2012. I still am, but here’s the thing: they’ve only released a four song EP, which doesn’t exactly leave a lot of material to discuss. And so, you all get a bonus topic this week: The Stone Foxes.

We’ll start with the local guys, Max and the Moon (whose members hail from Corona, Chino Hills and Fullerton). Though the band is scarce in works, what they have to offer (the aforementioned EP “The Way I See It”) shows great promise. The band features two lead vocalists with a sizable combined range, which complements a sound that can be described as a blend of Coldplay and modern New Wave.

The highlight from the EP release is “Lighthouse,” which starts out with about 30 seconds of a capella, hymnal-sounding harmonics, before a walloping, driving bass drum kicks into the track, followed by upbeat synths and vibrant guitar and piano riffs. “The Walk” (which is almost six minutes long) shows a slightly more experimental side of the band, with more varied instrumentation, electronic workings and in-song shifts.

And now, for “something completely different” (to quote “Monty Python). While The Stone Foxes may completely differ in style from Max and the Moon, they are just as worthy of a listen. This San Francisco-based band has a bit more to work with—they’ve released three albums: “The Stone Foxes” (2008), “Bears and Bulls” (2010) and their most recent record, “Small Fires,” released Feb. 12 of this year. They’ve worked with multiple lead singers, each with unique vibes, but if one had to classify them in general terms, they would be best described as blues-rock with the occasional country or alt-rock tones.

“Passenger Train,” a highlight from their second album, maintains a Southern blues-rock feel, but infuses the sound with a breezier quality and group sing-along junctures. “Jump in the Water” is one of the best songs from their new record; it starts out with a low-key, fuzzy guitar, before jumping into a ferociously loud, distorted guitar solo accompanied by old-school blues hollers from the lead vocalist.

So there you go, two for one this week, and I hope you enjoy them both. If you have any suggestions for bands that I should feature, I’d love to hear from you! You can reach me at awayfromthesprawl@gmail.com.