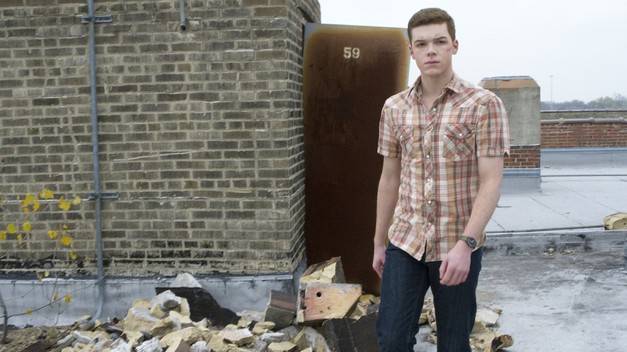 The Gallagher children slowly make their way out of the foster care system this week in an episode much better than the last.

Ethan Cutkosky’s acting improves this week as Carl continues to hate living with two great parents. For some reason fine food, lavish rooms and nice clothes are not worth it if there are television restrictions and a bedtime. Cutkosky is fine as a pessimistic foster kid, but he is noticeably better at handling emotional scenes, like when Lip comes to visit and Carl expresses his dislike for the place with an unsatisfied expression and watery eyes.

Debbie is not very fond of her situation either, but with good reason. As Debbie, Emma Kenney has always been the sweet child of the family, but when a cruel foster mother forces her to join the child sweatshop in her basement there is definitely a reason to lash back. Debbie has been struggling with her moral beliefs this season because she has come to realize that the whole world will never be all rainbows and lollipops, and Kenney has been doing solid work with a character that is consistently growing and evolving into a new person. The reformation of her values is enough to convince audiences that Kenney’s portrayal is believable.

Lip and Ian have made their way out of the group home and have returned to their familiar abode where their sister Fiona and her boyfriend, Jimmy, are still trying to figure out how to get the rest of the kids back. Cameron Monaghan is usually first rate as Ian, and even though he still does fine work, audiences did not get to see much of him aside from one moment when Ian tries to talk with boyfriend Mickey about the pistol whipping his father gave him last week. I’m sure they’ll try to touch on this more next episode, though.

Jeremy Allen White is once again fantastic as Lip, the wise-cracking genius who’s in charge of all the paperwork and legal mumbo jumbo for Fiona as she attempts to claim custody of her siblings. White does a fine job as he rushes around writing wills and filing death certificates. There is even a nicely incorporated moment where girlfriend Mandy tries to discuss Lip’s academic plans, but he ultimately shoos the matter away, which is typical of White’s character.

Emmy Rossum and William H. Macy do a superb job as their characters Fiona and Frank go head-to-head in an entertaining legal battle. Macy has a knack for making audiences want to to beat him like a punching bag without realizing that they will soon be laughing at him like a child’s Bobo doll. Frank desperately tries to get the children back because if there is one less person in his life, there is also one less opportunity to weasel his way into some income or an extra pair of hands for one of his schemes. Audiences know Frank Gallagher is a good-for-nothing liar, but when he tears up in court I found myself cheering for him temporarily. William H. Macy reminded me of his talents this week.

Emmy Rossum is good as Fiona because she has become so confident in the role, but she did not impress me too much this time around because her performance is becoming too habitual. Even though her tears and sentimental instances are perfectly fitting for the episode, it is a bore to know that Fiona will always be playing the protective mother-like figure.

Boyfriend Jimmy, on the other hand, is quite amusing this week. Justin Chatwin is perfect for the rich-pretty-boy-turned-destitute, and now that his storyline is getting more interesting I’m glad to see his character have a prevalent part. Jimmy’s bewildered looks are wonderfully appropriate for his love triangle situation as he runs around trying to balance a needy wife, immigration and everything that goes on in Fiona’s life. Chatwin is nothing less than impressive this week.

“Shameless” has been teetering back and forth between good and bad episodes, but at least this week was high-quality. I’ll be waiting for the next installment and hoping that the show stays on track.