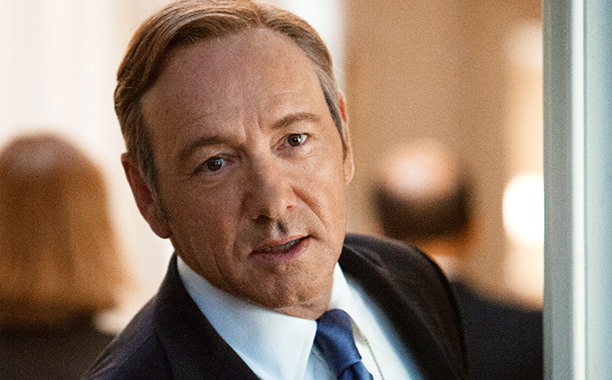 Netflix has officially released their original series, “House of Cards.” The entire first season is comprised of 13 one-hour episodes and has been available in full since Feb. 1. The decision to release the season in its entirety is an interesting strategy by a company that has dominated the movie rental business for years, and I plan to review each episode on a weekly basis. I’ll continue with Chapters 8 and 9.

One of the great things about “House of Cards” is audiences never know exactly what they are going to get. The familiar expression “Expect the unexpected” is exactly the way to describe Netflix’s surprising hit series.

“Chapter 8” provides an entertaining glimpse into congressman Frank Underwood’s past as he gallivants around with his old companions on their memorable college campus. As a result, Underwood isn’t dealing with much in Washington for the time being, but this does give fans a chance to meet the man behind the mask, so to speak.

Underwood is typically a stern man and powerful manipulator. While we usually expect to watch him contrive politics on the hill, we instead see him ruminate on the meaning of his past academic and social life, which is compelling nonetheless. Spacey’s acting is grade A during this episode because of his authentic expressions and utterances, which makes it apparent to viewers that the congressman is pondering on whether or not his university days should have taken his life in a different direction. Consequently, the ending to his time at his school is enjoyably appropriate.

I would also like to note a well played-out conversation between Underwood and long-ago best pal Tim Corbert, who is delightfully played by David Andrews. The two hope that their college years still mean something, much like how they once meant something more to each other. The show does a good job at hinting at their past sexual attraction while maintaining its core theme of Frank’s memories and how they molded the man we see today.

Corey Stoll also hits a bull’s-eye with his portrayal of the quickly evolving congressman Russo. Peter Russo has hidden drunkenly behind his desk in the past, but realizes that it is time to make some bold changes, and becoming much more confident in his political game is one of them. I had more fun watching Russo this time around not only because of the rowdy situations in which he finds himself, but also because of Stoll’s gripping performance as the firm politician.

Girlfriend Christina (Kristen Connolly) decided to join the up-and-coming politician on his trip to Pennsylvania. Christina Gallagher is cute and has a pleasant presence, but there isn’t much to say about the campaign manager since she is only around to nudge Russo in the right direction and nothing more.

Contrary to Christina, Russo’s uncompromising mother (Phyllis Somerville) belittles her son while also ignoring his attempts to bond emotionally with her. She instead attempts to get some info on his plan to run for governor. Somerville does a skillful job as mother Russo and her role was a good addition to the episode.

“Chapter 9” focuses on gubernatorial runner Russo as he tries to push forward his Watershed bill and make friends with the residents of Pennsylvania. Stoll is once again fabulous and the poised congressman has earned my vote.

Unfortunately for Russo, he is too wound up in his own ventures to realize that Majority Whip Underwood is merely using him as bait to reel in the vice president. Once the overlooked Vice President Matthews takes more interest in his home district, he will be more willing to give up his seat as the president’s right hand man. The story is developing at a steady pace and taking its time to reach the climax, but this builds anticipation and ultimately gets audiences more wrapped up in the plot.

I’ve read reviews where critics have complained about Spacey’s wolf-like portrayal of Underwood. Unlike Mr. Richardson in the BBC version, there is no camp or playfulness to the smug congressman. However, I believe that Spacey’s familiarity with villainy and easy representation of such led adaptors and writer Beau Willimon to a serious depiction of the conniving politician. When it comes to adaptations I like to keep my distance between the two versions so I am not constantly comparing the two, but in the case of “House of Cards,” Spacey’s interpretation blends fittingly with the series.

Robin Wright is superb as she teases with the thought of going behind Mr. Underwood’s back by accepting a donation to her nonprofit from crude oil company, SanCorp. Wright is brilliant as Mrs. Underwood and I feel that she would emasculate any man in real life almost as well as she does in the show. Her work shines in “Chapter 9” and makes me eager to see how her and husband Frank confront any foreseeable tension from the donation.

It is necessary to give a shout-out to the reliable Michael Kelley for a continued job well done as Underwood’s professional bully, Doug Stamper. During this most recent episode, Stamper is still obligated to take care of former prostitute Rachel Posner (Rachel Brosnahan), whose purpose is not yet known. Kelley always livens up the backstory with his coercion on minor characters, and I find myself joyfully enthralled during his scenes.

Characters including Linda Vasquez, Kate Mara, and the president do not go unnoticed, but they are overshadowed by Russo and the Underwoods. “Chapter 9” was great in the fact that it amped up audiences by opening with what seemed like perfect circumstances for key characters, and then later snatched these moments away in the blink of an eye.