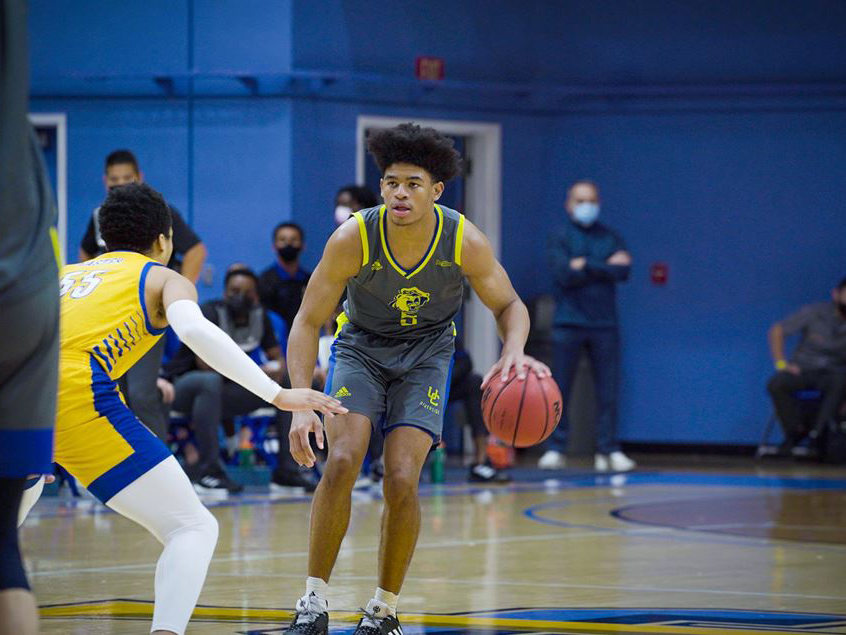 The UCR’s men’s basketball team lost in dramatic fashion against the top seeded UC Santa Barbara (UCSB) 68-72. Going into the game, UCSB and UCR were ranked No.1 and No. 2 in defense in the Big West Conference. The Highlanders looked to complete an upset and improve their standings for the Big West Conference playoffs.

Both teams showed why they were the top ranked defenses to open up the game, as both teams stifled each other’s offense to open up the game. By the halfway point in the first half, the score was only 7-11, with UCSB on top. A steal and score from redshirt freshman power forward Oliver Hayes-Brown inched the score 9-11. A couple of possessions later, a layup from redshirt senior center Jock Perry cut the Highlander deficit 13-15. However, UCSB tried to pull away, as a dunk from UCSB’s freshman forward Amadou Sow extended their lead 13-19, forcing Head Coach Mike Magpayo to call a timeout.

The Highlanders would claw their way back into the game, bringing the game back within 2 points, 19-21, thanks to a layup from redshirt senior forward Arinze Chidom. However, the Gauchos tried to pull away once again, as back-to-back triples from forward Miles Norris would give UCSB the largest lead of the half 21-29 with 3:34 left in the first half. UCR ended the half strong, as a fadeaway jumper from sophomore point guard Zyon Pullin helped the Highlanders close the deficit 29-31 going into halftime. Chidom led the way for the Highlanders with 9 points and 4 rebounds, while Perry chipped in with 8 points and 3 rebounds.

In the second half, UCR came out strong, as a 3-pointer from redshirt senior guard Dominick Pickett gave the Highlanders the lead 34-33. The lead was short-lived for the Highlanders, as UCSB snatched the lead back 34-37 a couple possessions later. UCR did not give up as an and-one layup from Hayes-Brown regave the Highlanders the lead 38-37. However, every time the Highlanders seemed to pull closer, the Gauchos would pull away. UCSB went on a quick 6-0 run to lead 38-44, forcing Coach Magpayo to call a timeout. With 10:34 left in the game, UCR found themselves down by double digits, 46-57, as UCSB’s guard Devearl Ramsey sank a 3-pointer. The Highlanders would rally and go on a critical 11-0 run to tie the game up 57-57 thanks to a 3-pointer from senior guard George Willborn III, a layup from junior point guard Flynn Cameron and a layup from Perry.

With under two minutes to go, a hook shot from Chidom cut the UCR deficit 63-65. UCSB responded with a jumper from freshman guard Sekou Tour to extend the lead 63-67, but a corner triple from Cameron pulled the Highlanders back 66-67 with 1:15 left in the game. With 46 seconds to go, Ramsey found Norris for a critical 3-pointer to expand the Gauchos lead 66-70. However, Pullin was fouled with 40 seconds left, in which he sank two big free throws to bring the Highlanders down by 2 points, 68-70. In the ensuing play, UCR forced a 3-point miss from UCSB, and with nine seconds left in the game, Pullin drove to the basket but missed a wide open layup to tie the game, which sealed the game for the Highlanders as they lost 68-72. “We have to defend, rebound and get those 50-50 balls … Still proud of the guys for battling back but those are crucial possessions that all turned to points for them,” said Magpayo after the loss.

The Highlanders dropped to 10-7 (6-5) and will look to end their regular season on a high note against Cal State Northridge next Friday, March 5 and next Saturday, March 6, both at 4 p.m. 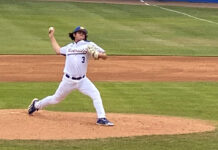 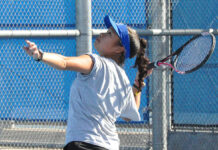