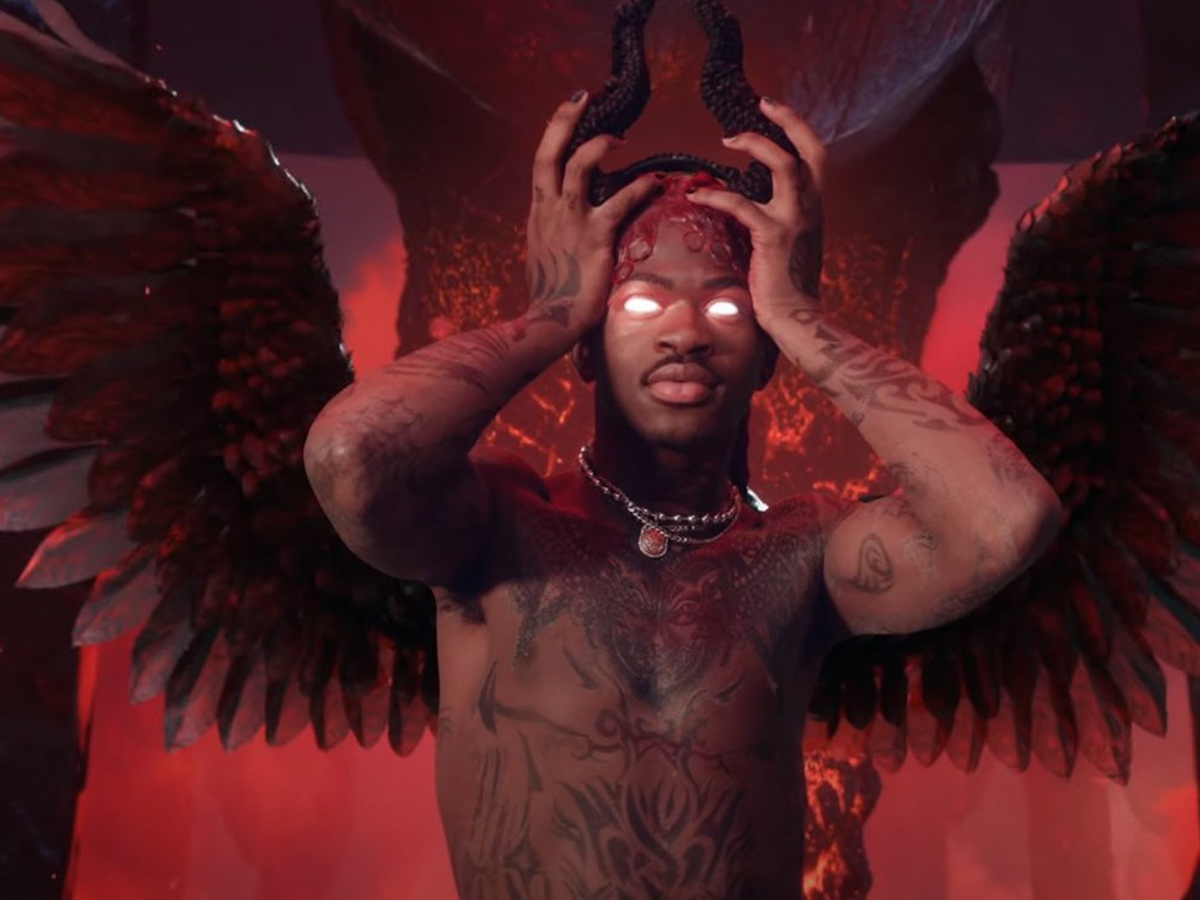 Lil Nas X recently came out with his music video for his new song, “MONTERO (Call Me By Your Name),” and was immediately met with backlash from conservatives. His video showcased theatrical re-enactments of biblical stories and a raunchy dance number consisting of Lil Nas X giving the devil a lap dance. However, he should not fall victim to cancel culture due to religious disrespect. People are allowed to use artistic expression freely and to take as many liberties as they want without having to be conscious of political or religious boundaries. Lil Nas X should be allowed to produce this content because he has a right to express himself freely ー whether people agree with it or not.

The music video begins with Lil Nas X in a beautiful costume and over-the-top makeup. The scene is also set to be in the Garden of Eden, where he is tempted by a snake, sent for judgment and then sent to hell. In the scene where Lil Nas X is sent to hell, he is depicted giving the devil a suggestive lap dance. Upon completing the dance, he then kills the devil and puts the horns upon his own head.

Many people are canceling him for being disrespectful to their religion, to which Lil Nas X replied, “Y’all love saying we going to hell but get upset when I actually go there.” Although this was a pretty lighthearted response to the hate he was getting, it rightfully points out that the same people expressing their hatred for this video are also the same people who have freely expressed their hatred for the LGBTQ+ community. And if they are allowed to express this hate, then Lil Nas X should not be cancelled for expressing his personality through art. Conservatives are notorious for freely expressing their harmful ideas over all social networks, but once a queer Black man produces something that offends them, they suddenly turn into the Bible police. In reality, these people just end up appearing like hypocrites.

People are also quick to ignore other romanticized portrayals of the devil just because they are white, heterosexual men. Lil Nas X was not the first person to sexualize hell or the devil himself. In fact, the TV show, “Lucifer” has been running for five seasons now. The show “Lucifer” depicts the devil as a suave, heterosexual white man who has been banished to Earth. The character sleeps with multiple women and even has a sense of humanity that makes the viewers sympathize with him. And while shows like these are fan favorites and greenlit for more seasons, Lil Nas X is being canceled over one music video.

The difference in treatment between these two individuals is clear and should be taken seriously. The public is never keen to criticize a straight white man, but they waste no time coming after a queer person of color. If people want to cancel Lil Nas X for taking creative liberties in his own music videos, then people must also crack down on canceling other aspects of media that pretty much do the same thing.

The way that the media has treated Lil Nas X for his music video is uncalled for. Lil Nas X does not deserve the backlash he’s received. Everyone has the freedom to exercise their creativity, whether the public likes it or not. To attack a queer person of color for romanticizing something that hetereosexual white people have always been doing in the media is problematic in itself and needs to be put to a stop.