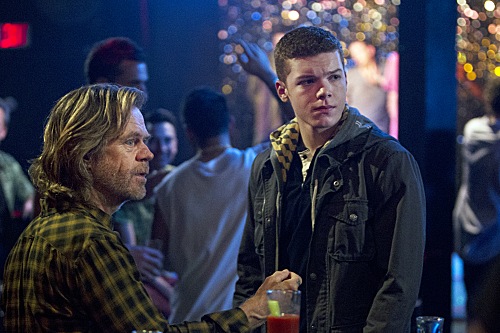 “Shameless” only has 2 episodes left until the season officially ends, which means the crew needs to make sure the series goes out on a good note––especially since the show has flip-flopped between high and low quality installments all season. I am pleased to say that this week’s episode is the third straight win for creator and writer Paul Abbott.

First off, it was a shame that Debbie (Emma Kenny) and Carl (Ethan Cutkosky) were given only a minimal amount of screen time. Their acting has improved this season and it would have been nice to witness some extended moments between the two, rather than watch their characters merely spout a few lines at the others. Fortunately, Debbie and Carl do not carry much of the show, so the episode did not suffer as a result of their limited appearances.

The main focus of this week relied on the 3 eldest siblings and the always talented William H. Macy. Macy’s character, Frank, is well worth watching due to the hilarity of his situation. Aside from being the new face of the gay rights movement, Frank is also approached by the other side (a religious group looking to “cure” homosexuality), and the proprietors are willing to pay a lot of money for Mr. Gallagher’s lobbying skills. Naturally, Frank decides to play both sides and the resulting events transpire through a series of oddball comedic circumstances, which include a lot of great one-liners from Macy.

As the eldest sibling and their legal guardian, Fiona is not wrapped up in a purely comedic situation. I actually wish that Emmy Rossum would get the chance to showcase more of her humorous side, but her tangled romance is entertaining nonetheless. Between her current boyfriend’s decision to go back to medical school in Michigan and a developing flirtatious relationship with new boss Mike Pratt (Jake McDorman), Fiona’s love life will provide some needed fluff for the rest of the season.

Brothers Lip and Ian are involved in the most intriguing storylines. To start, Ian is seriously torn up about his partner Mickey Milkovich’s (Noel Fisher) supposed willingness to marry a Russian prostitute. Cameron Monaghan is fantastic as Ian, the tough military boy with puppy dog eyes for another guy, a situation that has progressed very well throughout the seasons. Monaghan is great to watch this episode as he finally verbalizes all of the feelings he has been repressing, and I was impressed with the young actor’s ability to handle an emotional scene with Lip.

Lip is also put under a lot of emotional distress this week as he finally figures out that current girlfriend Mandy ran his ex, Karen, over with her car––a surprising turn of events from last week’s installment. Jeremy Allen White is phenomenal here as he tears up and tries to stomach the rush of emotions he experiences after viewing ex-lover Karen in a coma at the hospital. White has the pleasure of taking the reins on the most intense storyline, a treat that fans definitely enjoy due to White’s inexplicably compelling presence in the show.

Mandy, Sheila, Jody, Kevin and Veronica are enjoyable to watch as well. They serve splendidly in their minor supporting roles and also provide some comedic relief––Kevin (Steve Howey) especially. There is not much to mention about their plot points, except that Kevin and Veronica have finally managed to get Veronica’s mother pregnant.

The most notable side character is probably Abraham Paige, the man behind the scenes of Frank’s lobbying efforts for gay rights activism. Paige is played very well by Bradley Whitford, whose dry comedy does not go unappreciated.

“Civil Wrongs” deserves a thumbs-up from “Shameless” fans. The dramatic episode emphasized moments of emotion, which worked well despite its minor comedic sacrifices.