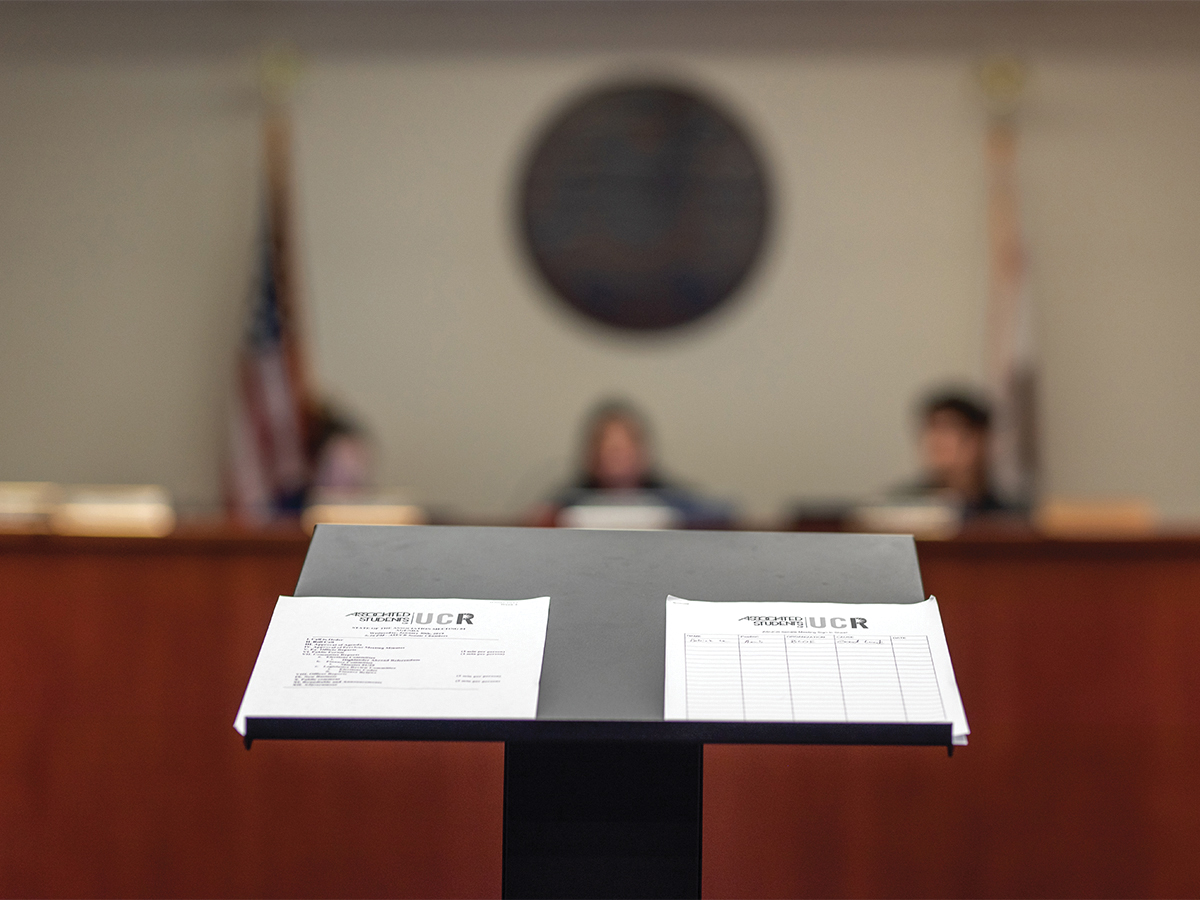 The Associated Students of UCR’s 21st meeting took place Wednesday, April 13, both in person and through Zoom at the ASUCR Senate Chambers. All members of the senate were present, excluding CHASS senators Christian Torres and Blanca Alba who were excused.

During the public forum, Senate Chief Justice Mohammad Almouzzan spoke announcing the internship program that the judiciary has created. The interns that have been selected will then be on track to join the judicial branch after their internship. Almouzzan also reported that judicial’s law week has been postponed to Week 8 and encouraged everyone to vote during next week’s ASUCR election.

Committee Reports followed with the introduction of one piece of legislation for review. SR-S22-002 ASUCR Senate Resolution – Accommodations for Ramadan on Campus was introduced by President Pro Tem Orlando Cabalo and passed to Chief Justice Mohammad Almouzzan. Almouzzan stated that this referendum would provide accommodations for Muslim students observing Ramadan and other religious events on campus. Senator Aalani Richardson motioned first to approve the resolution and senator Nguyen seconded. The resolution passed with a vote count of 14-0-0.

No one spoke during public comment, and senate reports took place.

Senator Doronila reported that the R’Professional Closet is looking to hire more staff and that the International Student Committee has created an Instagram page to help reach more students. Doronila is also planning a town hall and has met with her interns.

Senator Usmani reported next stating that she has met with the Transfer and Non-Traditional Committee as well as the Ethnic and Gender Programs Committee. There will also be an alumni relations event at the end of the quarter.

Senator Hoang Vu reported last that he had a meeting with academic freedom about lifting the mask mandate.

Roundtable and announcements then occurred.

Senator Nguyen announced that the Women’s Resource Center is writing letters this week for incarcerated survivors of sexual assault.

Senator David Kiroloss announced that the Veterans Resource Center would be having an arts and craft event that Friday.

Senator Richardson announced that African Student Programs would be having elections this month and encouraged the senate to participate.

Senator Doronila spoke last, announcing that GPhi is holding a philanthropy event at the SRC, which will be a volleyball tournament for girls on the run.

Motions to adjourn the meeting were called for by senator Richardson and seconded by senator Christopher Kent. The meeting was adjourned at 6:51 p.m.