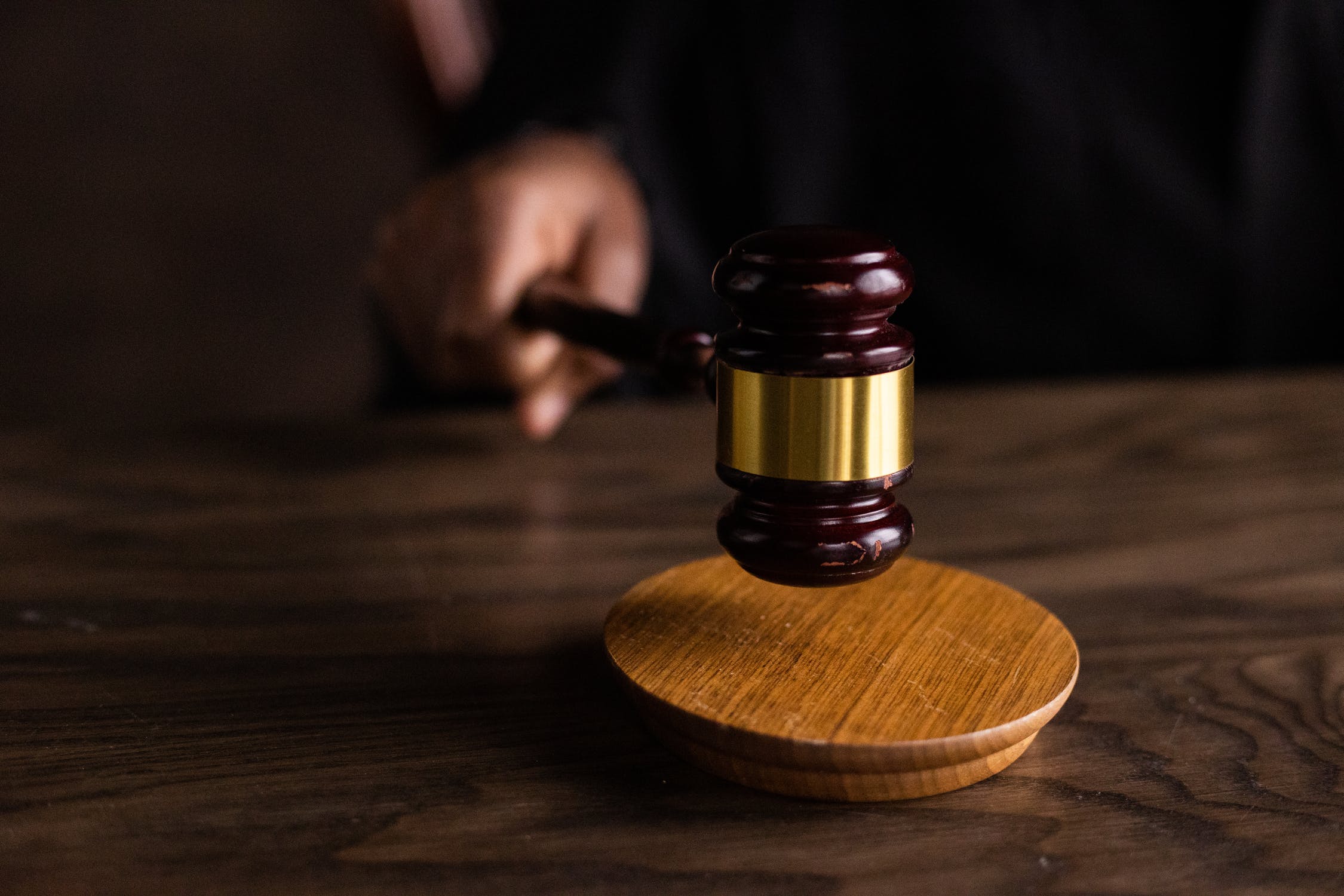 The Associated Students of UCR’s 27th meeting was called to order on Wednesday, May 25, 2022 in the ASUCR Senate Chamber. All senators were present, except CNAS senator Rachel Paredes, CNAS senator Catelin La, CHASS senator Tammar Akel, CHASS senator Blanca Estela Alba and CHASS senator Hoang Vu. Motions were called to add Legislative Review Committee and Finance Meeting Minutes to the agenda by senator Cristian Torres and was approved 11-0-0. In addition, motions were called to GCAP to the meeting agenda and approved 11-0-0. Motions to approve the agenda were called by SOE senator Dorothy Doronila, and a vote was passed 11-0-0. Following this, an approval of previous meeting minutes was called by SOE senator Dorothy Doronila, and the vote passed 11-0-0.

The Public Forum began with an announcement from Chief Justice Mohamad Almouazzen from the ASUCR Judicial Council. He announced and explained that the elections director special elections will be pushed back because the judicial council has to interview the prospective candidate for the position.

Next on the agenda was New Business which focused on announcements from CALPIRG. A campaign will take place the following year called Beyond Plastics which aims to reduce the environmental impact of plastic on campus. As explained, plastics are not biodegradable and more than 14 million tons of plastic end up in the ocean every year. In response, an ASUCR resolution was passed for single use plastics in 2021. Other announcements included providing basic needs through an open textbooks grant, pressing UC regents to use open textbooks to help out UC students. In addition, CALPIRG hopes to combat homelessness by eliminating food and housing insecurity among students and the local community. Statistically, 40% of UCR students face food insecurity in some way.

Committee reports then saw a review of Green Grant #9 and #51. Green Grant #9 involves a large-scale initiative for easier access to bikes. As explained by BCOE senator David Kiroloss, more bike racks will be added on campus to promote sustainable transportation on campus. Green Grant #51 will see the promotion of more sustainable methods of entertainment during large scale events at UCR. This would mean the removal of fireworks that cause air pollution over time and in place, a fleet of drones will perform synchronous performances. Motions to approve the Finance Hearing Minutes were passed 11-0-0.

Multiple senate resolutions from the Legislative Review Committee were reviewed and approved by the senate. Senate Bill SB-S21-005 Electioneering was a series of pieces submitted by the elections director and some senators that would prohibit elections for the purpose of self-interest. The bill forbids candidates to question the elections committee about who is running before an official announcement. Motions to approve this senate bill were called and the vote passed 11-0-0.

Senate Bill SB-S21-004 Require Legislative Candidates to Attend One (1) Senate Meeting would enact the requirement that during the elections process, legislative candidates must attend one Senate meeting. Motions to approve this senate bill were called and the vote passed 12-0-0.

Senate Bill SB-S21-003: Campaigning Reimbursements would regulate campaign reimbursements by restricting reimbursements being given out to promote through social media algorithms. CHASS senator Christopher Kent inquired how this would apply during an online election, such as those which took place during the COVID-19 pandemic. CNAS senator Vivek Patel proposed to add an amendment if instruction was fully online while CNAS senator Myra Usmani could propose a clause with the jurisdiction of the Elections Director. CHASS Senator Nguyen opposed the legislation as she believed that campaign reimbursements should be used in the regard of the candidate and they should not stop students from campaigning however they feel. President Pro-Tempore and CHASS senator Orlando Cabalo instead proposed that algorithm based promotion should be banned. Motions to approve this senate bill were called and the vote did not pass 1-9-1.

Senate Resolution SR-S22-009 ASUCR to Publish CAPS and SHS on ASUCR’s Social Media Platforms and Website would call for ASUCR to publish CAPS and SHS resources on social media and websites. Senator Usmani hopes for ASUCR to publicize this news to streamline the information CAPS and SHS put out. They will be partnering with them to help promote their resources to more students on campus. Motions to approve this senate resolution were called and the vote passed 12-0-0.

Senate Resolution SR-S22-008 Take Action for LGBTQ Mental Health Act, authored by Senate Intern Niall Wade, would call for small improvements to help queer people who are struggling with mental health. A presentation is wanted in support for the queer community and LGBTQ+ community. Motions to approve this senate resolution were called and the vote passed 12-0-0.

Senate Resolution SR-S22-006 Proposition to Fix ITS Issues on R’Web Registration Portal proposes to remedy ITS issues on R’web for registration. It would call for the deletion of removed classes from the registration box that lead to confusion and would make portal pop-ups less convoluted. Motions to approve this senate resolution were called and the vote passed 12-0-0.

Senate Resolution SR-S21-007 Implementing ASL/Deaf Culture Courses at UCR was a resolution passed last year and returned this year to be approved once more. Co-authored by people in the ASL community and ASL club, ASL classes would be added into UCR course catalog. As explained by senator Torres, Riverside is well known for its deaf community and knows this resolution will unify the students and the extended community in Riverside. Motions to approve this senate resolution were called and the vote passed 12-0-0

Senate Bill SB-S22-006 Guidelines for T- Shirt Reimbursement would refund T-shirts only for registered members on Highlander link. Highlanderlink is sometimes outdated or has other issues that do not accurately represent the amount of students in an organization. Motions to approve this senate bill were called and the vote passed 12-0-0.

Senate Bill SB-S22-009 Senate Oversight Legislation aims to reaffirm current senate oversight over legislation. Legislation that the Senate passes is being followed up by the other branches. The bill affirms rights of the Senate and leading members of the Judicial branch. Senator Usmani commented that senators might have a hold of power to make and approve motions to subpoena ASUCR various officials and individuals but they also might have other biases and concerns. Senator Kent believes that requesting people to come might work well for the future. Senator Richardson respected the language of the legislation as the senate is urged to report to the students for transparency. Senator Nguyen was concerned that they are limiting the amount of times an individual can be subpoenaed. PPT Cabalo noted the importance of oversight and hoped the bill would allow students to play a more active role in ASUCR. Motions to approve this senate bill were called and the vote passed 7-3-1.

Senate Resolution SR-S22-010 Implement a Zero Tolerance Sexual Violence Policy for FSIC Members resolves to implement a zero tolerance sexual violence polict for FSIC members. SHVP Chairperson Leilani Tull expressed that sexual violence is really high especially in high education and detailed how the resolution is a call to action for members of FISC to be held accountable for their actions not just for students but for faculty and staff. Tull wants to destigmitize sexual violence and help provide UCR student resources. SHVP Committee member Harry Ramos Haessnar was tired of hearing from friends that they reported and did not see action taken. Motions to approve this senate bill were called and the vote passed 11-0-0.

To conclude the meeting, multiple senators had announcements to make. Senator Torres first gave congratulations to everyone for their endeavors and achievements. CHASS senator Aalani Richardson reflected on the Texas school shooting and the senators took a moment to recognize the victims. CHASS senator Victoria Nguyen announced a First Time College Student event that took place on May 26th 2022. The meeting was then adjourned at 9:30 p.m.