Since the launch of the streaming platform Disney+, Disney has been releasing new “Star Wars” projects that tell various stories in its franchise. The most recent miniseries, “Obi-Wan Kenobi” features Ewan McGregor, reprising the titular character from the prequel trilogy. The series premiered on May 27 and has released a new episode every Wednesday since.

The series is set 10 years after the events of “Star Wars: Episode III — Revenge of the Sith” and Order 66. During these events, Anakin Skywalker (Hayden Christensen) turns to the dark side, becoming Darth Vader and all Jedi are ordered to be executed. The series follows Jedi Master, Obi-Wan Kenobi, who is hiding on the planet of Tatooine. After Obi-Wan is sent out on a mission to rescue a kidnapped Leia Organa, he encounters Inquisitors, who are on the hunt for Jedis. Throughout the season, the looming anticipation of an encounter between Obi-Wan and his former padawan Anakin is present.

The actors’ performances, particularly from McGregor and Christensen, are highlights of the show. Both actors are able to ease back into the roles they played 17 years ago without missing a beat. Audiences, especially fans of the prequels, get to experience the actors back in the roles that they are known for. It brings in a nostalgic feeling that has fans excited to see their performances, as well as the interactions between the characters. McGregor gives a captivating performance, seamlessly disappearing into the role and enhancing the character. Through his acting, the audience is able to see how much Obi-Wan has changed since the prequels as well as through his journey in the season. McGregor portrays Obi-Wan in a way that the audience is able to understand his emotions and sympathize with him as he faces Vader.

The show brought in characters and concepts from other projects in the franchise, fans were sure to feel nostalgia when watching the show, with many noting it as a main highlight. As a result, the show brings in many parallels that connect to the past and show the symbolism. In the final showdown between Obi-Wan and Darth Vader in the season finale, the audience is able to connect dialogue and moments to the prequels and TV series, “Clone Wars” and “Rebels.” “Obi-Wan Kenobi” is able to tie the past of the prequel trilogy with the future of the original trilogy by enhancing the stories of characters from both projects. The season finale is filled with action and emotion that presents an engaging episode for all fans. The show satisfies its fan base by giving them moments that are nostalgic to the franchise. Between the action and emotional scenes, the audience is kept on the edge of their seats, knowing that the season has led to this final, intense episode.

The plot of the show allows for the audience to learn more about the “Star Wars” universe during the gap between the prequel trilogy and the original trilogy. The audience is able to see the Jedi-hunting Inquisitors, who were only previously shown in video games. Besides the Inquisitors, the audience learns more about Leia and Luke in their childhood years. The show mainly follows Leia as Obi-Wan is often paired with her in the season. While maintaining the story, “Obi-Wan Kenobi” adds its plot to expand the franchise and give audiences a deeper look into the timeline. While Obi-Wan is not the same character as he was in the prequels, being worn down from time and guilt, he is able to come back and redeem himself.

Alongside the performances and plot, the show presents brilliant cinematography that makes the viewing experience an aesthetic one. It helps to enhance the story as it adds to the symbolism presented in the show. The cinematography takes advantage of its sound as well as imagery from lighting and angles to heighten the viewing experience. The show often includes flashbacks to moments in the prequels that highlights the change in character for both Obi-Wan and Darth Vader. Additionally, the show makes excellent use of its famous soundtrack composed by John Williams, such as “Imperial March.” The soundtrack alongside sound effects, such as Darth Vader’s breathing and the lightsabers dueling, brings a chill to audiences.

Verdict: “Obi-Wan Kenobi” serves as a bridge between the prequel and original “Star Wars” trilogies. Through the actors’ performances and recollections of past projects, the audience is able to have an enjoyable viewing experience. 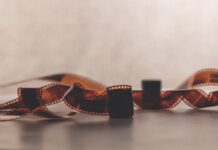 Don’t miss out: 10 most anticipated films this season