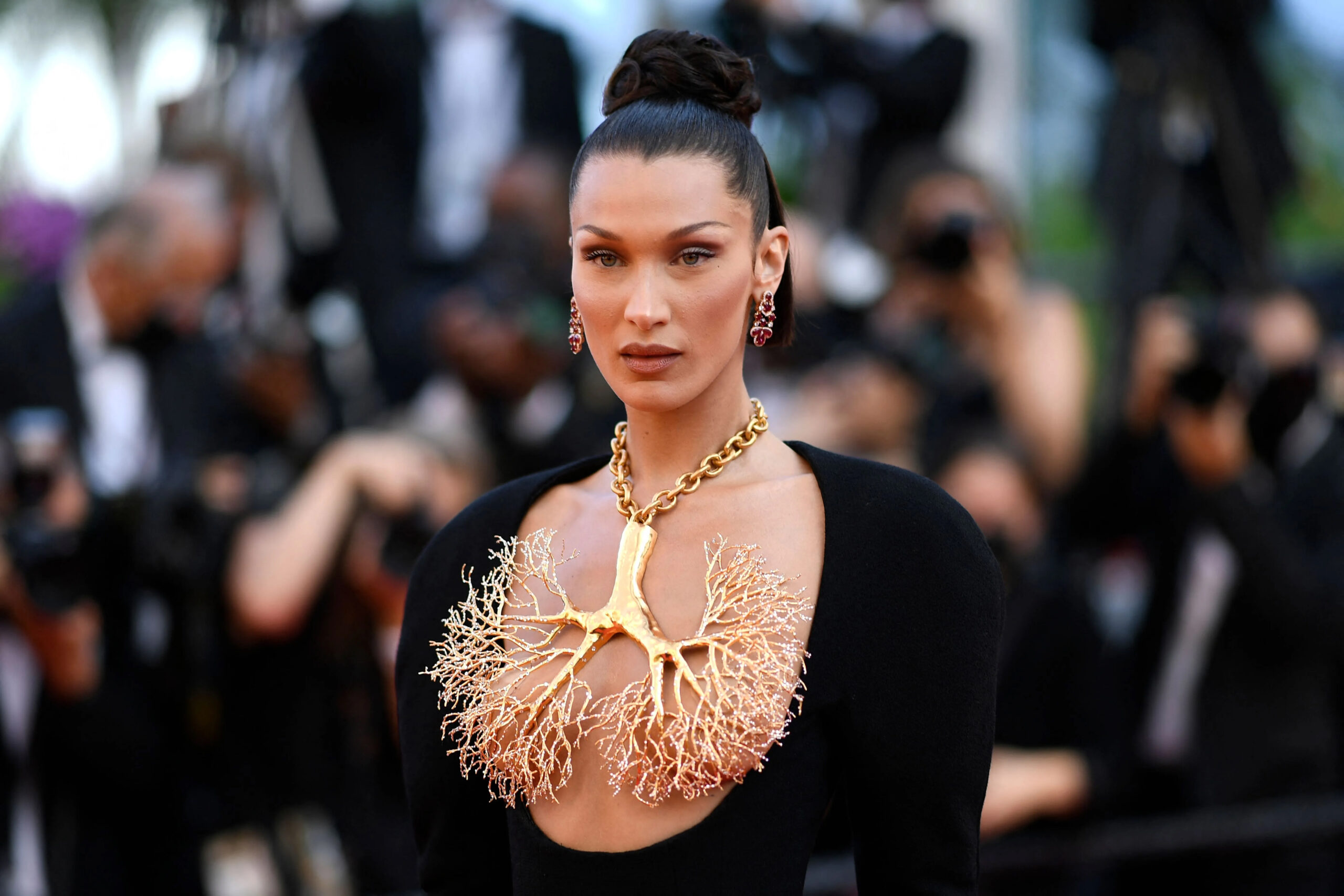 Great inventions always start with a bit of luck and a silly idea — in this case, it started with a bit of silly string. Silly string might have just been a childhood toy to a lot of us, but Spanish designer Dr. Manel Torres reimagined its intended use. The fashion designer who disliked the lengthy process of garment construction used it at a friend’s wedding. Invoked with curiosity, he wondered if the same technology in the can could be used to spray on fabric. What this would lead him to is the performance of a lifetime. This year he would stand before all of Paris Fashion week to spray a Coperni dress using his silly string invention onto supermodel Bella Hadid.

Coperni is a French ready-to-wear and accessories brand that is no stranger to science. Its founders Sébastien Meyer and Arnaud Vaillant established the brand fairly recently in 2013. They named the brand after Nicolaus Copernicus. Thus, a theme of discovery inspires the brand’s visuals and creative direction. They have printed things like “a world in motion” onto graphic t-shirts, but they’ve also stretched the concept for their designs. During the pandemic, they created antibacterial fabrics that would promote health along with various bags inspired by technology (i.e. the swipe bag, the Wi-Fi bag, etc.). At this year’s Spring Summer ‘23 Paris Fashion Week, Coperni did not shy away from their DNA.

With the help of Dr. Torres, they showed the world where the next step in fashion is headed. A fashion show typically has an order: the audience sits, they watch the stream of models with gorgeous designs walk in and out of a room, then the show ends. Here it was almost typical. The show opened up with a very strong tailored jacket and a fluid moving black dress, a small leather belt sat just above the model’s elbows and when the audience waited for the end an almost nude Bella Hadid took center stage. Murmurs echoed through the audience as spray guns and two men dressed in black proceeded to take the stage with her. One of these men would be Dr. Torres. Once they began spraying her, the substance looked like a white liquid, then spider webs and finally fabric; everyone’s mouth dropped. The whole process only took about 10 minutes to complete. A woman also dressed in black came out with a pair of scissors and made an elegant slit along the side of the dress while also adjusting the shoulder straps. Many viewers could not tell if they were watching real life or a futuristic sci-fi movie. Once complete, Bella Hadid walked gracefully with the dress showing it off as a form of luxury and innovation.

What’s fascinating about the brand is how they incorporate modernist designs into one-of-a-kind pieces that constantly push toward the future. In an interview with, Fédération de la Haute Couture et da la Mode, Coperni noted “We’re fascinated by the relationship between humans and technology. And how technology can help humans.” Interestingly enough, Dr. Torres obliges to the same principles. I’d dare say it was fate or dumb luck that they happen to meet.

Dr. Torres established his own company, Fabrican, in 2003 where he experimented with different ways to use the fabric for good. In a TedTalk, he talks about the process of creating this fabric; how he wanted it to be strong in its weaving like a spider web but easily applicable like silly string. His goal in 2013 was to set up different booths where designs and styles are coded into a program. Here, you just walk in, choose your design and the machine prints the clothes on you. This Paris show was only a glimpse into his vision of making that a reality.

The Fabrican invention is great for many reasons. A highlight of the technology is that the material they can create is a fabric made of natural fibers that can be re-worn and recycled. That includes fabrics like cotton and linen. He’s also theorizing ways to implement it into rectifying damaged garments combating fast fashion practices. It’s a big win for the movement towards a sustainable fashion market. However, the designer didn’t just stop there. Dr. Torres has held various exposes demonstrating how his spray on fabric can also be used for medical purposes. He created a way to easily apply casts on patients with broken limbs, a process usually requiring extreme precision and time. Along with being recruited by the Mexican government to use his fabric to help with oil spillage recovery.

This goes to show the importance of integrating fashion and science into one. When the head meets the heart a lot of good things can come of it. These designers showed the fashion world that anything, even saving the world, is possible with a bit of imagination and determination.