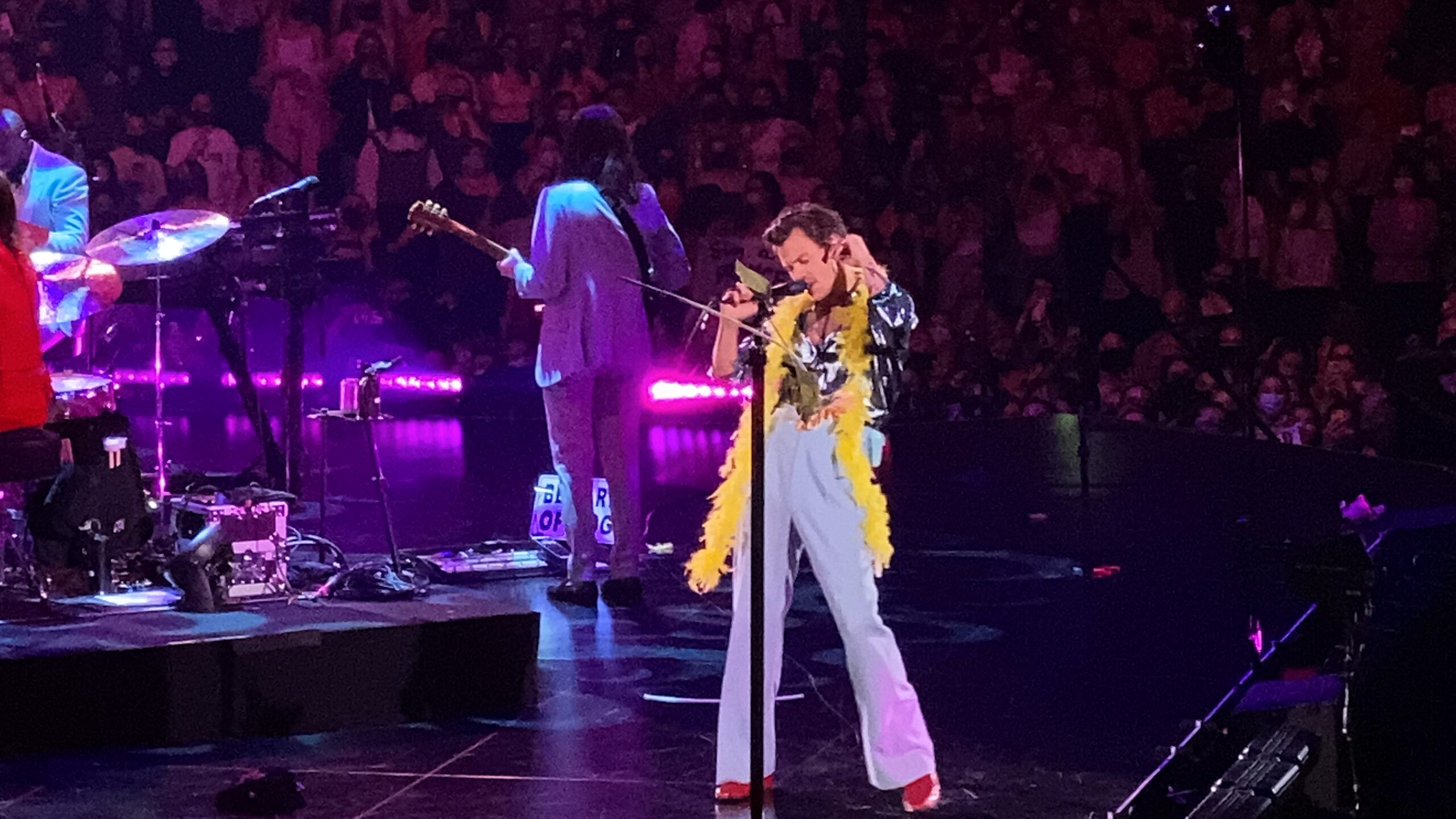 Harry Styles caused a sensation in 2020 when he appeared on the cover of Vogue wearing a Gucci lace-trimmed white dress. The magazine was filled with plenty of other pictures of Styles wearing various kinds of dresses and skirts. It immediately led to a flood of controversy, with some people complaining that men were becoming less masculine while others congratulated Styles on breaking gender norms.

Despite what the initial wave of outrage and pearl-clutching at Styles’ cover may have led you to believe, it is not the first time a male singer has dressed in drag. It’s a practice that extends back to the 70s, from Queen to Kurt Cobain. It is not new, which leads to the question of why, even now, the same tired reactions play out anew. The answer is that despite what popular culture shows, America is still a deeply conservative society that leaves little room for anything even slightly out of the norm.

Yet it wasn’t just conservatives who had issues with Styles. Several objected to the fact that the first cover of Vogue featuring a man in a dress was an apparent heterosexual, especially considering that cross-dressing queer men have historically been harassed and threatened over the way they dressed. Styles received a fair number of people accusing him of queerbaiting as a result. But queerbaiting is a lot more complicated than a straight person “acting gay.” The official definition of queerbaiting is “a marketing technique for fiction where creators hint at but never depict a same-sex romance.”

It should be noted that the way you dress doesn’t define your sexuality. In fact, it was only in the past several decades that crossdressing even gained queer undertones. In the days before women were allowed to participate on stage, female impersonators were common without them being considered “unmasculine.” But by the 1920s, they were beginning to become less common as ideas about sexuality and dress were changing. Simply put, cross-dressing was suddenly considered “gay.”

The purpose of this is to show that our ideas about sexuality being linked to our appearance are a shifting social construct. Styles wearing a dress does not make him queer, nor is it fair to accuse him of queerbaiting solely because he wears a dress. Clothes do not define your sexuality.

How can a real person queerbait? After all, there are real social barriers that might prevent someone from coming out, and expressing themselves in limited ways. Not to mention the idea that someone is required to broadcast their sexuality to the world is more than a little messed up.

But Styles did receive more backlash for locking lips with Nick Kroll at the premiere of the film “Don’t Worry Darling” at the Venice Film Festival. Straight-presenting famous figures have long been criticized for publicly kissing members of the same sex, with many viewing it as a cheap ploy to generate clicks and controversy. Among the people who have received criticism for it are Britney Spears and Madonna, John Krasinski and Pete Davidson and more, and Styles has joined that list.

He also received backlash for his comments on gay sex in film. While promoting his newest film “My Policeman,” Styles told the Rolling Stone, “So much of gay sex in film is two guys going at it, and it kind of removes the tenderness from it.” Many debunked Styles’ claim that cinema includes a plethora of “two guys going at it,” pointing out that very few mainstream queer films show the explicit sex Styles seems to be criticizing. While his remarks did seem ill-informed, more people were upset at Styles speaking with any sort of authority on the queer community, arguing he could not refuse to claim the community and at the same time publicize his opinions on it for the world to see.

So to answer the question this article poses — is Harry Styles a unique fashion icon or a queerbaiter? Styles, it would appear, is not really either: he is not particularly unique or novel with his fashion, and you cannot label a real-life person a queerbaiter even if his actions appear to walk a fine line to some.