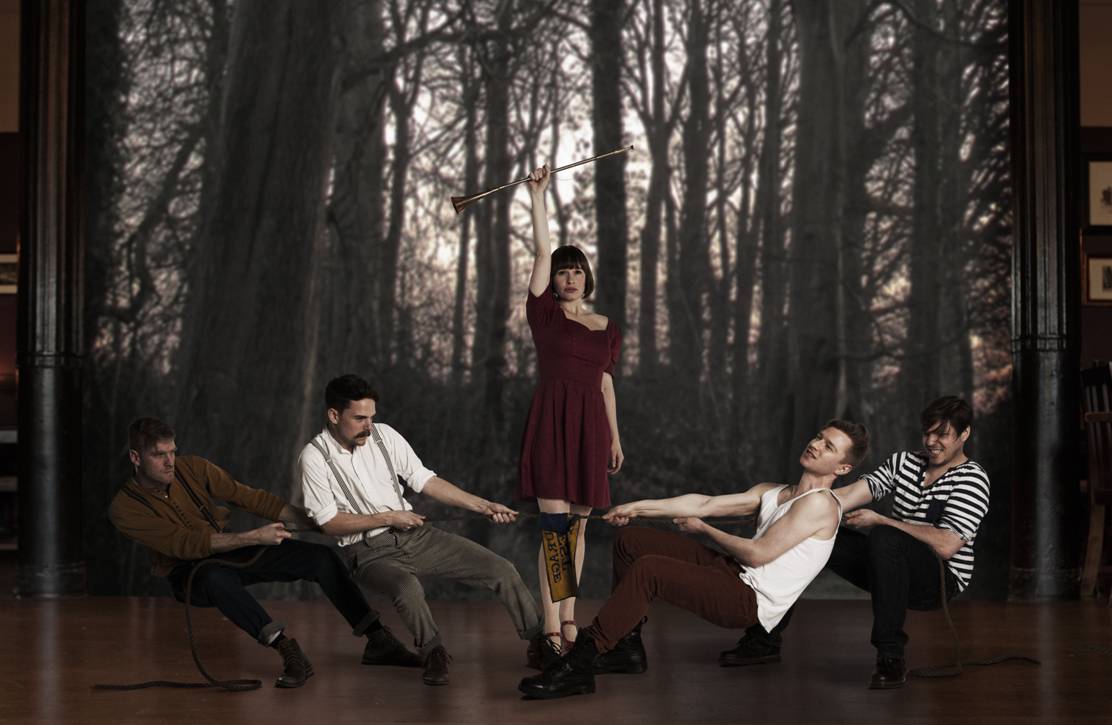 Have you ever felt the urge to go drinking in a British pub, but couldn’t afford to go to England? Skinny Lister, the folk five-piece that hails from all across England, is your solution. Though I like Mumford and Sons as much as the next guy, this group puts an undeniably different spin on British folk—one that is rooted in traditional working- and pub-type songs. To hear the difference between this band’s raw earnestness compared to more popular, albeit still talented, folk artists of today is quite a refreshing change.

“Rollin’ Over,” the lead single from their debut album, “Forge and Flagon,” spearheads the roaring, rough harmony and boot-stomping charge that most of the album maintains. Lead singer Dan Heptinstall sings sincerely, “Promise lead me / to be with you Godspeed me / as I roll, roll back to your side,” as his bandmates join him in almost chant-like fashion for the second part of the verse.

Skinny Lister shows their versatility on “Peregrine Fly,” which follows a much slower acoustic guitar, accented nicely by an understated bass, heartwarming violin and longing accordion. The group’s lone female, Lorna Thomas, leads a duet between herself and Heptinstall as they sing, “In the evening sun where the shadows grow long / The wind will sing us the strangest song / The strangest song / With only the sky above / I’ll be lost in the arms of the one I love.” The song truly emits the presence of a deeply caring love between two people as they watch the world go by.

Continuing on the theme of versatility, the group’s cover of the traditional folk song, “John Kanaka,” is also excellent. They form a unique sort of acappella that has beautiful harmonizing, but also the rough, blue-collar edge that a working song should, with certain members singing even louder at a howl.

The band is also known for their raucous and frequent live performances, in which Thomas and bassist Michael Camino are said to crowd surf—with Camino playing his standup bass while floating gently over the crowd.

Honestly, I first heard this band last week, but they have managed to capture my attention faster than any band in recent memory. The earnestness—rather, the genuine feeling I got when listening to their music felt very different than simply overproduced dance synths (not a knock on dance music, just the exploitation of it for cash rather than any sort of art) often heard on pop radio today. Plus, it’s difficult not be happy just giving these guys a listen—I challenge you not to tap your foot or bob your head up and down. If there is one line to describe this band’s fun yet loyal attitude, it comes from their song “If The Gaff Don’t Let Us Down” when they say, “We’ll sail away tomorrow and we’ll sleep away tonight / Let’s raise a glass to England, she will be a pretty sight.”