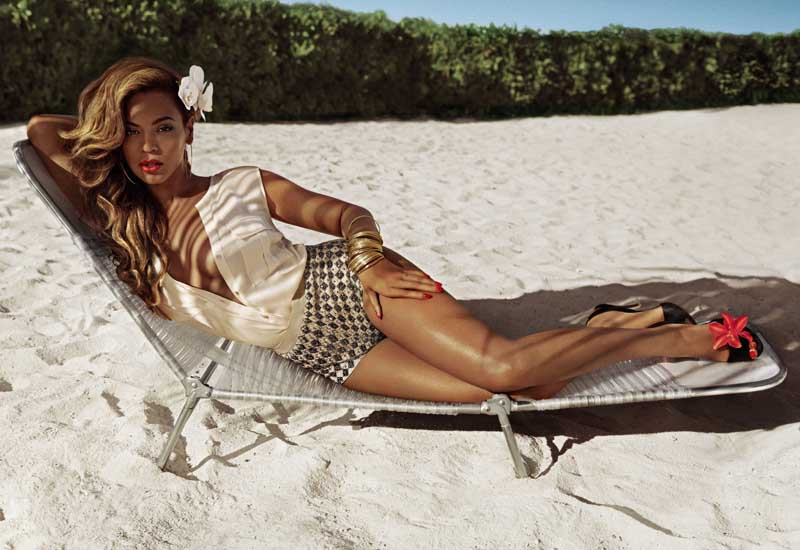 Who run the world? Beyoncé. Wife, mother, entertainer and designer, Beyoncé is lending her bootylicious curves to H&M’s summer 2013 collection. And trust me, we are counting down the days. This isn’t the first time the fashion forward brand has collaborated with powerful superstars for its collections. Just last season, Lana Del Rey’s flawless face covered posters around every store. And who could forget David Beckham in those oh-so-snug undies? Lord knows I can’t, nor do I want to.

H&M has made some big moves within the last year. The brand recently released its Conscious Collection, where old clothes are recycled to make new, fashionable pieces at an affordable price. Conscious Collection has gotten so much buzz lately that Helen Hunt wore a navy blue gown from the line to the Oscars! Beyoncé has also had a remarkable year, from her acclaimed HBO documentary to her sold-out world tour and of course, her lights-out performance at the Super Bowl.

This is the first time the singer has collaborated with another fashion line other than her own, “House of Deréon.” Using her designer skills, Beyonce had a personal say in designing some of the clothing pieces, influenced by her own personal style. The singer admitted she has always been a fan of the brand’s “fun, affordable fashion.”

Delivering on the theme of paradise, the campaign was shot in the Bahamas (jealous!) by world famous photographers Inez & Vinoodh, directed by Jonas Åkerlund. Officially titled: “Beyoncé as Mrs. Carter for H&M,” her campaign will extend from print ads and online videos to TV commercials. The collection will feature pieces from H&M’s WaterAid beachwear collection, in which 25% of profits go towards the charity’s effort to deliver clean water to developing countries. A feature of the singer’s latest song, “Standing on the Sun,” will also be revealed as part of the campaign. The collection draws inspiration from the four elements of Mother Nature: earth, fire, water and wind. It is set to hit stores in May. All hail King Bey.