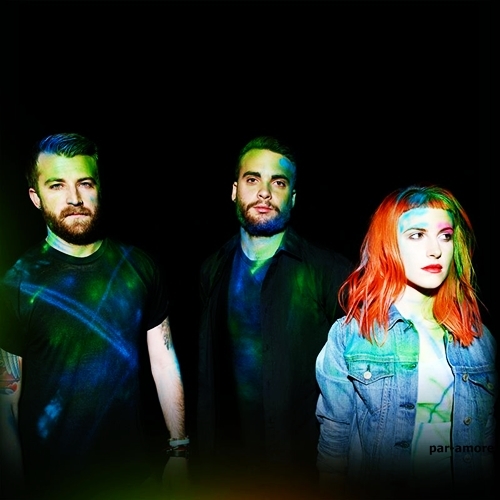 After Paramore’s fast rise to stardom thanks to Hayley Williams’ electric voice, a swarm of criticism and lackluster music seemingly tore the band apart. Coinciding with the release of their third album, “Brand New Eyes,” Paramore lost its cohesiveness when the Farro brothers departed from the band. But out of celebrity scandal and band breakup rumors, Hayley Williams and her band of misfits have given their fans a treasure to behold: their fourth album titled, “Paramore.”

This album breaks the traditional Paramore sound that originally made the band famous. Sounds from prior songs like “Misery Business” and “My Heart” are nowhere to be found. Instead, a blend of hypnotizing and sweet melodies dictates the flow of the album.

The album begins with “Fast In My Car,” and the listener is immediately made aware that this is not the average rock or pop album with predictable instrumentation and lyrics; it is a transition from pop rock to an indie sound. The song starts with heavy emphasis on electronica and sets the tone for an album which no longer relies exclusively on Hayley Williams and her outstanding voice, but instead leans on bassist Jeremy Davis and guitarist Taylor York.

As the album continues, songs like “Now” and “Interlude: Moving On” focus heavily on the departure of the Farro brothers and the survival and reinvention of the band. Later songs like “Daydreaming” and “Hate to See Your Heart Break” provide a more organic form of an indie love song, different from the forced and sometimes emotionless songs on their previous albums.

Not only is the sound different in terms of genre, from pop rock to indie, but Williams herself has reinvented her voice. She becomes more passionate and emotional, as her long breaths make the listener feel her pain and sometimes joy throughout the album. The fabricated screaming pop sound is gone, as Paramore has truly arrived. The intro sequences of the album show that Paramore has become a band capable of producing both meaningful music and high quality sound, and are no longer just a collection of musicians who produce high-selling music.

Perhaps the most publicized song on the album is “Still Into You.” Interestingly enough, this seems to be the weakest song on the album, largely because its lyrics aren’t exactly exciting and the melodies aren’t as barrier-breaking as the rest of the album. But even the weakest song features a sound which is far different from bands who have “sold out.” Paramore has taken a lot from their strongest pieces in previous albums and reinvented them in “Still Into You” with a new, softer voice that rings authentic to listeners.

The album draws to a close with traditionally powerful and emotional songs like “Hate to See Your Heart Break,” which has been a staple of Paramore’s albums, beginning with “All We Know is Falling.” This piece in particular features some of the best writing by the band, as Williams truly stresses the new sounds of both her voice and the instruments with fantastic lyrics that capture the mind and heart of the listener. Lines like “For all the air that’s in your lungs / For all the joy that is to come / For all the things that you’re alive to feel,” combined with beautiful guitar play, creates a mood simply not felt on any previous album. It’s truly a pleasant experience when listening for the first time.

Some fans may call these new sounds and songs too different from the original Paramore. But this new album features a band that has without a doubt evolved from a pop rock band with little future to a band that recognizes what real music is truly about: fantastic writing and cohesiveness.