Highlander
Home Radar Away From the Sprawl Away From The Sprawl: The Evens 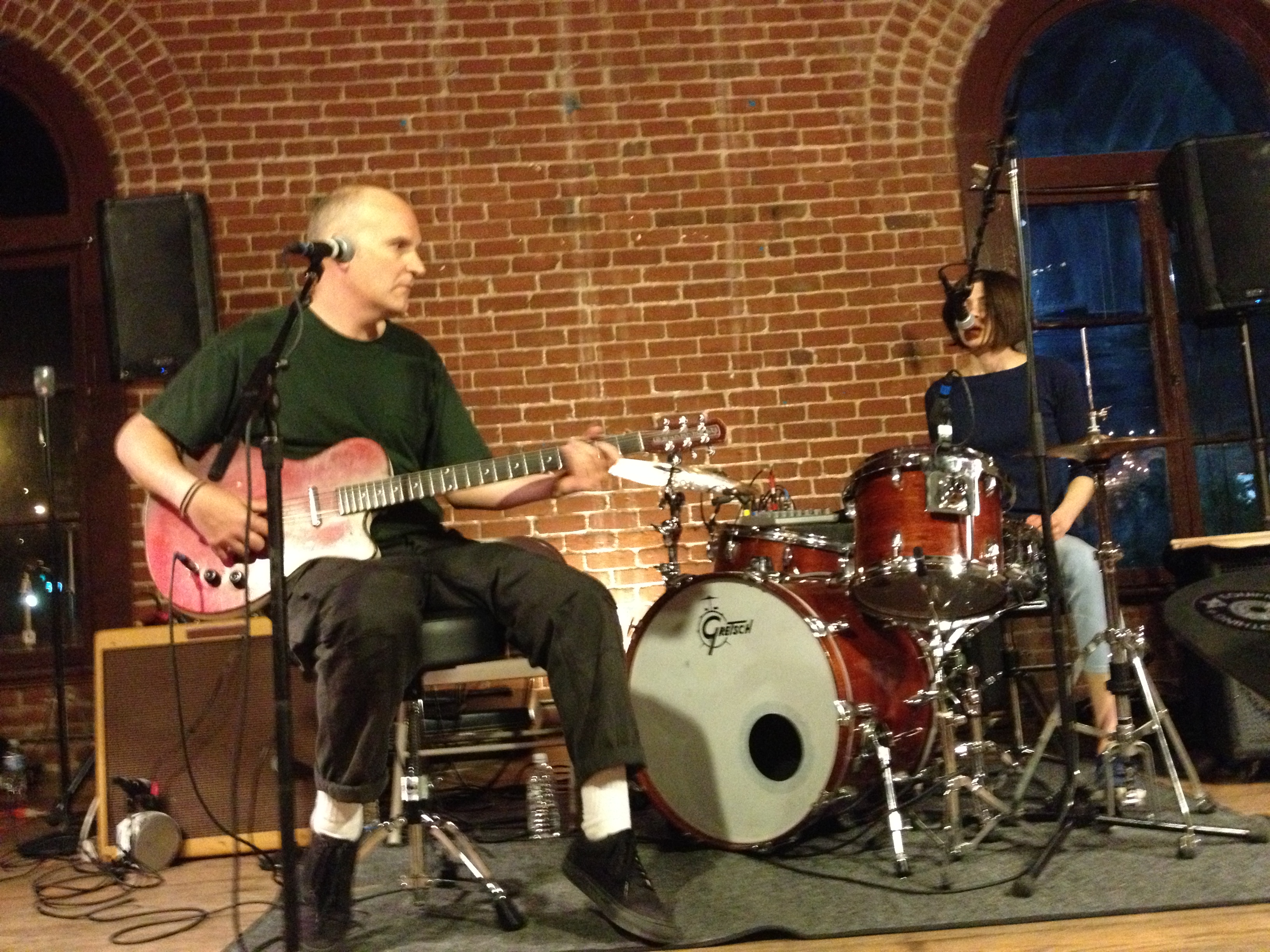 “When is Fugazi getting back together?” shouted an audience member.

“When is Fugazi getting back together?”

“What the f—k are you talking about? Do you know how many thousands of people got to see Fugazi? You’re getting to see The Evens. Not many people can say that.”

And so started the brilliant set from hardcore legend Ian MacKaye’s current band, The Evens, at Blood Orange Infoshop in downtown Riverside last Thursday evening. The Evens, consisting of MacKaye (formerly of Fugazi and Minor Threat) on guitar and vocals, and longtime partner Amy Farina on drums and vocals, put out their first album in 2005. They came out with their most recent album in 2012, entitled … well, “The Odds.”

The show, attended by about 200 people, was located on the second floor of Blood Orange Infoshop. It’s probably the simplest setup you could ask for—just MacKaye and his guitar and Farina on her drum set, with a couple amps that they controlled beside them. The brick walls made for great acoustics as MacKaye and Farina rocked their unique blend of acoustic and aggressive music.

Before the show even started, MacKaye asked everyone in the audience to sit on the floor not only so everyone could see, but so that he could connect with many more audience members. The crowd, diverse in age and style — there was a baby wearing sound-blocking headphones sitting with her father in the front row — was seemingly put into a trance as they rocked out simply by bobbing their heads throughout the songs. The intensity on MacKaye’s face was incredible as he jammed sitting in his chair, and on more than one occasion nearly knocked his microphone over just from playing so hard. Farina also looked passionate as she sung her heart out while performing complex drum rhythms.

After the show, MacKaye stayed for at least a half hour taking pictures and signing autographs for anyone who wanted one. He was also selling copies of all three of The Evens’ albums in record form and CD for $10. Over the course of his musical career with Minor Threat and Fugazi, MacKaye has been known to staunchly defend to keep his ticket and albums prices low. Their next show will be at the Vex Arts in Los Angeles on April 17, and during the second weekend of Coachella on the 19. If you have the slightest chance to go and see them, I highly recommend it. It’s not a show you’ll want to miss.