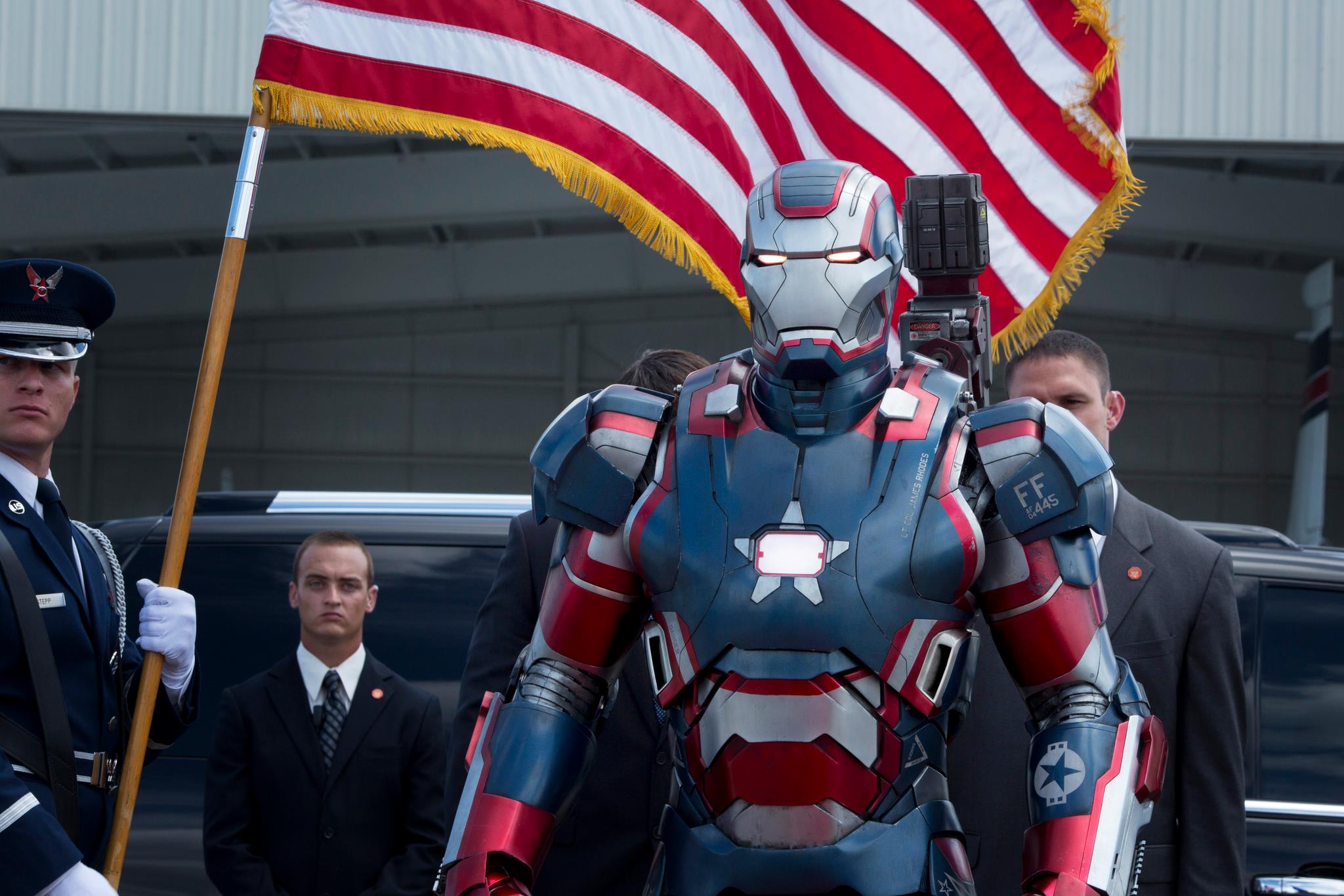 “Iron Man 3” had big shoes to fill. As Marvel’s first post-Avengers outing, this installment in the Iron Man franchise soars, surpassing its predecessors. This is currently the best film in Marvel’s ever-expanding cinematic universe.

The film has high ambitions. It juggles political commentary and half a dozen central characters wound into a relatively intimate narrative that is far more concerned with the man behind the iron mask than senseless action set pieces. This has always been the success of the Iron Man series. Instead of having the lifeless computer-generated Iron Man, we get the endlessly talented Robert Downey Jr.

This is an awards-worthy performance by Downey in a film that fully utilizes his comedic cynicism and immediacy. In bringing Tony Stark to life, Downey gives a performance that is so rich and layered, it seemingly doesn’t belong in a film that often takes itself so lightly. The supporting cast is stellar. After two films, Gwyneth Paltrow is finally given ample screen time by adding some much-need gravity and complexity to the narrative. Don Cheadle took over as Colonel James Rhodes in “Iron Man 2” after Terrence Howard’s departure and is undoubtedly better suited for the role. Sir Ben Kingsley plays the Mandarin, an international terrorist mirroring Osama Bin Laden. Kingsley hasn’t been this good since “Sexy Beast.” He could have easily been creatively absent, but watching a top-tier actor have this much fun is well worth the price of admission alone.

Jon Favreau stepped out of the director’s chair, giving “Iron Man 3” a much-needed breath of fresh air. Where Favreau struggled in finding comedic and emotional grounding, series newcomer Shane Black has configured a nearly pitch-perfect tone. Nearly, because “Iron Man 3” never feels as menacing or high risk as the filmmakers intended. This is due in part to the film’s innate comic nature. Stark spends much of the film in the playful banter of an adolescent boy, undermining the ominous threat of the Mandarin.

Black’s direction is one of the film’s biggest and most satisfying surprises. Coming into “Iron Man 3,” Black had only directed one feature: the $15 million, brilliant Downey-led black comedy “Kiss Kiss, Bang Bang.” Dealing with a $200 million dollar budget, Black isn’t just competent; he proves that he is fully capable of operating a major blockbuster vehicle. Fans of his first film will be in awe at his ability to stage action. Watching Stark command a hoard of Iron Man drones demands to be seen. What he has done is nothing short of breathtaking. Joss Whedon, take note.

Jaw dropping visuals aside, what makes Black’s “Iron Man 3” the best in the series is his distinct understanding that the film belongs to Tony Stark. Favreau failed to create a world in which the audience could identify with the troubled billionaire. His Iron Man was misanthropic with no true humanity. “Iron Man 3’s” screenplay, co-written by Black and Drew Pearce, economically opens up Stark’s world by limiting his ability to use the Iron Man suit. One of the big themes of the picture is what makes Stark superhuman. The answer? It is his intellect and cunning––the suit is just supplemental. The screenwriters are decisively pushing the franchise into uncharted territory. Where most superhero fare ends or gets a resuscitative reboot after a third film, because of the way Black develops Stark, “Iron Man 3” astonishingly feels like it is just the beginning.

One of the issues of the film’s existence in a post-Avengers Marvel universe is: How do the filmmakers account for Stark being a member of an elite team of superheroes? The threat in this film seems a lot less immediate than the impending alien apocalypse in “The Avengers.” Why couldn’t Stark simply ask Captain America or the Hulk for assistance? Black and Downey artfully maneuver around this issue by creating a more complex Stark, one that has been shaken and disturbed by the events that took place in the Avengers, giving the film an unexpected emotional pulse. There are profound psychological consequences to our hero’s actions, a revelation in a non-Christopher Nolan directed superhero picture.

This is the Marvel universe all grown up. “Iron Man 3” represents a major step forward for films of its kind; it is a mature, explosively entertaining pop spectacle.