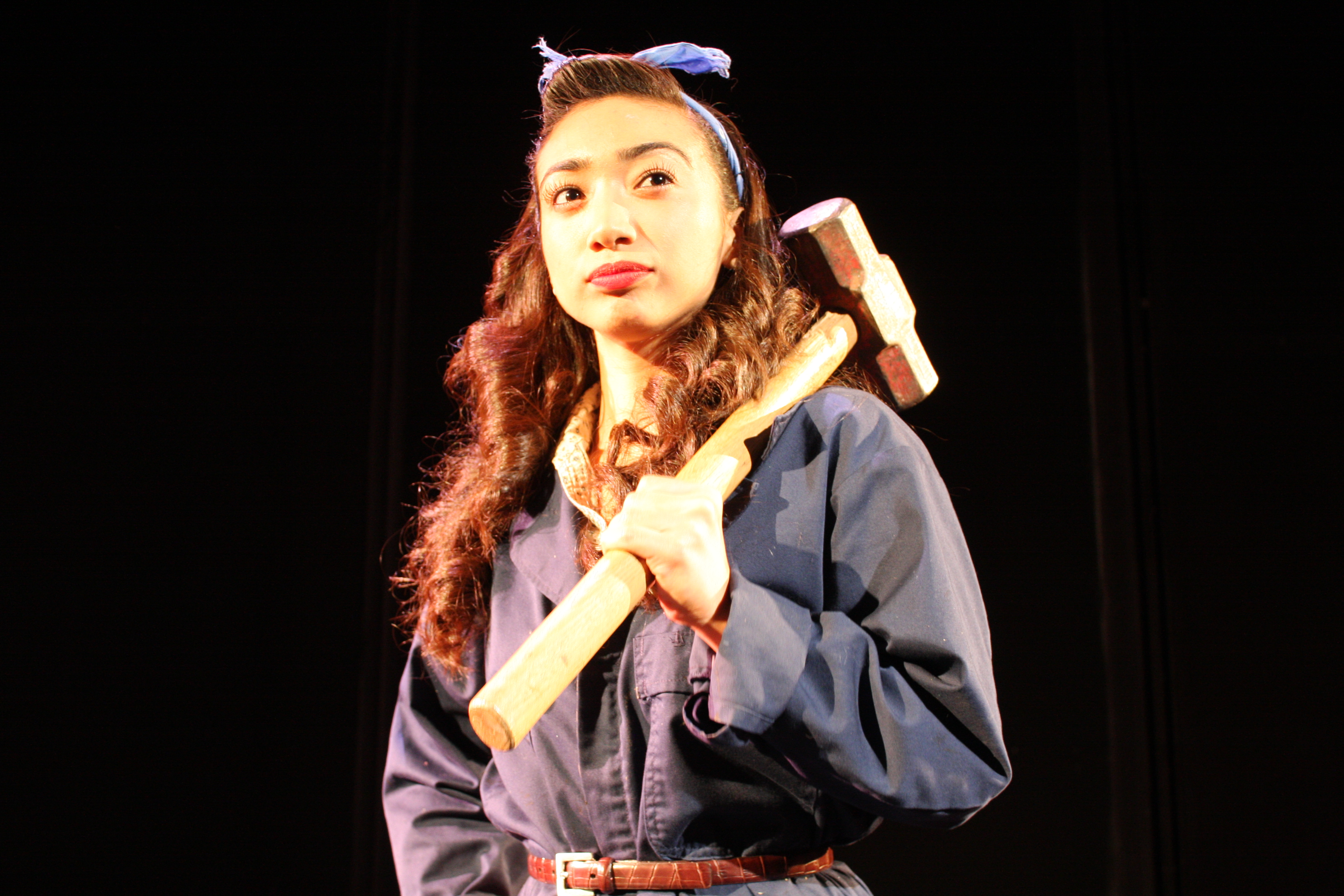 “We Were Here” Review

“We Were Here,” written by second-year MFA graduate student Rachell Campbell, discusses the topic of feminism and the role women had in 1940s workplaces. There are only four characters throughout the entire play: Donna (Laura Henricksen), Ida (Brandi Douglas), Jean (Yesenia del Villar) and Susan (Sarah Green). The play is set in a Western fighter plane factory during World War II and follows the cast’s daily lives and problems as factory workers on their lunch break. Campbell uses these lunchroom scenes to explore themes of feminism by showing the audience that these women are devoted to their jobs and want to have a stronger presence in society. Also examined are the characters’ friendships, relationships with men and their desire to find peace in a world full of war and death.

As the play progresses, the friendship between the four characters grows stronger as they share the intimate details of their lives. Despite some stagnant character growth, the actors in the play portrayed Campbell’s feminist themes with natural finesse. They seemed to know and embody the characters they portrayed, such as Henricksen, whose character, Donna, undergoes a metamorphosis from a wholesome housewife to a tough feminist.

The biggest star besides Donna was the old-fashioned radio, which plays a part in certain scenes and acts as filler between scene changes. It represents peace when it is off, even though the women could never find solace in a factory that always has background machinery noise. The radio also narrates all the events happening outside the factory––for example, it plays the news broadcast of the war efforts and Roosevelt’s death.

The simple lunchroom set for “We Were Here” is elegantly detailed and historically accurate, which helped me empathise with the characters. Designed by UCR theatre department’s Haibo Yu, the set is decorated with posters promoting women’s involvement in the workplace, which sets a progressive mood and relates back to the play’s main themes. The water dispenser and table was a nice touch because it is reminiscent of any factory break room.

As a work of semi-historical fiction based on real people, the play is an interesting and realistic take on women in the 1940s. It does have moments of comic relief in the form of witty lines and banter between the characters (including a discussion about girdles), but the play’s explicit themes of gender roles are meant to overpower everything else.

The play was a great emotional rollercoaster. It may not be for everyone, but it definitely represents a different perspective on World War II. The play has its last performance on May 17, and tickets are free for UCR students.

In this complex drama, written by MFA graduate student Kristopher Ide, a woman named Diana arrives in the town of Midville, a conservative city where everyone is devoted to God and upholds religious morals and values. Diana plans to persuade the townspeople to follow her faith in a Goddess with the help of the Hystericals, a group of people who live with Diana in a swamp on the outskirts of town. Diana wants everyone to believe in the Goddess and hopes that they will let loose and develop their individual sexual identity. The play is a medley of drama, sex and morality that exhibits the dirty side of people, even if they are perceived as pristine.

The cast’s performances were great, including Diana (Cat Priamos), who also speaks as the Goddess she tries to persuade townspeople to follow. The mayor (Jack Koester) was convincing in his plight to maintain the puritan values of his city while also trying to suppress his sexual desires. His lengthy monologue, a prayer where he asks for assistance from God, offered a strong and persuasive performance.

The whole play was very much a spectacle, with many visual effects and multiple set changes that included a swamp, the mayor’s office, a jail cell and even a football stadium. The lighting, prepared by lecturer Matt Taylor, was very well done and used vivid colors to easily convey the scene’s setting. Even though the set, designed by professor Haibo Yu, captured the different locations very well, it sometimes felt incomplete. For instance, the jail cell used lighting effects to suggest the presence of bars. However, the actors often broke the area in which they were supposed to stay.

The visuals are still stunning, though. The combination of lighting effects, fog machines and set designs paid off well. The last scene of the play leaves a lasting image in the audience’s minds that also raises questions about religion and what is right and wrong. The play’s triumphant visuals served as a testament to the theater crew’s capabilities. The playwright’s story was intriguing and featured a variety of events that would shock anyone, including the gripping sex and action scenes.