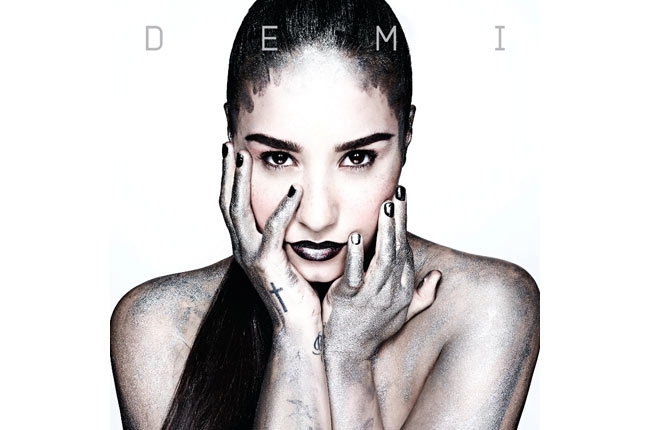 After her career with Disney ended, Demi Lovato’s struggles and triumphs came to a head in 2011 with her heartbreaking single, “Skyscraper.” Although the Disney star had difficulties with eating disorders, self-harm and a painful breakup, “Skyscraper” was definitely an artistic and passionate song that reflected her growth as a person. Her new album, “Demi,” doesn’t quite live up to her single’s transformative depth. The album is probably nothing you will be dying to listen to again and again, but it definitely has a few pop tracks that could be included on your playlist for days at the pool or just hanging out with friends.

The first single, “Heart Attack,” is a common pop song with a catchy beat and easy lyrics, which become comical as she sings about playing with boys like a “Ken doll.” The song is upbeat, fun and something you will hear on the radio way too many times in a day. As Lovato describes herself trying not to fall in love, she says, “Cause I don’t wanna fall in love / If I ever did that, I think I’d have a heart attack.” I’ve never heard of anyone comparing this stage of a relationship to a heart attack, so I thought it was an entirely unique approach to the feeling. However, her lyrics “Make me wanna act like a girl / Paint my nails and wear perfume” are super cliché and show that Lovato is actually trying to impress this guy. It’s also annoying to hear that she has to try and make herself look prettier in order to be good enough for him.

“Made in the U.S.A.” has a promising intro as Lovato sings about her love interest, with cutesy lyrics such as “You always reading my mind like a letter / When I’m cold, you’re there like a sweater.” The song is a bit more childish than I expected; it sounds like it would be sung by a girl in high school rather than a maturing adult. The chorus celebrates her budding romance by singing that their love was “made in the U.S.A.” which doesn’t seem very romantic in any significant way. On top of that, the chorus sounds bland and useless after the second time it is repeated. Lovato doesn’t mention anything significant about the USA that would relate to the importance of their love. Many of her other songs have the same kind of misplaced terminology that does not really fit in with the rest of the lyrics.

Her album is definitely a mix between bittersweet melodies and pop dance tunes that are easily overlooked, but tend to have at least one or two meaningful lines of lyrics in them. “Neon Lights” and “Fire Starter” both follow the same kind of rhythm and have a fun dance beat––but again, they are forgettable because the beats to several of the songs are too similar and the lyrics are repetitive.

“Warrior” is one of the more tragic and melancholy songs on the album. The song tells the typical story of a girl experiencing her first broken heart, and although it sounds like it tries to be as heartbreaking as Adele’s “Someone Like You,” it doesn’t quite make the cut. Much like Adele’s song, Lovato sings about someone who both changed and hurt her, but “Warrior” doesn’t give any real meaning to that person’s significance. Other melancholy songs include “Nightingale” and “Two Pieces,” which are sad in a whiny teenage girl kind of way. Her lyrics, “These dark clouds over me / rain down and roll away,” don’t possess anything remarkable, and Lovato simply uses them to repeat the fact that she’s been hurt repeatedly .

Lovato does have a soft, feminine voice, and parts of “Demi” allows the listener to hear her compassion in her changing tones. Her creativity and originality, though, isn’t quite there yet.

Parts of “Demi” allow the listener to hear Lovato’s compassion in her changing tones and soft, feminine voice. Her creativity and originality, though, isn’t quite there yet.