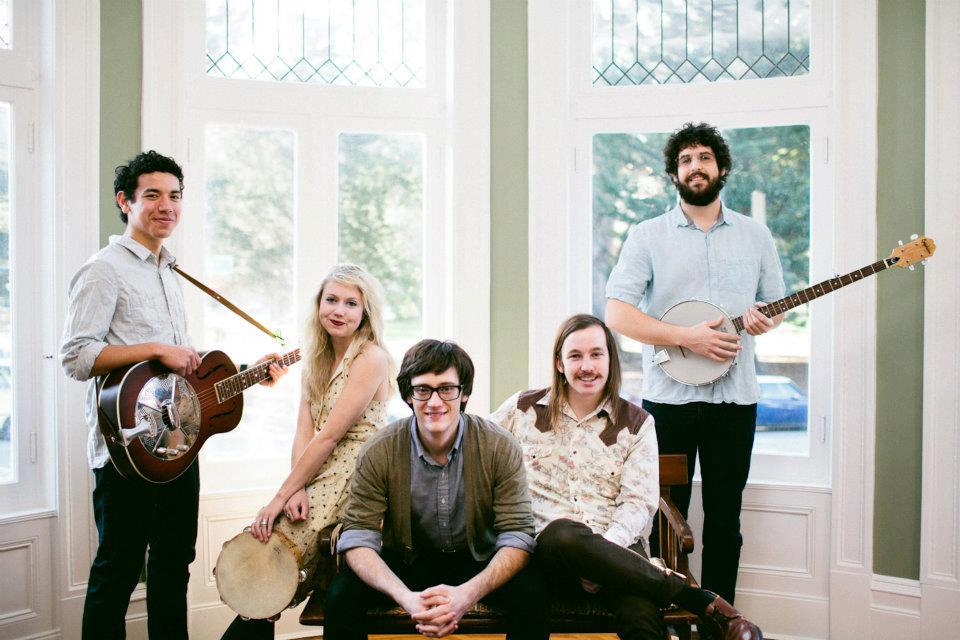 Sometimes the simple things in life are nice to revisit in the technologically dominated era we live in. Branches, an indie folk group consisting of Tyler Madsen, Natalie Nicoles, Jacob Montague, Tyler Goerzen, Mitchell Dong and Michael Springs does just that. Though they may sound like they’re from the Midwest, these self-described “best friends turned bandmates” hail from the suburbs of Los Angeles.

Formed in 2010, the group first started promoting themselves using YouTube. Posting under the channel name “soundslikebranches,” they began publishing covers, starting with “For the Widows in Paradise” by Sufjan Stevens and “The Sound of Silence” by Simon and Garfunkel. They gained more YouTube popularity after they started making these covers into a “cover of the month” feature, and covered songs outside their genre while putting their own folk spin on them. Some of their most interesting covers include “I Believe in a Thing Called Love” by The Darkness, “Seven Nation Army” by the White Stripes, “Halo” by Beyoncé and “Crazy” by Gnarls Barkley.

The band’s homey, old-timey sound also succeeds in their original work. One of the best songs from their first full-length album is “Helicopter.” It begins with a slow but steady drum and soft voices before a banjo slowly builds up, coming to a rush with the drum as lead singer Madsen and Nicoles harmonize and howl, “If thou art the laughter / then thou art the dream.” Other original highlights include the dreamy “Wishing Well” and the rollicking “Sun and Moon.”

More recently, the band mounted a campaign through their YouTube and Facebook pages in which they tried to win an online contest in order to open for Mutemath, Devo, Family of the Year and Shiny Toy Guns in San Francisco. The outreach worked, and Branches secured the opening spot. The band thanked their fans by making their EPs free for download for a limited time.

Though there are many folk groups popping up in the midst of the genre’s revived popularity, one may be hard pressed to find one more earnest than Branches. From the 4,257 fan votes for the contest, to a T-shirt design competition, to suggestions for more covers on their YouTube channel, their fan interaction makes the band seem like some friends you might want to hang out with—except they play good music, too. As of May 17, they had 6,872 likes on their Facebook page, but with more significant gigs (as well as more good music) planned for the future, look for that number to increase soon. And they’ll be sure to thank you for it.