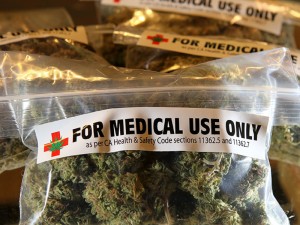 The battle for the legality of marijuana has raged on for years in California. Since 1996, the sale and use of medical marijuana has been permitted under Proposition 215. But the substance has not technically been permissible due to federal law, which declares the drug illegal even for medical usage.

The conflict between California and the federal government should slightly subside due to a unanimous decision by the California Supreme Court to allow municipalities throughout the Golden State to decide whether or not medical dispensaries can set up shop in their districts. The issue that arises from this progressive step is that it may cause a stir between state and local governments. The court’s ruling puts all the power in the hands of California’s cities and counties, which can then ultimately determine the fate of medical marijuana and its proprietors. The court’s decision is controversial, but one that is ultimately valid and beneficial for people.

Although municipalities have been granted final say on the presence of medical marijuana in their jurisdiction, some will argue that the state, which made medical marijuana legal to begin with, should give the final word on whether or not cities actually have the right to ban the product. For the sake of convenience and to provide an easier way for the public to hash out the issue, I am all for putting the decision in the hands of the municipalities.

State law does override municipal law and the Tenth Amendment does grant powers not controlled by the federal government to state governments under the Constitution. But a state’s supreme court decision beats out state law. So if California does decide to draft legislation instituting a law that medical dispensaries are permitted everywhere, it will be void.

This is not to say that individual cities have the right to essentially nullify state laws that they disagree with. Rather, in this specific case, if the majority of people in a certain municipality want to see the eviction of medical dispensaries, then they have the right to ban medical marijuana dispensaries despite medical marijuana still being legal. The choice to condense the power down to municipalities is a rational decision because it provides a better glimpse into where medical marijuana is wanted or needed, providing a better perspective into where the product can be profitable and medically beneficial.

As a result, accessibility to medical marijuana may no longer guaranteed, and traveling to dispensaries will now be a big issue for patients. The ruling also means that there is the possibility of seeing a complete disappearance of clinics in California, and would basically imply marijuana’s illegality even if establishing a dispensary is still legal under state law. On that note, if majority rules, it is hard to argue with the consensus.

There are many options to keep medical dispensaries in certain municipalities; one possibility is to establish an opportunity for residents to vote on the issue within their cities. A popular vote would provide for solid representation and allow for the appropriate action to be taken. A second option would be to petition the prohibition, if one were to be instated. Some municipalities have already instituted a ban, including Riverside. There have been complaints, but if medical dispensaries truly are wanted, there are ways to reinstitute the policy. The third suggestion is to create legislation that would force the state government to determine which areas are most suitable for medical marijuana dispensaries. From that point, citizens can vote on whether or not the state should be able to regulate the clinics and determine their location.

Letting the cities and counties of California have control over the regulation of medical marijuana dispensaries is not a poor decision. The ruling allows for a better way to provide medical marijuana to populations that are most in need of it. Some municipalities have higher rates of crime and could use the ban to lower criminal activity in their neighborhood. Others have residents in need of more medical attention. The Supreme Court’s ruling is an effective way to encompass the best interests of the people that are better represented by a condensed and organized plan.

There will be a slight uproar from those who protest the ban, but medical marijuana is not illegal everywhere and there are opportunities for change. As simple as it may sound, the truth is that the cities who want their marijuana can have their marijuana.