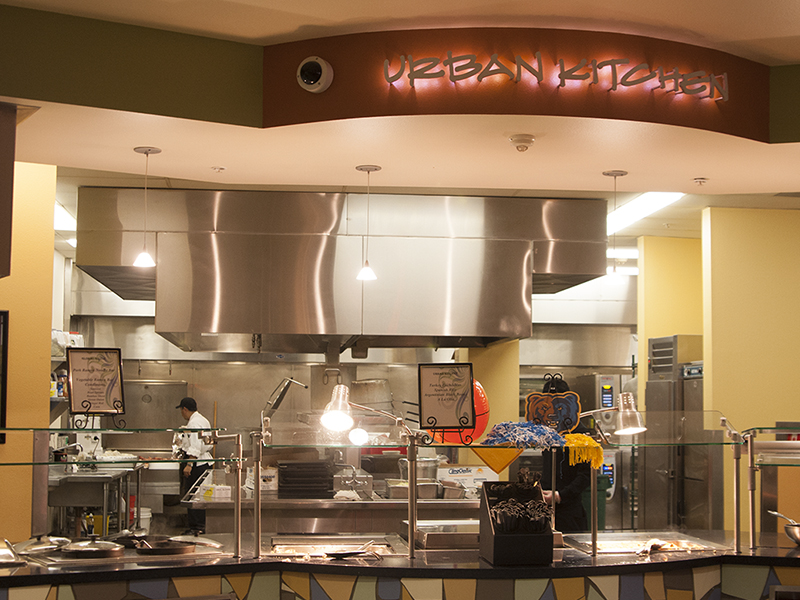 At the beginning of each year, we must determine the way we will live as UCR students. To live on campus or to commute is one of the most financially impactful decisions we face, due to the high price of housing. Dining plans, overseen by Housing Services, are currently required for residents, without giving students the option to change plans once accepted. But the mandatory and strict nature of dining plans may discourage students from choosing to live on campus, even though research shows that students can benefit from doing so. In order to better UCR and its students’ experiences, Housing and Dining Services should make meal plans cheaper and more convenient.

UCR currently requires each resident living in Lothian, Pentland, Aberdeen-Inverness (A&I) and Glen Mor to have a meal plan. Meal plans are broken down into five options, each with a different amount of dining dollars. Prices listed on the UCR website do not differentiate between housing and dining expenses, but one can see that living in a residence hall with a meal plan costs anywhere from $13,480 to $16,180 for one year.

UCR’s Housing FAQ states, “All Residence Hall residents must have a Dining Plan as part of their living package.” However, no explanation is given for this rule. Perhaps the price is justified by UCR Policies and Procedures, which says, “Auxiliary or self supporting enterprises should attempt to charge their customers the full cost of providing the good and/or service.” If this is the case, Dining Services simply requires meal plans for students living on campus so it can make the “full cost of providing the good.”

Another possible reason for forced dining plans is the notion of convenience for first-year students. According to the UCR Housing Services website, benefits of living on campus include no cooking, cleaning or shopping. But whether mandatory and unflexible meal plans intend to benefit Dining Services or students, they still burden students.

Many students may agree that having food readily available between 7 a.m. and 9 p.m. almost every day is a good deal. However, the cost of these plans can also create hardships for students. Second-year business major Janice Aceituno states, “After financial aid covered all expenses, I got a refund check that was not enough to buy even one book that I needed for class. To pay for the books, I had to take out another loan.”

When students cannot afford to purchase academic items because of inflated living expenses, the “first-year experience” becomes problematic. If students in this situation were able to live on campus without a dining plan, they could use that money to purchase food more effectively, allowing them to use the remainder of their finances for other essential products.

She soon realized that it was not the best choice for her. “I wasn’t able to go to the [dining hall] all [180] times,” Martinez related. She regretted choosing that plan, which was covered by student loans. When Martinez attempted to change her meal plan at the beginning of the second quarter, she was told she could purchase a more expensive plan, but not a cheaper one. In order to avoid expensive meal plans altogether, Martinez has since moved into an apartment off campus.

Residents with the Highlander-Unlimited plan also yearn to change their plan after discovering its ironically limited setup. These students may swipe at A&I or Lothian Dining Hall as many times as they wish throughout the year, but are restricted from swiping at the Culinary Chameleon and Lo’Go! Cafe.

Prior to this year, students had unlimited swipes at these campus restaurants. According to second-year Dining Services employee Christine Muñoz, this privilege was rescinded due to students “abusing the power” by providing meals for multiple people. Though that may be true, students paying the most for their dining plans deserve to have the most options. Dining Services could prevent exploitation of these high-cost services by allowing one swipe per meal time—the current setup for the Highlander-120 and Highlander-180 plans.

Dining Services should consider the current inconveniences of its meal plans if it wants to increase on-campus residency and thereby improve academic performance. According to the University of Wisconsin Eau Claire, on-campus residents perform better academically than off-campus residents. Strategic Academic Research and Analysis reports that 69% of UCR undergraduates lived off-campus in 2012.

UCR is dissatisfied with this statistic, evident in last year’s “You’re not really going to UCR unless you’re staying at UCR” marketing strategy. But the unappealing system implemented by Dining Services discourages students from wanting to live on campus past their first year. Students already pay dining fees at the beginning of each quarter. Allowing a student to change their meal plan at this time should not dramatically affect the processing of these payments. Making dining plans optional and flexible would increase students’ willingness to stay on campus, benefiting students and UCR Housing and Dining Services.