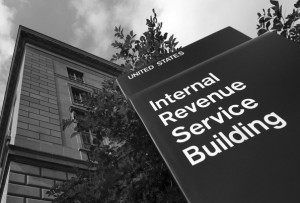 The Internal Revenue Service (IRS) has undergone a great deal of scrutiny from Congress lately as a result of specifically targeting tax-exemption applications for conservative organizations. The recent accusations have led to an uproar in Washington where politicians across the board have demanded answers. An explanation is necessary in order to douse the flames, but is all the criticism deserved?

Flagging applications from conservative groups is a mistake that should not come without repercussions for the IRS. The agency is supposed to remain nonpartisan, so reformation within the bureau should be strongly considered. However, the choice of the GOP to use the recent scandal as an excuse to scold the Democratic Party is unfair and is no way to solve the issue at hand.

On May 13, President Barack Obama said, “If you’ve got the IRS operating in anything less than a neutral and nonpartisan way then that is outrageous, it is contrary to our traditions, and people have to be held accountable and it’s got to be fixed.” Obama is correct in saying that the situation needs to be fixed, but it is difficult to say exactly who is to blame. Accountability certainly does not lie with the president or members of the Democratic Party.

This is because a few rogue IRS employees were purposefully targeting political officials, and there is no reason to think that they will not be reprimanded in light of the new circumstances. Director of the tax-exempt organizations division of the IRS Lois Lerner has already been placed on administrative leave even after pleading the fifth at the House Oversight Hearing on May 22.

Although pointing fingers is an easy way to deflect culpability, real progress needs to be made and reevaluating the current tax laws is the best way to do so. Majority Leader Harry Reid (D-Nev.), member of the Senate Finance Committee Orrin Hatch (R-Utah) and Senate Republican Leader Mitch McConnell (R-Ken.) have all demanded accountability, but that will not fully fix the dilemma.

Besides, IRS inspector general J. Russell George sent a letter to Chairman of the House Committee on Oversight and Government Reform Darrell Issa (R-Calif.) on July 11, 2012, informing him of the investigation. Members of Congress have no right to complain about unfair audits when they were made aware of them a little less than a year ago.

The argument that has arisen from the conflict is getting the government nowhere. If the scandal continues to be drawn out, many other important issues, such as education and foreign affairs, will be ignored.

In order to move past the fiasco, the rules and regulations that outline what actually qualifies for tax-exemption need to be clearly defined. The inspector general and Max Baucus (D-Mont.) have proclaimed that making the tax code on 501(c)(4)s less vague will allow social welfare organizations to know exactly how much they can be involved in politics.

In accordance with current tax laws, nonprofits are supposed to have social welfare as their primary purpose, not politics. Even though politicking is not the main focus of nonprofit organizations, this does not stop politicians from using these groups as an outlet to fund their campaigns since the word “primary” enables politicians to use their organizations for a large amount of political spending.

The Treasury Department needs to create unambiguous rules that will dictate how much politicking can be carried out through nonprofits. Once this is done, groups will know how much electioneering money can be funnelled to politicians while still qualifying for tax exemption.

Another crack within the system that must be patched is the fact that social welfare nonprofits do not have to apply to the IRS to become recognized as a tax-exempt organization. The problem here is that nonprofits can blatantly raise and spend money without applying to the IRS. Since the central job of the IRS is to collect revenue, the bureau is more concerned with flushing out illegitimate charities. This takes most of the focus off nonprofits, and discrepancies are usually not known about until their first annual tax return is filed. Kim Baker and Justin Elliot report that “in many cases, the first time the IRS hears about these groups is a full year after an election.”

In light of this, social welfare organizations should be required to apply for recognition as soon as they are up and running. Otherwise, political figureheads will wait as long as possible to hide the fact that they have been using a nonprofit as a source for election funding to gain acknowledgement as a legitimate nonprofit.

Social welfare groups are beneficial for politicians because they can be used to anonymously pay for political ads without revealing donors. With the way the tax codes currently are, this allows for political parties to get away with too much while still technically abiding by the law. Only once these organizations are required to apply for nonprofit status and only a strict percentage of their contributions can be allocated for political reasons can this controversy be put to rest.

Acting IRS Commissioner Steve Miller has stated that altering the current regulations would be difficult because they would “have a hard time parsing what’s politics and what’s not.” I disagree with Mr. Miller since, for example, campaign ads clearly advocate for a certain official’s stance on an issue. If necessary, Congress will have to vote on legislation that will outline how much political bashing or opinionated content can be allowed within social welfare advertisements.

Congress must set the matter of blame aside and get its head in the game. The amount of condemnation that has spawned from this controversy is unnecessary and a waste of time. President Obama needs to step in, take action and demand that the Treasury Department works on refurbishing the tax code. Meanwhile, the members of Congress should concentrate on more important issues.