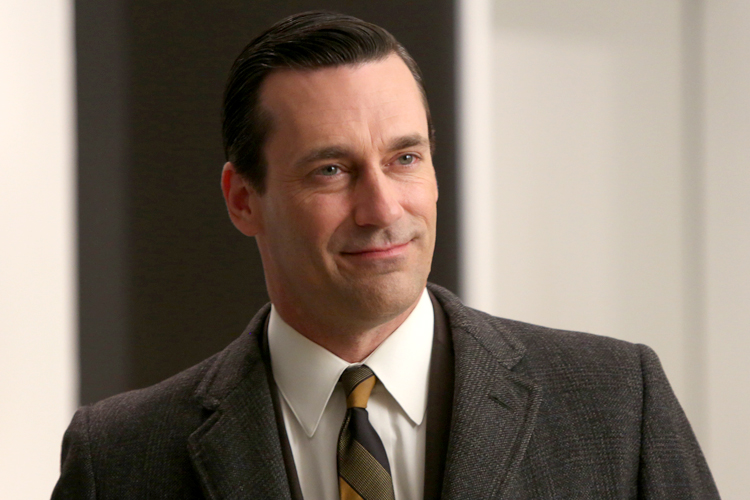 I must give director Matthew Weiner a lot of credit for sculpting two of the best shows television lovers have ever seen. Of course I’m referring to the unforgettable series “The Sopranos,” which Weiner wrote, and “Mad Men,” which he created. I could not help but notice the similar portrayals in James Gandolfini’s (R.I.P.) Tony Soprano and Jon Hamm’s Don Draper. Both actors are not afraid to let their characters’ images be tarnished –– a decision that makes their roles much more interesting.

The finale of “Mad Men” involved a plethora of losses this week as viewers witnessed many of the partners walking on thin ice before suffering unfortunate consequences. This includes Pete Campbell, Ted Chaough and our protagonist, Don.

Pete Campbell has feared losing his position at SC & P for the majority of this season. He has lost clients, angered Don and let his personal life (his separation from Trudy) collide with his work. As the season edged to a close, Bob Benson became a nuisance to Pete. Audiences know Benson’s secret, and so does Pete, but the rest of the partners are left in the dark –– much like they have been with Don’s life.

Naturally, I bring this up because Pete let his moral compass cloud his judgment in the beginning seasons of the show, and this only led to jeopardizing his job. Since Pete has been so careful during the last couple episodes about what moves he would make with Benson, I believed that Pete would choose to ignore the mysterious addition to the company.

Ultimately Pete is just not able to hold himself together, but I cannot blame him due to the fact that he discovers a horrible incident involving his mother and Manolo, his caretaker. For those of you who do not know, Manolo is the nurse that Benson referred to Pete earlier this season. Pete discovers that Manolo ran away with his fragile old mother, took her on a cruise, married her and later shoved her off of the boat. Pete’s mother is now lost at sea and presumed dead –– interesting turn, Weiner.

There sure are some twists, and they all result in some sort of downside. For Pete, this is putting his relationship with the Chevy execs at risk. After Pete tells Benson that he will “never, ever let this go,” Benson decides to sabotage Pete’s career by subtly forcing him to test drive a Camaro in the Chevrolet lobby. Remember, Pete just received his license last season. So, let’s just say that the drive didn’t go well.

As for Ted, fans have been eagerly waiting for him to give in to the romantic tension between him and Peggy. Ted finally does submit to his urges, and the relationship becomes steamy. However, Ted is completely distraught, which is no surprise since he is portrayed as a good guy around the office. I loved Kevin Rahm’s acting in this last episode because he does have a certain captivating look that accompanies his troubled demeanor. However, I was sad to see Ted and Peggy split in the final minutes. Instead of pursuing a relationship with the gifted ad woman (who looks fabulous in the fishnet stockings and short black dress that she showcases this episode), Ted decides to take off to California –– an idea originally brought up by the pot-smoking art director, Stan Rizzo –– in order to focus on his relationship with his family.

Ted and Rizzo are not the only two who want to take off to California to escape the chaos of the New York advertising game. Pete gets the chance to tag along as well, and takes it. There really is nothing left for Pete –– his job is now at risk, Trudy officially leaves him (I hope this is not the last we see of you, Alison Brie!), and his family members have been consistently kicking the bucket. So why not move to California?

This is a question that even Don ruminates over. Don actually is the first to jump on the California train –– not literally –– after spending a night in the drunk tank. This is an eye-opening experience for Don, who later runs home to Megan to profess his need to stop drinking, and his desire to move to the Golden State. We all know California is pretty awesome, but this is hardly the focus of the episode. In fact, I would like to stop and give a huge applause to Jon Hamm.

Now that that’s over with, let’s continue with the appreciation for Weiner’s carefully crafted character, Don. I have to say that Hamm is phenomenal, and Don is clearly disturbed. Avid fans have known this since the big reveal in season one, which gave audiences a glimpse into Don’s (a.k.a. Dick Whitman’s) troubled past, in which he stole a dead man’s identity in order to distance himself from his crummy life. This season, audiences looked into Dick Whitman’s childhood. As a child, Dick was unfortunate enough to be raised by someone other than his birth mother, and grew up in a brothel. We were given this information early on, but none of the partners –– or anyone, for that matter –– has ever known Don’s true past.

The reason that the finale is sculpted so well is because Weiner finds the perfect moment to have Don completely break down. At the beginning of a meeting with the Hershey executives, Don kills it. This is what we expect, but what we do not expect is the moment where Don sees Ted’s deeply disturbed face (after realizing that he actually cheated on his wife, I assume). Don lets go of his false persona, and once again becomes the severely distressed Dick that we have seen in various flashbacks. Hamm has never been so good. The partners have never been so put-off, and now that they have officially been able to peek behind Don’s mask, they are not happy about what they see.

Don confesses what Hershey actually means to him. As a child, he would steal change from the caretaker of the brothel and give it to the “working women” of the household. Every time he gave them a dollar, they would give him a Hershey bar. Don says that this is what made him feel “like a normal kid.”

Quite frankly, Don has been a jerk this season. He has manipulated every moment he could and has basically been the devil on everyone’s shoulder. But when we experienced this glimpse into Don’s past, I could not help but feel a great amount of sympathy for the man. Alas, he is then told by the partners to take a leave of absence. This may mean more than just temporary leave, especially since we see Peggy make herself comfortable in Don’s chair at the end of the episode as possible foreshadowing. On another note, Megan is not happy to discover that Don is not leaving for California to start over –– he gave his spot to Ted.

Don has now lost his job, his wife and Sally. And as Don leaves his final meeting with the partners in the episode’s last few minutes, he runs into Lou Avery, who strolls into the building with headhunter Duck Phillips. We may just have a replacement, and I do believe that Lou Avery’s quick “Going down?” comment as Don steps into the elevator is alluding to something, seeing that Don’s life has been slowly been heading in a downward spiral.

Before I come to a close with this review, I would like to give one more shoutout to the “Mad Men” cast and crew. The show has done a fantastic job inserting very realistic historical tragedies into a well-crafted fictional program. The connections and metaphorical references were impressive and allowed the season to balance itself well.

It is rumored that next season is the last, and I cannot wait to see where Don will be at the end of the sixties. The question is, “Has Don Draper really hit rock bottom?” Let’s hope not. I mean, he does finally let his children experience the real him. The episode closes with Don standing with his children in front of his childhood home. I can only hope that this is a sign of better things to come.