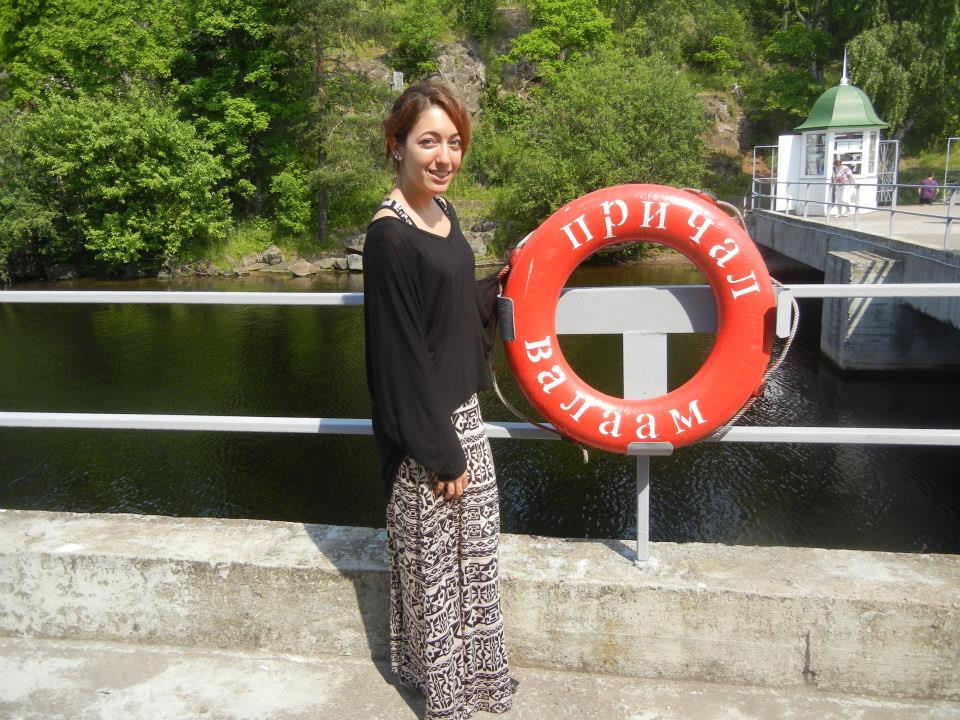 Upon receiving my acceptance letter to St. Petersburg State University for summer 2013, I was overwhelmed with a continuum of anxieties. I was going to be leaving the United States for the first time in my entire life, to go to a country that spoke a language entirely different than my own. I was going to be enrolled in a new university, learning new subject matter, and I would be living with a family of strangers whom I had never met. After the 23-hour trip from San Diego International Airport to Pulkovo International in St. Petersburg, and having my luggage get lost along the way, my anxieties had only deepened.

Fortunately for me, I had a revelation quite early. The moment I stepped out of the airport and into the warm St. Petersburg air, there was an abrupt shift in my emotions. Although I hadn’t slept in what felt like days, I knew that this was what I had been working so hard at. I had finally arrived. All of the anxiety was transformed into excitement. I was about to embark on the next chapter of my life. After taking Russian classes for five quarters, going through the application process, passing the health clearance, this was it. Russia was such a beautiful country. I wish I could have taken a little piece of it with me so that I could share it with all of you.

When I think back to my trip to Russia, none of those anxieties are even present. All that I remember are the amazing people I met, the breathtaking sights that I saw and the insightful classes I was enrolled in.

What I really enjoyed about my program in Russia was that I was able to interact with both natives as well as other Americans. I felt that this offered many different perspectives about the world, and allowed for a lot of discussion and viewpoints to be shared. Take my family for instance. I was placed in a home with a mom, dad, brother and pet cat — all of whom spoke Russian fluently (yes, I had to talk to the cat in Russian). Daily interactions were always fun, as my roommate, a Slavic UC Berkeley student, and I tried to grasp a better understanding of the Russian language, while they tried to practice their English. This was similar when it came to my studies. Although all of the other students in my classes were American, and spoke English, the professors were Russian, and some only knew limited English. I found that interactions in the classroom forced us to learn from each other. I also found that the natives’ viewpoints on politics were very different than those that my American classmates and I possessed, so debates and conversations were one of the highlights of my day.

I was enrolled in the political science department at the university, and had the opportunity to study post-Soviet Union politics and international business ethics with four amazing professors, who really challenged my thoughts and made me into a better student. Although I only took two classes, and was only at the university for six short weeks, I felt that after my time there, I was definitely a better student. Studying abroad allowed me to challenge the way that I think and create conversations with others in regards to their standpoints.

Many students who travel abroad have tales of country-hopping and exploring neighboring places. However, in my case, since I was only in Russia for the summer, I decided to stay within the borders and explore what else the country had to offer (that and I was only granted a one-time entry visa by the Russian government). During one of my weekend excursions, I took a nine-hour train ride to Moscow to see the Kremlin and to try to get a glimpse of Edward Snowden. The Kremlin and St. Basil’s Cathedral were stunning. Seeing the red square at night was definitely one of the most beautiful sights I had ever seen, and although I didn’t catch Snowden, I was able to see Lenin’s tomb. I was also able to visit the Valaam Monastery, where I was able to explore the Russian Orthodox faith in depth — something that many of the Russian people I encountered held very dear to their hearts. There were opportunities to grow around every corner, and I must say, I took full advantage of that.

Studying abroad was definitely the most amazing experience I have ever had. Not only was I able to surround myself in an entirely different culture, complete with new food, language and customs, I was also able to learn so much from so many different people. If you are considering studying abroad, seriously, don’t think twice, just jump in and do it!