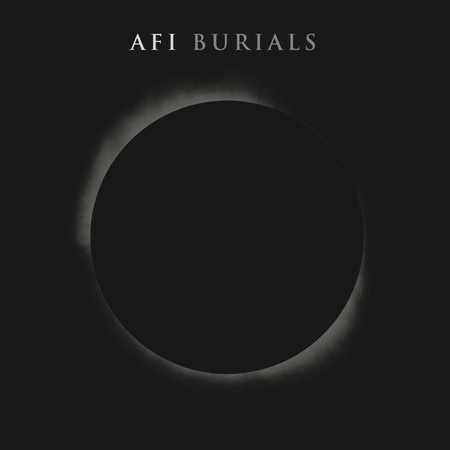 AFI is no stranger to the post-hardcore punk scene. With more than 10 years as a band, eight studio albums and countless EPs under their belt, the group returns with their latest record, “Burials.” Reflective of lead singer Davey Havok’s personal tribulations, the album displays the collective sounds and lyrics that fans of the band have grown to love.

The album’s opener, “The Sinking Night,” sets the tone for most of the record. The wicked guitar and Havok’s overpowering vocals in this dark and eerie introduction set up the listener for what’s in store. The intro leads into “I Hope You Suffer,” an angsty song backed by fast-paced drums and a captivating power guitar. Havok’s lyrics dwell on the anger and regret within his past; he powerfully croons, “I opened my heart to you / You lied just to reach inside.” These angry themes of regret occur throughout the album, especially in “Rewind.” Here, AFI is perfectly in sync, as Havok’s vocals are complemented by smashing hi-hats and aggressive guitar riffs.

On “Heart Stops,” the band changes up the pace for a much slower song. Filled with pounding kick drums and smooth guitar melodies, Havok continues to reflect on previous relationships and heartbreak as he sings, “Heart stops beating / Beat like a brutal day.” Although the instrumentation is much lighter, Havok’s lyrics remain dark. This clashing of sounds and contradicting verses is a little awkward at first, but Havok’s vocal presence somehow makes it work.

The track that stands out the most, though, is “Wild.” It is exactly as the title suggests: a fast-paced and chaotic song filled with loud drums, power guitar and distorted vocals. As soon as it starts, the drum rhythm pulls you in, making it a song worthy of head-banging.

“Burials” isn’t a departure from previous works, nor is it a change in sound for the veteran hardcore punk band. Rather, it is an album that strengthens AFI’s footing in the genre. While filled with many compelling moments, what it lacks is any progression from repeated themes and old sounds. However, the album shows that AFI is still capable of doing what it does best: making music that its fans can connect with, while still bringing that raw talent and emotion that fans have grown to love. Although “Burials” may not attract new listeners, it is an album that fans of the band will thoroughly enjoy.