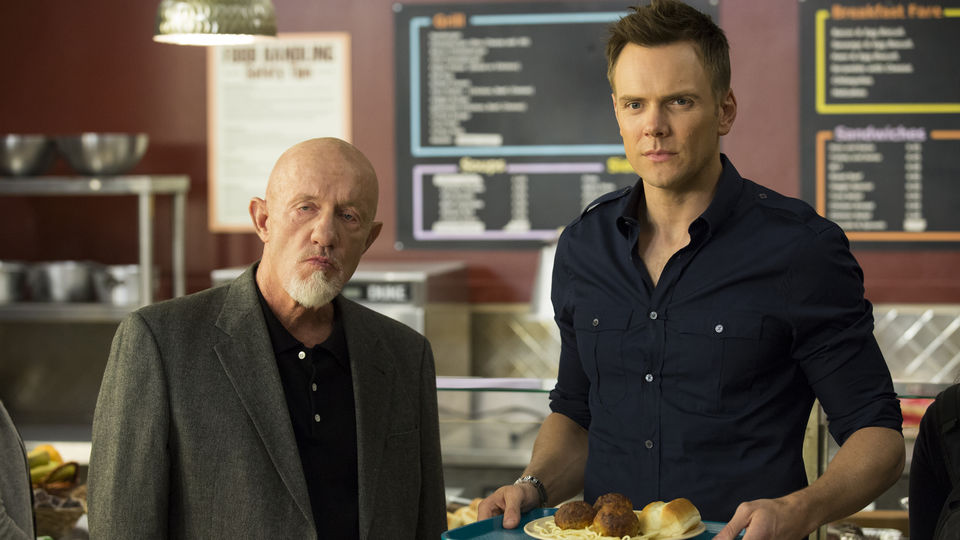 If you watch “Community,” you probably know about the largely negative reaction to season four, written without the show’s creator, Dan Harmon. After the negative reaction, Harmon is back for season five with a premiere of two strong episodes, which bodes well for the show. Given the 13-episode lineup, it seems strange to air two of them on the same day, especially when they have very little in common — but I suspect the move was an attempt to give viewers an idea of where the show will be going now that Jeff Winger (Joel McHale) is a teacher at Greendale.

The first episode of the two-part premiere, “Repilot,” is the better of the two episodes, even though it doesn’t have a lot of laugh-out-loud moments. The plot is simple because this is a “repilot,” made explicit via the meta-commentary that “Community” does best. As Abed (Danny Pudi) tells it, it could be a “revamp, a do-over” with Jeff as a teacher. Of course, what makes this moment work is that it foreshadows exactly what happens by the end of the episode.

Last time we saw Jeff and the rest of the study group, Jeff graduated early, leaving the rest of the group behind at Greendale but promising to stay in touch. “Repilot” uses that story kernel but flips it into something new. Based on the negative commentary the episode makes regarding season four, including questioning Annie’s decision to go into hospital administration and Britta’s role as the “airhead” of the group, I suspect the show would like to borrow from — but largely ignore — all of last season. This is more than okay with me.

When the episode opens, Jeff’s law office has gone under. He agrees to help his lawyer friend, Alan Connor, with a lawsuit against Greendale. The fact that Alan has to convince Jeff that he should do this illustrates how far Jeff’s character has come from season one. He once hated the school and everyone in it; now, he hangs his Greendale diploma on the wall of his office for everyone to see.

Jeff goes back to Greendale to get damning information for his case. While there, he reunites with the study group, who have all graduated since the end of the last season. Due to Chevy Chase’s exit from the show in season four, Pierce is absent. There is one oblique reference to the absence when Troy asks, “Do you guys feel weird about doing this without … Magnitude?” It’s a nice and funny comment on the fact that someone is missing without hammering that fact home.

Jeff tries to convince the study group that attending Greendale ruined their lives — and it works. After revealing all the negative things that have happened since graduation (everyone hates their jobs; Shirley’s husband left when she spent too much time on her sandwich business), the study group decides to sue Greendale themselves.

On a lot of shows, the switch from caring about the school to hating it (and ultimately back to caring again) wouldn’t work. We’ve seen this transition before in season two’s “Mixology Certification,” which was a dark episode because it dismantled the group dynamic and showed us who the characters would be if they didn’t have each other. I imagine that the characters were back to that dark and lonely place before returning to Greendale, so it’s not surprising that their lives are falling apart without each other. So, if the only way to remain together as a group is to sue the school that brought them together in the first place, I can see why they decide to bring the lawsuit.

But in the end Jeff calls off the lawsuit after he sees a hologram of Pierce (which yes, randomly exists in the courtyard) that says not to give up on Greendale. I never thought I would miss Pierce, but it’s great to see him show up in this moment, especially since we get to see once again that Pierce cares about the school. The fact that he cares is the thing that’s most redeeming about his character and a good note to end on, if this is the last we see of Pierce.

Jeff’s change of heart for Greendale spurs a change of heart in the rest of the study group, and they all decide to re-enroll at Greendale while Jeff takes on a teaching job. In distancing itself from season four in chronology and tone, “Repilot” had to bring the group back together at Greendale in a convincing way, or it wouldn’t be the same “Community.” Jeff as a teacher is already a weird twist, so it’s nice that the rest of the study group will remain students — but as students who’ve had experience in the real world and burned out, just like Jeff did after leaving Greendale.

“Introduction to Teaching,” the second episode of the night, takes the groundwork of the first episode (namely, everyone re-enrolling at Greendale and Jeff becoming a teacher) and shows us what a typical episode might look like with these new elements.

Jeff starts teaching “Fundamentals of Law,” but as he points out, he doesn’t have a degree in law and doesn’t know how to teach it. He learns that this is perfectly acceptable at Greendale when he bonds with Annie’s criminology professor, Professor Buzz Hickey (Jonathan Banks from “Breaking Bad”), with whom Jeff shares an office.

Of course, the fact that it’s not necessary at Greendale to know anything about a subject to teach it shouldn’t surprise any of the regular viewers who might remember earlier seasons when it was revealed that Spanish teacher Chang didn’t speak Spanish or when psychology professor Ian Duncan wound up teaching anthropology.

But what we don’t know is Hickey’s reveal of the secret teaching world of Greendale where the teachers party in the faculty lounge all night, force the students into fruitless group discussions and assign minuses to students they don’t like. The fact that the Greendale faculty often slacks off isn’t exactly new information, but it’s fun to see a side of Greendale we haven’t see before, particularly since Jeff likes this new side because Dean Pelton isn’t allowed to bother him there.

However, the fact that teachers assign minuses to students they don’t like is the most essential part of this plotline. When Annie enrolls in Jeff’s class to call him on his poor teaching, Hickey gives her an A- on an assignment because he knows it will drive perfectionist Annie crazy — and it does. This provides a good laugh since Annie’s project on witness intimidation, complete with a dead rat, looks to Jeff like a crazy death threat from Hickey.

Jeff tries to make it up to Annie by telling her minuses are meaningless, and this leads to a small riot which dissipates quickly in that Greendale (and sitcom) way of having weird things happen that aren’t usually addressed. But at least it’s funny when Britta runs out of data minutes on her phone and can’t broadcast the video of the riot until next month.

Everyone else in the study group spends the episode taking a class called “Nicholas Cage: Good or Bad?” The show often splits the group up into multiple plotlines, but I hope this isn’t a recurring theme in season five. It could be hard to get Jeff to interact with the group as often because he’s a teacher now, and this episode shows it when Jeff wants to take the Cage class but doesn’t have time. The show works best when everyone in the study group is interacting, and I hope Jeff’s teaching position doesn’t mess that dynamic up.

The Nicolas Cage plotline does feature the welcome return of Professor Sean Garrity (previously seen in season two’s “Conspiracy Theories and Interior Design” and “Competitive Wine Tasting”). He asserts there is no answer to the Nicolas Cage question, but Abed needs to figure out where Cage falls on the good and bad spectrum. After watching too many Cage movies, Abed has a nervous breakdown, resulting in a fabulous scene in which he emulates several Cage performances. It’s probably the funniest scene of both episodes, and if you came looking for a big laugh, here’s your chance.

The episode as a whole has a lot of good laughs, but it ultimately feels like filler. The strongest episodes of “Community” are the ones that bridge humor and emotion. We want to laugh with and at the characters while still empathizing with their problems.

While “Repilot” may have been short on laughter, it provided emotion and reminded me why I started watching this show and why I forced myself through season four. I simply like spending time with these characters every week and the weird Greendale world they inhabit. If season five can deliver that, and not rely on the gimmicks that season four often employed, I’ll be a happy camper.