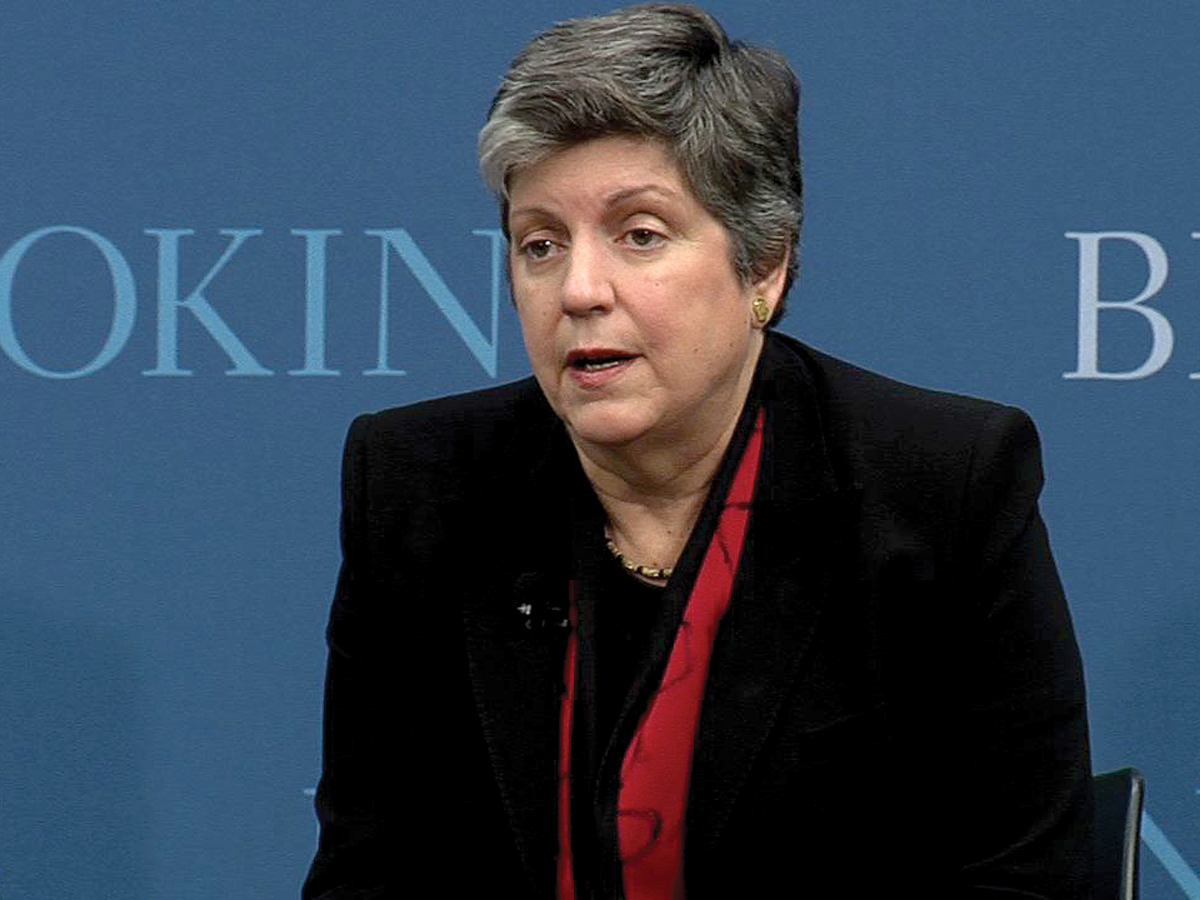 If you are a politician, one of the first lessons you learn is to stay on-message. This means sticking to the “serious” issues, evading questions with the agility of a Cirque du Soleil performer and keeping your innermost thoughts to yourself until you are safely behind several sets of closed doors, preferably locked and swept for bugs (armed bodyguards are optional). Under no circumstances are you to commit what is known as a “gaffe,” otherwise known as a politician saying exactly what he or she actually thinks. UC President Janet Napolitano apparently forgot this cardinal rule during the most recent UC Board of Regents meeting when a microphone recorded her verbalizing her thoughts. What gall!

For those who missed out on the spectacle, here’s what happened. At the tail end of one of the committee presentations, a group of students began tearing off their clothing, tossing fake dollar bills into the air and chanting. The camera turned to a visibly irritated Napolitano, who, unaware that the microphones were still live, remarked to UC Regents Chair Bruce Varner, “Let’s go. We don’t have to listen to this crap.”

There it was — the dreaded gaffe. The outrage was predictably swift. “The students who sacrifice their time and money to come and speak to the Regents in San Francisco, away from their jobs, commitments, and classes, deserve better,” wrote UC Student Association Executive Director Marcy Straw. Spencer Pritchard, one of the student protesters, said, “It’s indicative of how she feels when students raise their voice.”

Well, yeah. Not to put a damper on the Napolitano-bashing brigade, but we already knew exactly how she felt about student participation long before the crap hit the fan by way of hot mic. Back in early 2014, Napolitano’s task force on addressing climate change was heavily criticized by student participants for not listening to their concerns. When she visited UCR shortly after taking the helm as UC President, students remarked on the lack of questions they were able to ask of her. Most recently, her plan to increase tuition was met with widespread student hostility, with many student leaders complaining that they had received advance notice less than 24 hours before she went public with the plan. At this point, one would have to be willfully oblivious to not come to the conclusion that student concerns are the least of Napolitano’s priorities.

Meanwhile, the issue the students were protesting got lost in the shuffle. Have you heard of the Richmond Field Station? No? That’s the point. The University of California hopes to inaugurate the Berkeley Global Campus, a fascinating idea that would invite universities from around the world to set up shop and give an international perspective on education, as well as provide an opportunity for academic freedom to countries where it is tightly regulated. However, the campus is planned to be situated in Richmond, a city where the top three Google results are “crime,” “shooting” and “police.” There are concerns over whether the UC’s proposal will actually lead to job development and economic growth within the city for city residents, which is what the students were there to protest. But the outcry over Napolitano’s comments drowned out those concerns.

After everybody weighed in on the comments, with students demanding an apology and many media outlets speculating about the harm it would do to her tenure, the final result of all the outrage was nothing more than a half-hearted apology from Napolitano that manages to be immensely condescending. “I ask for your empathy and understanding in my comments, but also to say that we have public comment to listen to comments about serious things expressed seriously,” Napolitano, Very Serious Person, responded.

Napolitano is fully aware of her perception by students, many of whom think of her as a ruthless backroom dealer who doesn’t care about the issues students face. This comment doesn’t change that. And we should not be surprised by her answer. As UC President, her job is to manage the various competing interests of a 10-campus, multibillion-dollar education system, including lecturers, janitors, clerical staff, tenure-track professors, researchers, legislators, taxpayers and yes, students. Her abrasive comments are not justified by that reality, but they are a reflection of it.

The toll it will take on her future is negligible. The students, who unfortunately have minimal institutional power, are not her biggest worry. Instead, it is California Governor Jerry Brown, who is the most popular politician in the state and is also the person who gives the UC its allowance. His position is not swayed at all by her comments. They will continue fighting over the appropriate level of state funding for the UC for as long as we wait for Godot.

Napolitano has not forgotten her previous life as an up-and-coming Democratic star: the two-time Democratic governor of ruby-red Arizona, first female Secretary of Homeland Security and twice-considered nominee for justice of the Supreme Court of the United States. Maybe one day she will slip the surly bonds of the UC system and whoever the next president is will nominate her as United States Attorney General, or something similarly prestigious and very serious. Until that day, however, she will remain president of the UC system. She will continue to disdain student involvement. And we should continue to not be surprised by it.