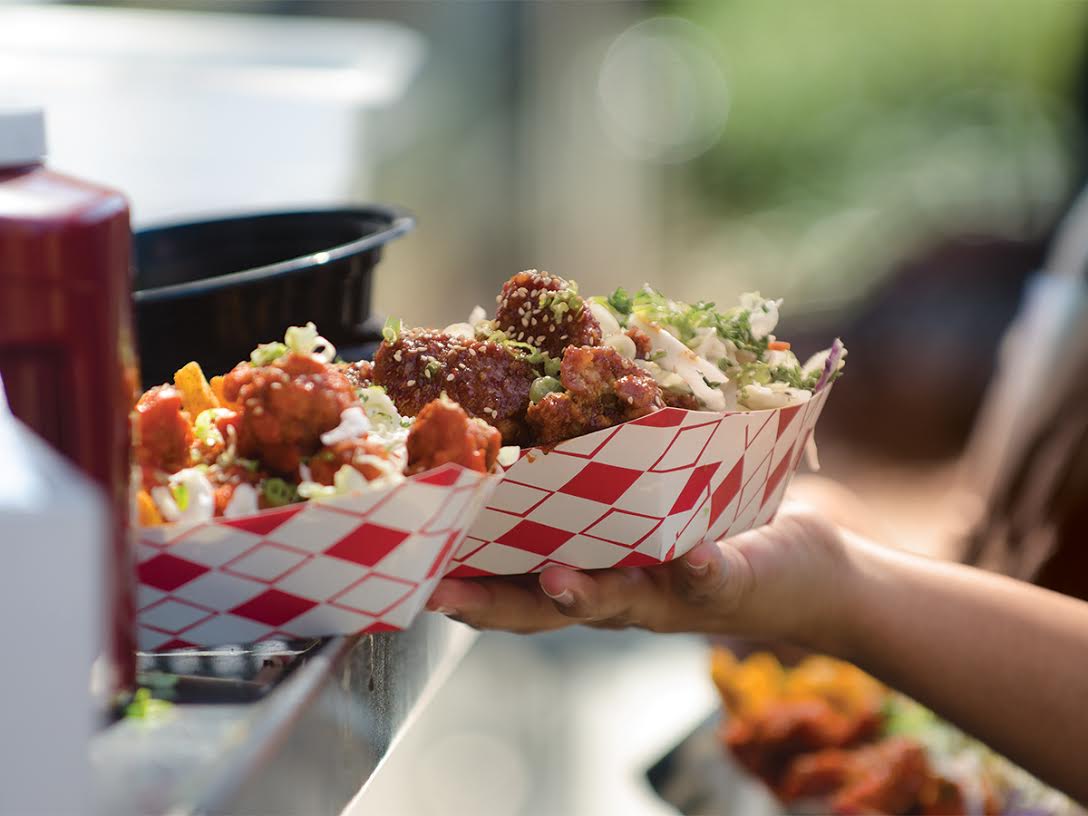 Hundreds of UCR students flocked around the Bell Tower and the Hub Plaza on Thursday, Oct. 22 to usher in the return of UCR’s bi-annual food truck festival.

The series of festivals began in 2012 when a student approached the ASUCR Senate with the idea of temporarily bringing large amounts of food trucks onto the UCR campus in order to foster campus spirit and pride, encouraging students to remain after classes and support small local businesses.

The project was then quickly taken up by then UCR Senator Chris Salvador who worked in connection with Hub Dining and Transportation and Parking Services in order to hold the very first Food Truck Festival. The festival was well received and eventually the ASUCR Office of Internal Affairs picked up the idea and committed to hold it again the next school year. Last school year, the event gained so much traction it was scheduled to be held biannually.

“I love seeing the variety of cultures and ethnicities represented at the Food Truck Festival. I think the festival owes its success to its diversity,” said junior political science major Paul Van.

Last week’s festival became UCR’s fifth food truck festival and featured 22 food trucks. UCR students once again got the opportunity to taste old favorites such as the crispy, twisted potatoes of the Tornado Potatoes Truck, the Korean Mexican fusions of the Rice Ball of Fire and the mouthwatering lobster rolls from Maine Lobster. Additionally, students were able to discover new favorites and try never-before-seen food trucks such as the Rolling BBQ Barn, JoJo’s Grill A Dog, Street Foods Corn and more.

“We have a lot of foodies on our campus and this festival really gives them the chance to add a little spice into their dining,” said junior political science and sociology major and CHASS Senator Dez’Gillai Jackson.

Originally, ASUCR in collaboration with HUB Dining and the Transportation and Parking Services were slated to bring 24 distinct food trucks onto campus, three more than last spring.Two popular food trucks, The Grilled Cheese truck and Waff-N-Roll were unable to attend the festival at the last minute due to technical issues and scheduling conflicts.

“I really wanted a waffle sandwich. I tried it for the first time last year and it was literally the best thing ever. I had to wait like an hour for the sandwich but it was so worth it,” said second-year biology major Haresh Kumar.

This year brought about many changes to the Food Truck Festival. For the first time since its inception, the festival was held on a Thursday instead of Wednesday during Nooners. This year’s fall festival also avoided placing food trucks on the pathway leading to Rivera.

These changes were brought about due to the HUB’s regulations on how close food trucks could be to club tents. Through these changes the festival became the main event of the day instead of just another supporting player in the already-bustling frenzy of weekly Nooners. This change allowed the festival to grow and continue as its own entity.

“The food truck festival is something that I think has a lot of growth potential. Maybe next time we could partner with something else and bring live music or an exhibition to the festival. There is even room to incorporate learning, we could teach students about sustainability and food security. I just want to give students something more to take away from this experience than just food. This festival keeps students on campus just a little bit longer and we could have so much more for them,” said Vice President of Campus Internal Affairs Michael Ervin.