While there is an array of restaurants to choose from in Riverside, Mexican food is always a delicious choice. But, if you want the real deal, I’m talking mouth-watering and you-can’t-stop-staring at the other table’s food, then you need to walk away from Chipotle, Taco Bell and Del Taco.

El Patron is what I would call a hidden gem in the middle of the hustle and bustle of downtown Riverside. I invited my friends, Audrey and Janine, to join me on this taste-testing adventure because who would say no to food? Once we arrived, I noticed two giant horse statues greeting us at the front door. Immediately when we walked in, there were waiters dressed as cowboys serving people at the bar and taking orders. The atmosphere of El Patron gave a very intimate, but familial feeling with the dim lights and music playing throughout the restaurant. I was quite surprised by how nicely decorated the restaurant was. It was like you left Riverside and was transported into a traditional Mexican ranch. I also wasn’t sure if what I was smelling was the leather from the furniture or the meat being cooked, but I didn’t mind considering the fact I was starving.

Thirty minutes later, a server walked us to our decorated booth. As we were walking to our seats, the attractive waiters greeted us one by one. Sitting down at our table, I noticed a lot of other families and older groups of people enjoying the cuisine and their time with each other. As I looked through the menu, I could not contain my excitement over the number of choices that were presented. It ranged from tacos to nachos to massive burritos. The pricing was fairly appropriate as well considering the amount of food that comes with every order. It took us about another 15 minutes to decide what to order because everything just sounded so appealing. “I need like an hour to decide,” remarked Audrey. Our waiter, Chris, came back to our table and I asked him what he recommended. “Oh definitely, the El Percheron or the Camperos, it’s a customer favorite. And you can’t really go wrong with any choice on the menu,” he described.

Finally I decided to order the Plato Kikiriki, which was a dish with two tacos served with rice and beans. While waiting for our food, a server brought tortilla chips to our table and they were gone in a second. As our waiter brought our food, my eyes grew big from the size of the portion. For about $10 you really get a good amount of food. I also noticed that the presentation of the food was unique. Every serving of rice, beans, tacos and corn seemed to be placed with such detail.

I dove into my food with no hesitation as I reached for the refried beans and Spanish rice first. The beans had just the right amount of texture, but the rice was a tad dry and didn’t contain as much flavor as I had expected. However, combined with the beans, guacamole and sour cream, I didn’t mind. After chowing down on the rice and beans for a little bit, I moved on to my two tacos, which were beautiful — and I don’t say that about a lot of food. The smell of the grilled chicken and cilantro wavered around a bit as I went for that bite. “Oh my god, this is amazing!” I remarked at my friends who were too busy devouring their food to notice what I was saying. The meat tasted just about right to me, though maybe a little bit too grilled, but it was basically a fiesta in my mouth.

Janine’s meal was served with amazing presentation. There was a plate for her sides, a bowl for her tortillas and a beautiful vase for her chicken fajitas to go on top of. When they serve you, they really go all out. About 10 minutes or so later, we were defeated. The food was very filling, yet we still had enough leftovers to take home.

I’ve never seen an establishment pay so much attention to detail. El Patron really makes you feel like you’ve stepped into a beautiful Mexican ranch with giant horses, music and cowboy and cowgirl waiters. With its friendly staff, filling food and inexpensive prices, El Patron will be the next place you want to visit. 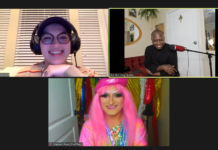