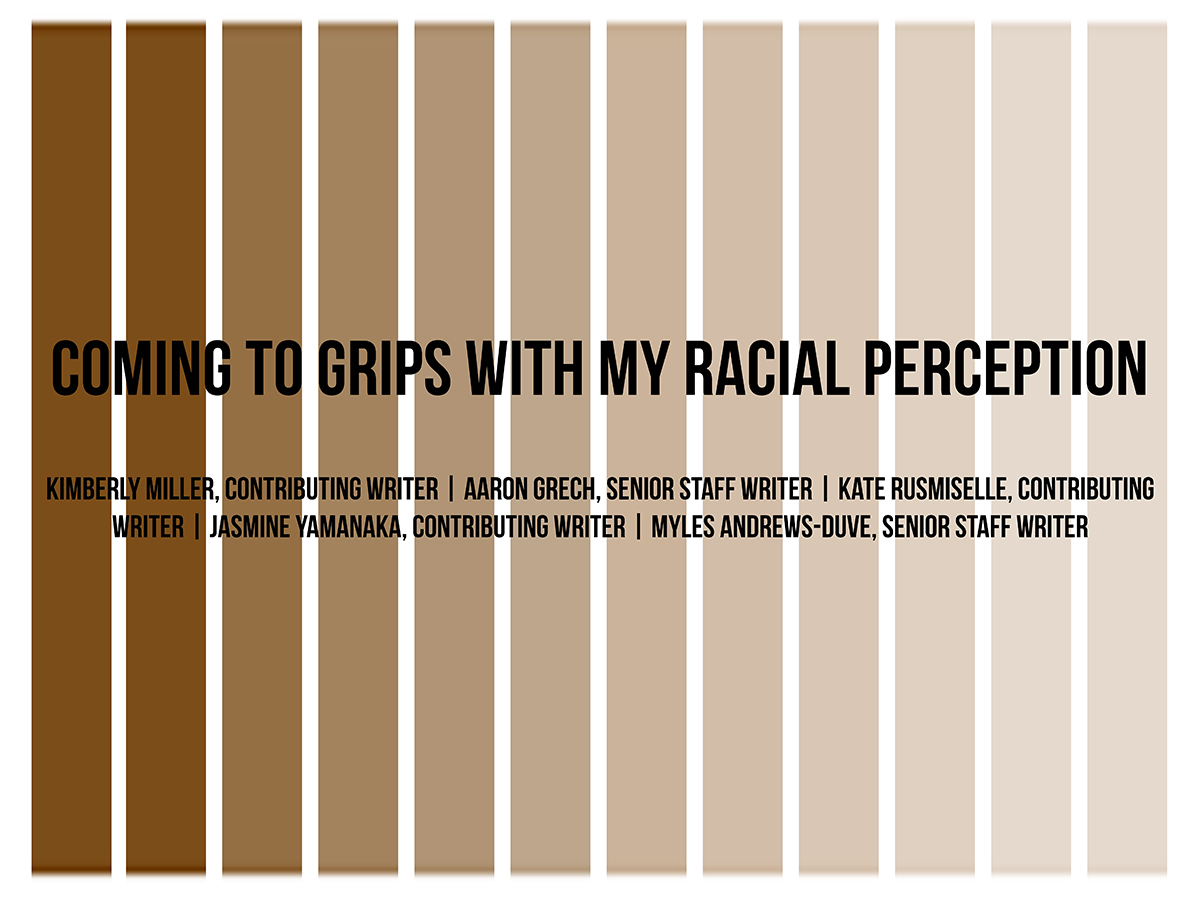 Growing up as a kid, I always seemed to draw more attention than my peers. I didn’t act terribly different than others. In elementary school, when everyone spoke in class, often I would join in. I was the sole student to draw the teacher’s scorn. In middle school, this scorn escalated. I often found myself sitting in the principal’s office for what was deemed “acting out” either inside or outside the classroom.

Again, I never seemed to be doing much different or worse than the other kids were. Except, well, I was the only Black kid in my classes. This realization hit me when I was 12-years-old and it was the first time I began to question a characteristic about myself that I didn’t choose.

Traditionally in school, I would naturally gravitate toward the other Black kids on campus. Whether this was a product of intrinsic nature or the usual segregation of cliques around the campus, I am not sure. Often, though, this group would make me feel as an outcast, unequal. Or as it was more aptly put, “less Black.”

I’m also half-German or, “White,” as it is most commonly perceived.

Whether these two dichotomic situations I often found myself in during my early years were a product of being Black or White I am not sure, but that’s the thing about race: it must always be considered. I figured this out quickly.

The Western idea that fairer skin equates to one being less “woke” is incredibly subversive. I am indeed Black and, now more so than ever, am forced to consider this identity in everyday situations. It’s in the shudder I make when seeing a Black-and-White cruiser approaching in my rearview. It is in the eyes of the woman in passing who shifts her purse to the opposite side of me and evidently, it is in the mind of the teacher who singles me out for doing what everybody in the class was doing at the time.

And yet, by my peers, I am perceived to be impervious to this.

Surely, the perception of my or anyone else’s blackness isn’t merely a matter of skin color. It’s in the way I carry myself, what I take interest in, how I dress. All of that. But therein lies the issue. The designations of “less Black” and “too Black” that permeate American society are not only antiquated, but impose their own destructive effect on black culture, forcing one to pick a side. To assimilate.

It is to assimilate which, out of my own will, I have yet to do. I grew up wanting to believe that I can be equally as “White” as I am “Black” and perhaps it is this naivete which I still cling to. Admittedly, this has transformed into an unhealthy balance of me intrinsically identifying as both whilst outwardly opting for Black, but I have accepted it.

Perhaps this is why I can spend an entire day with Mexican, Asian and Muslim-Americans and proudly say I am German without feeling compelled to verify my Blackness.

No, these aren’t racially or ethnically binded actions, but I previously felt a dissonance between them that, while still prevalent, I am now inclined to overlook. In today’s world, racial identity is a strange, highly contested issue of which society pressures us to establish one already predisposed. For better or worse, I have proudly yet to choose a side.