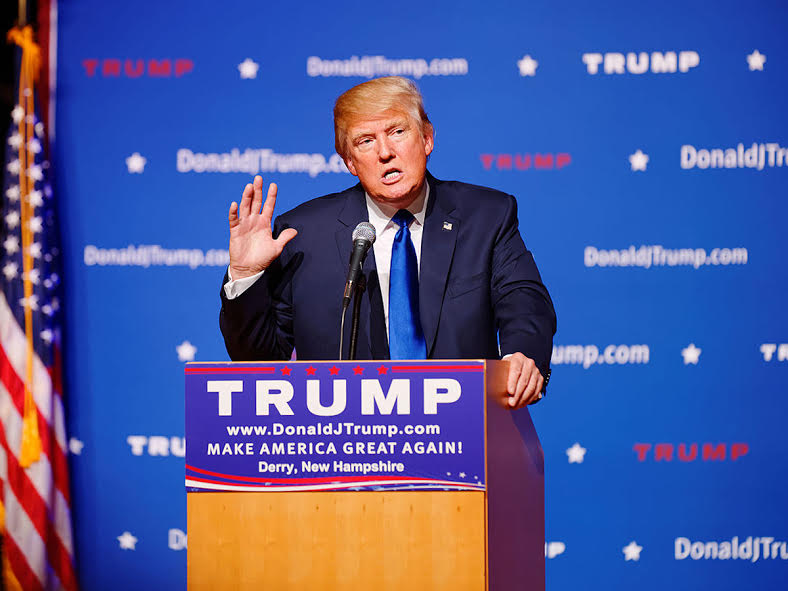 A “Students for Trump” campaign, which began as a Twitter account, has now spanned multiple universities and 24.9 thousand followers. The organization reportedly has around 5,000 students in 200 different chapters across the United States, with its numbers growing monthly.

Daily Tweets like, “A little Trump a day keeps the illegals away,” and retweets such as “Trump is not racist. Open your eyes to educate yourselves,” garner hundreds of likes and further retweets. “Students for Trump” also held a countrywide #TheChalkening event, where members would mark an area in a university with pro-Trump messages, and post it to the Twitter page. Although similar markings at Scripps College have been criticized and even labelled as racist.

However, not all Republican students endorse Trump. Madeline Prothero and Viraktept Ath, co-presidents of College Republicans here at UCR, commented on Trump’s rising popularity among Americans and his rhetoric.

“I think the general population has taken Donald Trump, his persona and political beliefs, and made him the star of this election,” Prothero explained, clarifying that “It is a shame that the media fixates on Trump, rather than allowing Republicans to discuss some of the issues that truly matter, like tuition and national security, from a policy perspective. ”

Ath attributed Trump’s success to “anger and frustration of the Republican base,” and that “Trump represents the angst and anger, common Americans have towards establishment Republicans.”

Still, Prothero admitted that Trump was contributing to the nation’s interest in the election, saying, “While I personally think his small vocabulary, lack of policy expertise and racist rhetoric is offensively repulsive, I (respect) his ability to engage a crowd that might not be represented, or might be fed up with the current office, while keeping many Americans tuned in to what he will say next.”

Trump’s campaign has seen relative success for the Republican Party in terms of a potential growing voter base. Relative to 2008, some state primaries have seen twice the number of Republican voters, and a slight decrease in the number of Democratic voters. Yet, despite the candidate’s current lead in the election, other candidates such as Ted Cruz have been gaining success in recent primaries, winning states such as Utah and Wisconsin, increasing his delegate count to 545.

Overall, this year’s presidential election, as Prothero put it, is “very interesting, but as a citizen it’s stressful ... I think either way, this election is emphasizing the average citizen’s desire for change, whether it is from a Democrat or Republican point of view.”