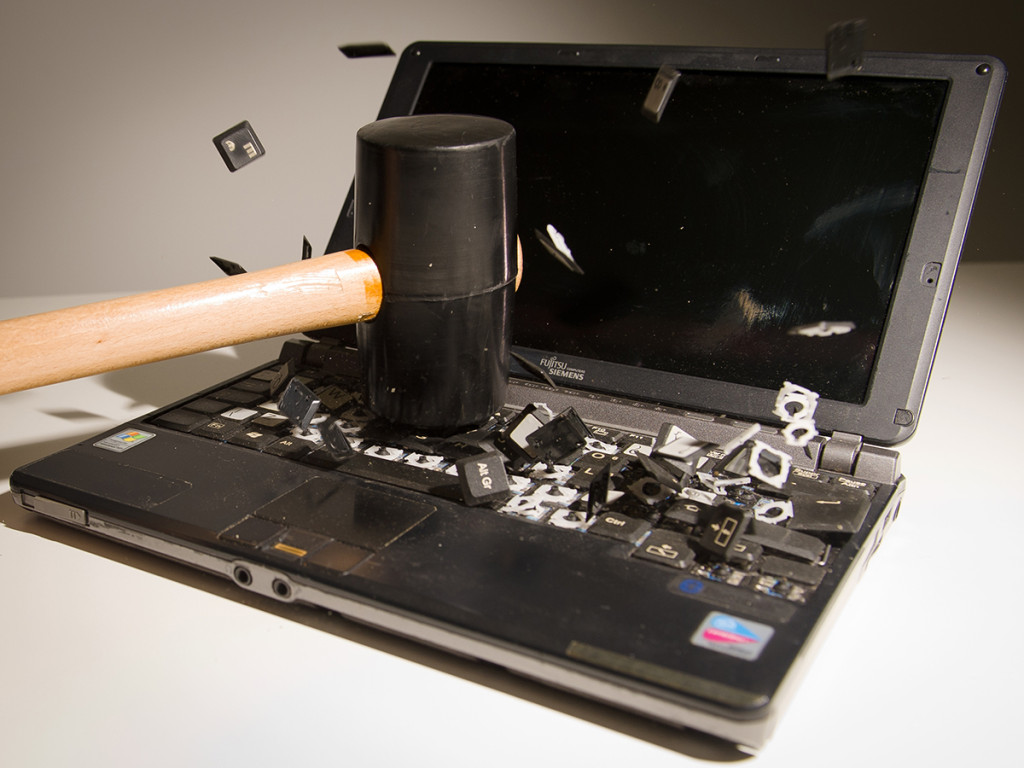 Writer: Melina Reyes, graduating fourth-year, served as an ASUCR Justice on the Judicial Council 2013-2015 and currently serves as the ASUCR Elections Director.

Laptopping is the use of internet-capable devices (phones, tablets or actual laptops) to ask students to vote, often for a specific candidate or party. In years past, despite prohibitions against laptopping, it was common enough to see parties and their campaign volunteers hitting the sidewalks and cornering students with their devices in hand. Many students, unaware of the politics of ASUCR elections, would oblige these volunteers to save time and headache, or because they did not feel comfortable with the confrontation — and candidates knew this. It is not difficult to see how laptopping is coercive and manipulative, and that is certainly why in years past, laptopping has been illegal. It brings out a dark side of elections, in which the candidates do not respect the students they seek to represent.

There have been different attempts at regulating this practice, to no effect. As elections frequently happen during midterms, how can we tell who is studying or who is laptopping? Requiring the individuals who have personally been laptopped to file reports did not help —  most students do not know that they were the target of this coercive tactic. Yet when we allowed anyone to file reports on laptopping, sabotage and framing became rampant and candidates nearly lost their entire campaign to false reports. Everyone was left angry, hurt, and the democratic process almost in shambles. Much like prohibition in the early 20th century, we were left with a rule that did more harm than good, with no real power to enforce it.

Thus, at the beginning of 2016, members of ASUCR and pro-staff came together to figure out what kind of changes we needed to make to the election code to ensure that we could avoid the pitfalls of previous years. One such change was the removal of the prohibition against laptopping, falling in line with the practices of every other UC. The removal of this prohibition was not an act of condoning the practice, but rather an acknowledgement that what we had tried for years was simply not effective.

In the absence of prohibition, we have chosen to approach the matter not from an enforcement perspective, but from an educational perspective. All undergraduate readers have received an email explaining what laptopping is. We have people on the ground, ready to help break up instances of laptopping if necessary. At the top of the voting page, everyone will be able to see a bright warning against laptopping. The Highlander Newspaper has worked with me to make this Op-Ed possible, to reach even more students. And, I have personally discouraged all candidates from engaging in laptopping, citing the philosophy of “Just because you can doesn’t mean you should.”

These steps have been designed to prevent laptopping and protect the student public, while ensuring that no candidates need to fear being unfairly targeted by framing ever again. I believe that this year, we can all work together to successfully stamp out laptopping by shaming any individual who engages in it and ensuring that they do not get elected, not by just pretending that simple prohibitions are enough as in years past.

All candidates have been warned against laptopping. All candidates have been told that it is manipulative, coercive and a poor reflection of their campaigns. If they choose to laptop anyway, you now know exactly how much they value the students and the democratic process.
I personally urge you, if you are being laptopped, to sign out and walk away. Your vote is your right, and your vote matters. Do not allow someone to take that away from you.