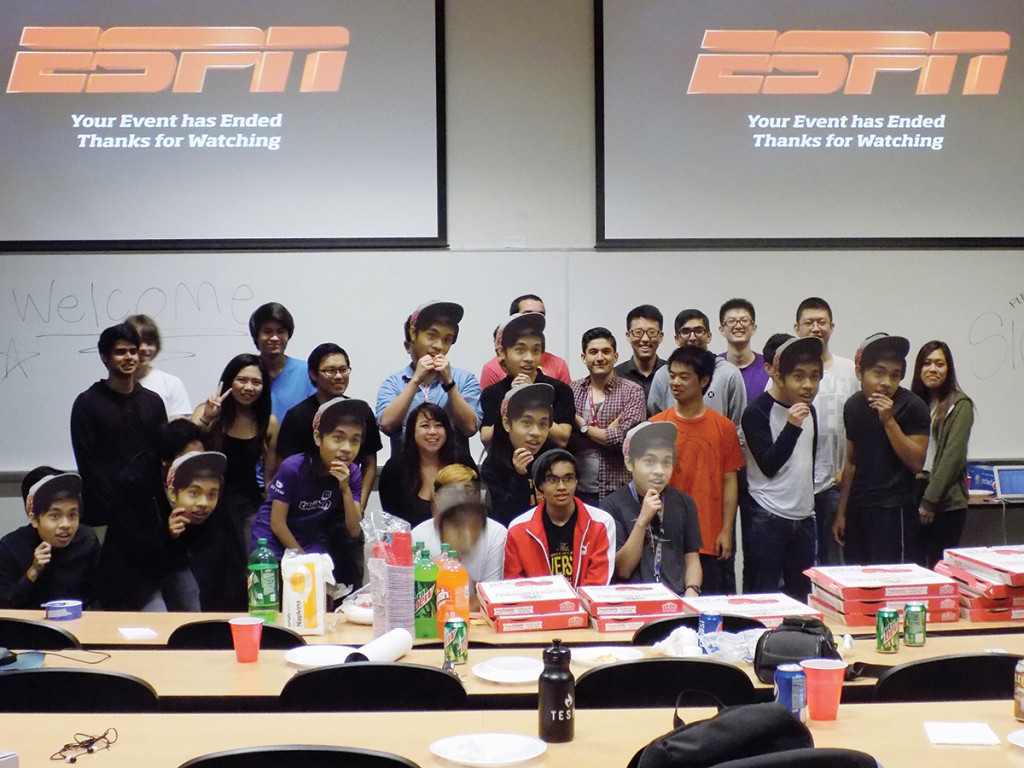 Compared to the other UCs, UCR’s Highlander Gaming is relatively new. While the other UCs have had e-sport clubs for 10-plus years, Highlander Gaming was founded only three years ago “to build a community for UCR “StarCraft II (Wings of Liberty)” players, who wanted to grow alongside the fellow UC e-sports clubs”  explained the current president, second-year business major Sabrina “Sab” Wong.

When asked about “StarCraft II” and its appeal, member David “SoLegit” Ramos, a second-year business economics major, explained that the game “uses a resource system to build an army and destroy the opponent’s base to win. It’s considered to be one of the most competitive games in the world. The competitiveness and the space theme of the game makes it both fun to play and watch.”

Highlander Gaming has expanded to include not only other PC games, but also video games from all consoles, trading card games such as Pokemon, and even board games like “Settlers of Catan.” Both Wong and Ramos agreed that their favorite game had to be “League of Legends” (LoL). LoL is a multiplayer world where teams of “champions” battle against each other. “(LoL) relies heavily on teamwork, which makes it fun to play with friends and is basically a social network,” said Sabrina.

Just recently, Highlander Gaming participated in the Collegiate Colosseum tournament for e-sports (For you non-gamers, e-sports is a term for professional competitive electronic gaming). The tournament includes competitors from several western universities, including all the UCs. It is basically a Let’s Play (a term for when you film yourself playing video games) of player-versus-player games on a grander scale. As Wong explained, the competitors are up on a stage while big monitors are projecting what is on their computer or console screen.

But you do not have to be there in person to watch them play. The tournament, which happened this year on April 2 and April 3, is live-streamed and can draw anywhere from 5,000-10,000 watchers on Twitch (a popular e-sports live-streaming site).

Highlander Gaming members have gone on to win major titles in the Collegiate Colosseum tournament, described by Ramos as the “biggest college event” for gaming. Even though players win monetary prizes in the tournament, it is clear that the real prize is being able to say that you are the best at a game. As Wong proudly told me, they are number one in the West for “StarCraft II.” Ramos has been the number one player in North America for “Hearthstone: Heroes of Warcraft” multiple times. Finally, Aton “Filipinoman” Herrera is one of the world’s best when it comes to the “Street Fighter” series. Even though they’re a newer club, Highlander Gaming has proven themselves to be a club of talent.

Highlander Gaming isn’t just about playing video games — it’s about socializing with others who have a passion for video games. Members are able to score video game merchandise such as controllers, T-Shirts and game-redeemable gifts like in-game rare content through Riot and Blizzard Entertainment. Highlander Gaming also hosts events such as viewing parties of gaming competitions shown on ESPN. It is worth noting that Tim Kimbirk, who is a journalist for ESPN E-sports, is a Highlander Gaming Alumni.

All in all, Highlander Gaming is a “very accepting group,” remarked Ramos. Wong added that this also makes them “accessible” because they accept “any and all kinds of gamers.” As someone who primarily watches Let’s Plays, hearing about the dedication of Highlander Gaming was rather intimidating. But after talking to them, I realized that it’s not about how good you are at games, rather the enjoyment of being with people who share the same interests as you.