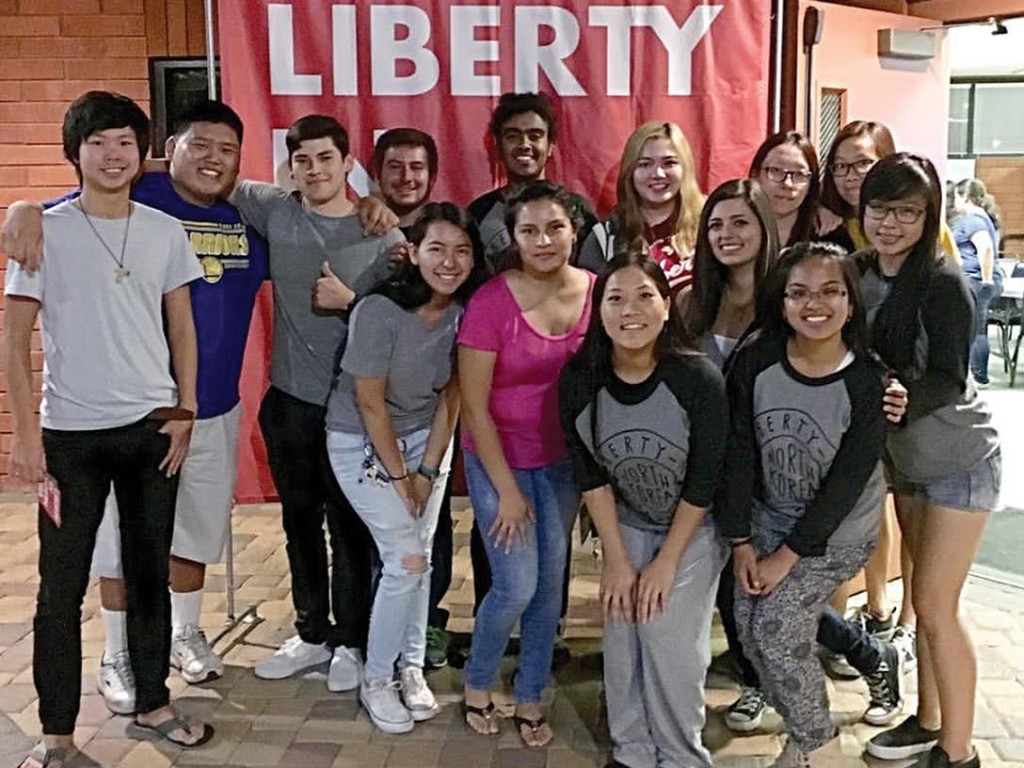 The thought of living in North Korea is a harrowing one. Their regime is ruthless, restrictive and devoid of any right of basic freedom. No human should live under oppressive conditions from their government. That’s where the human rights organization, Liberty in North Korea (LiNK), steps in with their main mission being to focus “on the resettlement of North Korean refugees who have defected from their country.” Not only do they prove that a UCR-based club can have a goal that is international, but they also prove that the goal can be life-saving.

The club on UCR’s campus is one of many chapters nationwide, which are deemed “Rescue Teams.” The Rescue Team on campus takes LiNK’s name to promote their personalized mission. Club president and fourth-year English major, Anthony Alarcon, says that their mission is to fundraise “in order to provide resources for the escaped refugees” and to “spread awareness about the human rights violations the North Korean people face.”

Although LiNK is well-established throughout the country, UCR’s own club is fairly new, having only been established three years ago. “There was another iteration of a LiNK club but that club dissolved long ago before the current club was started,” says Alarcon. The club wouldn’t have seen the light of day again if it wasn’t for former-president-now-vice-president of LiNK and fourth-year political science major, Bradford Choung.

Choung’s upbringing was a key factor in his efforts to reestablish LiNK at UCR. “Growing up as a second-generation Korean-American, my parents, aunt, uncles, grandmothers and even some cousins are immigrants here,” says Choung, “To put it shortly, I was told, ‘North Korea is evil and I have no reason to associate myself with them.’”

Choung was first introduced to LiNK and their mission as a junior in high school when he went to a documentary screening his school’s own Rescue Team put on. Choung continues, “Hearing stories of what trauma North Korean people go through in (their country) — the lack of rights, freedom to travel or practice any religion — rights we in America take for granted broke my heart.” Choung immediately joined LiNK in high school and later, upon beginning his academic career at UCR, he put the plan in motion to reestablish LiNK as a club on campus again.

Having been reestablished recently, the club is still fairly small and, as of now, doesn’t hold too many meetings. Andra Lai, a member and second-year global studies major says that “it’s understandable because we are still working towards our goal of fundraising enough for at least one refugee, and it is a slow process.”

But it ultimately doesn’t stop her from enjoying LiNK. “The best part about being a part of LiNK are the people I meet and seeing them go on to do wonderful things out of the ‘norm,’” says Lai. Having the privilege to potentially save someone’s life has been eye-opening for her.  Lai continues, “It makes me realize that there are so many possibilities and different paths to take. I realize that my options aren’t just doctor, lawyer or business like most Asian families want their child to be.”

In terms of what LiNK has done on campus, Choung says that they’ve held “many documentary screenings that help spread awareness on the human rights abuses and what life is like for the regular North Koreans.” LiNK also finds unique ways to raise money to rescue North Korean refugees. For example, just this past weekend, LiNK held a video game charity tournament based on “Super Smash Bros.” for Wii U. LiNK has tried to hold video game charities every other quarter, each with a different game as the focal point.

Despite fundraising being a slow process, Alarcon says that it has ultimately paid off. “As of today, we have raised $1,770 out of the necessary $3,000 to help rescue a North Korean refugee. It may seem a lot for one person, but that is still a human life.” Even though this is Alarcon’s last year at UCR, he wants to see the club grow into something more and to get “more people interested in what is going in North Korea besides the usual news we hear online and in the news.” Alarcon hopes the club will end up reaching its $3,000 goal by the end of next year.

Something that people in LiNK have in common is that many of them decided to join after watching documentaries about the situation North Koreans face. Alarcon claims documentaries such as Vice’s “Inside North Korea” and LiNK’s own documentaries, “Danny from North Korea” and “The People’s Crisis,” made a strong impact on him. “I felt a deep innate sense to try and do something about it,” states Alarcon. “I feel we all are called to help others in need and this issue was a particular one that I resonated with. I highly encourage everyone to find some sort of cause or endeavor they affiliate with and do what they can to help.”

No matter the size of the club and no matter how long it takes, LiNK has proven that they will do what they can to save someone’s life from the oppressive regime in North Korea.